Keeping a promise… a visit to Penn

When my son suggested we take the car out for a run, he left it to me to decide where we would go. Choosing a route that would put the ‘new’ car through its paces, and assuring myself that he wouldn’t mind me visiting the odd place or two… just quickly, with the camera… I decided it was about time I kept a promise to Noelle Granger and wander out to Penn and Jordans so I could share them with her, at least online. Sadly, we could not visit the Mayflower Barn, allegedly made from timbers from the famous ship of that name. 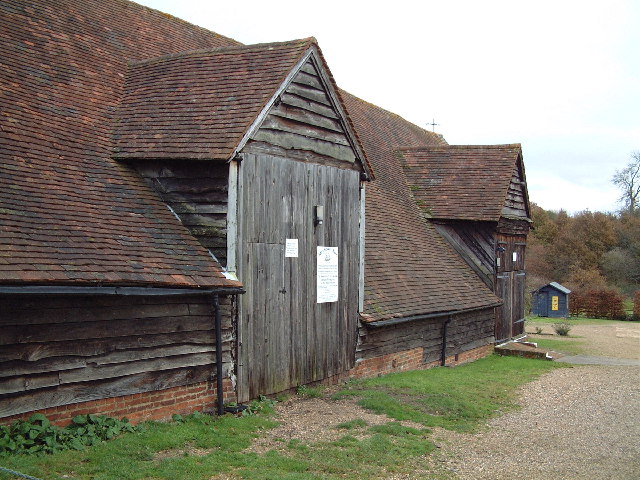 The barn, once open to the public, is now in private hands.  We could not park anywhere near the burial ground of the Friends Meeting House, where William Penn is interred either. Penn was the founder of the North American Colony of Pennsylvania in 1681 under the royal charter granted by King Charles II. After failing at Jordans, the very least I could do was visit the church in the village of Penn and see what it might offer. Although Penn was a Quaker, every old parish church holds traces of local history. 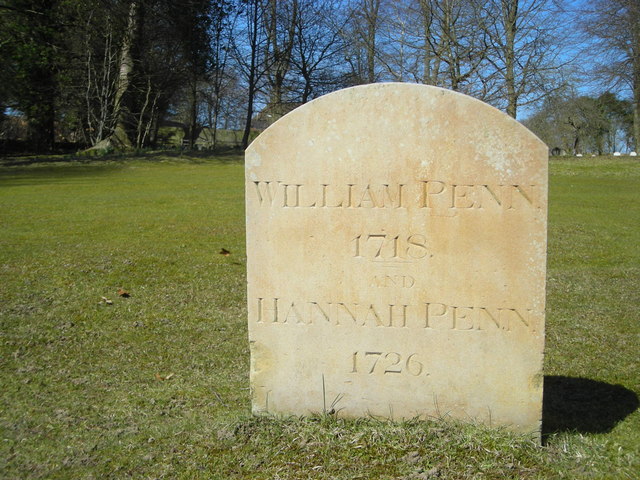 A family named Penn lived at Segraves Manor, the ‘big house’ in the village of Penn, and William’s father, Admiral Sir William Penn after whom William named the colony, believed himself to be a descendant of this family…wrongly, as it turns out. It would have been a useful relationship, as there were royal connections going back to the previous century, when Sybil Penn was nurse to the young Edward VI and his sister, who would become Queen Elizabeth I. The main royal connection in William’s day, though, was that King Charles owed his father money and the lands granted to William in America were in payment of this debt.

As I wandered up to Holy Trinity church, I wondered what, if anything, I might find. My visit was to be in the nature of a ‘raid’… a rapid descent with a camera to document as much as possible in as little time as possible. It is a technique we have perforce perfected when we find ourselves arriving at a church a few minutes before the bride or the coffin. It is not the best way to experience a church, or any sacred place for that matter, but it is often a good place to start. No research, no expectations… and if I thought this was going to be a ten minute raid, I was very much mistaken….

The first job is always to walk around the church exterior, have a look at the gravestones and architecture… get a feel for how the place has evolved over the centuries. This one seemed to have a rather suspicious-looking stone beneath the base of its tower. It would not be the only one in the area to have used prehistoric stones in its foundations… the church at nearby Chesham has a stone circle as its footings.

Curiously, Penn church is one of three within a stone’s throw of each other that is dedicated to the Holy Trinity. The churches at Penn Street and Seer Green also bear that name and will undoubtedly have to be visited at some point.

This church, however, was first built in the late twelfth century, and the first priest recorded in the area was ‘Hugh, Clerk of Penn’ in 1183. Two hundred years ago, when vaults were dug beneath the nave to receive the bodies of the Curzon and Howe families and those of the grandsons of William Penn, the vicar is said to have seen the date 1177 carved into a foundation stone.

The nave is the oldest part of the building, with the tower being added in the fourteenth century. You can see the changing styles easily in the doors and windows that were added in later years, from the curved doorway dated 1756 to the fifteenth century doorway of the porch with its heavy, ancient timbers.

The oldest grave in the churchyard is that of the William Penn who was lord of the manor in the village, and who died in 1693. Old gravestones sit mellow amongst the daffodils, while newer ones shelter beneath the yews or in the converted garden beyond the wall.

The burial ground is the last resting place of a number of well-known people. Alison Uttley, who wrote the tales of “Little Grey Rabbit”, is buried here, as is Dr Louisa Garrett Anderson who, with Dr Flora Murray set up a hospital on the Champs Elysees, the first hospital for male patients to be staffed and run by women. A darker fame touches two other ‘residents’ of the churchyard; the ashes of Donald Maclean, the Russian spy who defected in 1951, were scattered here on his parents’ grave,  and David Blakeley, murdered by Ruth Ellis in 1955. Ellis was to be the last woman hanged in England. Apparently Penn has another resident too… a ghostly farm worker who rides through the village laughing…

Without even getting through the door of the church, Penn was proving interesting, from its origins to its more modern history. In recent years, the village has been home to Midsomer Murders and the set of Nanny McPhee, as well as being the home of authors and stars of stage and screen. It is also still the home of the descendants of Sybil Penn who was the Tudor royal nurse, and the churchyard contains many relics offered by Earl Howe and the Curzon family. I was to learn more of them once I made it through the doors…

The doors themselves, though, were worth a look. Once beyond the old timber, there are modern, etched glass doors showing the founders of the Penn dynasty.

After the exterior, it was a bit of a blow to find modern doors. Their design might be superb, resembling the funerary brasses that mark so many passings. The dedication above the door to William Penn might well express sentiments I could not argue against.

But if the eight hundred year old church had been modernised, I wondered what horrors might have been perpetrated within in the name of progress.

And yet, in spite of the modern woodwork, the Roll of Honour still hangs beside the doors, commemorating the villagers who lost their lives in the WWI.

And, with a touch of real, simple beauty, the window embrasure of the porch holds a gift ‘for wayfarers’. Maybe it would not have been too badly modernised. Maybe there would be something worth seeing inside the church after all. What I found was far more than I bargained for. No, this would not be a ten minute raid…

Sue Vincent is a Yorkshire-born writer and one of the Directors of The Silent Eye, a modern Mystery School. She writes alone and with Stuart France, exploring ancient myths, the mysterious landscape of Albion and the inner journey of the soul. Find out more at France and Vincent. She is owned by a small dog who also blogs. Follow her at scvincent.com and on Twitter @SCVincent. Find her books on Goodreads and follow her on Amazon worldwide to find out about new releases and offers. Email: findme@scvincent.com.
View all posts by Sue Vincent →
This entry was posted in Ancient sites, Art, Churches, England, History, Photography and tagged america, Holy Trinity Church, Jordans, Penn Buckinghamshire, Quaker, twelfth century church, William Penn. Bookmark the permalink.

62 Responses to Keeping a promise… a visit to Penn