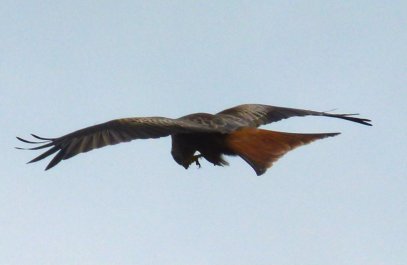 Sleep would have been nice. I’m told it is good for you. I was certainly tired enough and expected to fall into a deep slumber as soon as my head hit the pillow… well, at least by the second chapter… and indulge until daylight. No such luck.

The clock said four a.m… it had said one a.m. as I turned out the lamp… and while I gritted my teeth and tried to resist, dragging the duvet over my head stubbornly in the interest of getting some much needed rest, the dreams were gnawing at my ear like a small rodent and telling me to get up and do something about them. And I was wide awake. You wouldn’t think something as ephemeral as a dream, small as a mouse could be so insistent… but then, mice are persistent creatures. I gave in. Stopped fighting. Sometimes it is the best thing to do.

I got up and dealt with the nagging of the dream, which turned out to be more ursine than murine, and that left me and the coffee twiddling thumbs before dawn yet again. Still, there are benefits to being up early, though the dog sees them merely in terms of an early start with the tennis ball and a dawn raid on the treats.

An article in the inbox sent me of researching, leading me off at various tangents over the second coffee. Persistence pays off, but it can be a double edged sword. You need the quality in order to achieve anything, yet the tight focus required inevitably blinds you to the wider picture that may include many more possible avenues than the one you are driving at… or feel you are driven towards. 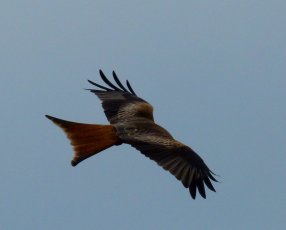 I watched this in action one day as I drove home from my son’s. The busy road runs through a landscape of ploughed fields and as I drove a red kite flew alongside me for about half a mile, keeping itself level with my eyeline and speed, which, when I think about it, was awesome enough in itself. There was a moment… a split second… when it hung in the air, then swooped below the line of the hedgerow, emerging with a small rodent in its talons. The speed was incredible; it all happened in a glance through the side window and then it was away, soaring.

Sue Vincent is a Yorkshire-born writer and one of the Directors of The Silent Eye, a modern Mystery School. She writes alone and with Stuart France, exploring ancient myths, the mysterious landscape of Albion and the inner journey of the soul. Find out more at France and Vincent. She is owned by a small dog who also blogs. Follow her at scvincent.com and on Twitter @SCVincent. Find her books on Goodreads and follow her on Amazon worldwide to find out about new releases and offers. Email: findme@scvincent.com.
View all posts by Sue Vincent →
This entry was posted in consciousness and tagged being, landscape, Life, love, magic, nature, Photography, The Silent Eye. Bookmark the permalink.