Understanding, for some, has been around for millenia…

But is ‘standing under ‘ a concept the same thing as having a concept ‘hanging over you’ ? Or is that merely superstition?

Sheep really shouldn’t be behaving in that way, not only are they stalking prey, they have taken up the battle position known in military circles as the ‘arrow-head’ phalanx.

This particular pattern was first used by the Athenians at Marathon when they withstood Xerxes and his Persian armies long enough to save their city state, or was that the Spartans at Thermopylae? And what precisely is a ‘heated pylon’ and how in those hoary old days were they heating them? By hot-spring, presumably… 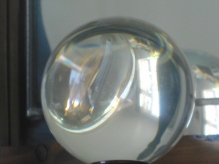 The state of our own cities is much less secure and seems destined to finally ‘crumble’ or ‘putter-out’ under the combined force of home-workers and mask-wearers.

Which would mean that Mister Wells was sort of right, but was also sort of wrong too.

Perhaps the crystal ball he was using was occluded?

Sue Vincent is a Yorkshire-born writer and one of the Directors of The Silent Eye, a modern Mystery School. She writes alone and with Stuart France, exploring ancient myths, the mysterious landscape of Albion and the inner journey of the soul. Find out more at France and Vincent. She is owned by a small dog who also blogs. Follow her at scvincent.com and on Twitter @SCVincent. Find her books on Goodreads and follow her on Amazon worldwide to find out about new releases and offers. Email: findme@scvincent.com.
View all posts by Sue Vincent →
This entry was posted in albion, Books, Don and Wen and tagged interpretation, landscape, magic, mystery, Photography, psychology, story, writing. Bookmark the permalink.