Going West… On the Road 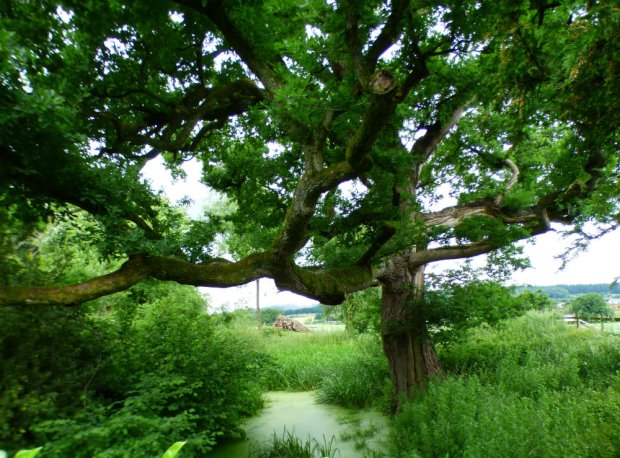 We were heading into the west… over the border. Our destination? Friday. Other than that and the hotel we’d booked for the night, we had few plans. For now, it was Wednesday morning and we were enjoying roads that took us through pretty Cotswold villages and past churches, ancient sites and inns where we would normally have given in to the temptation to stop…but we had a long drive ahead. 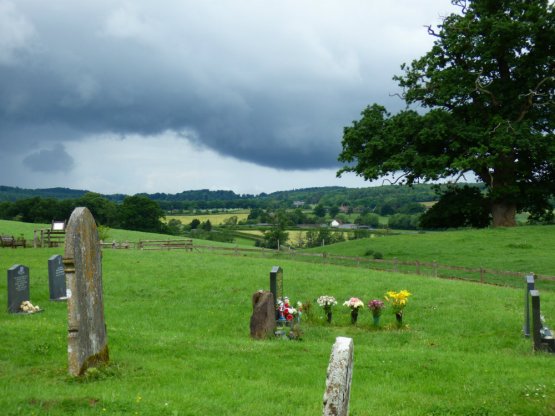 The Silent Eye’s Whispers in the West weekend was due to begin on Friday afternoon at a beach near St David’s, the westernmost point of Wales. We had been due to visit Ireland, yet once again, the prospective house-move had rearranged our plans…which ought to have been a clear enough message… we go where we are called, when we are called… not where we choose. Last time we had tried to force the issue, I had ended up in the burns unit of the local hospital. This time, at least, the house-move had finally happened. And a couple of extra days in Wales would be good. 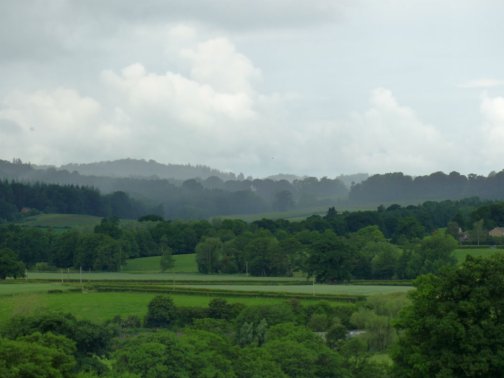 We did have a first destination. It is always good to have somewhere to aim for, even if you get sidetracked… which we usually do. The idea of the Silent Eye landscape weekends is to start with a theme and a loose structure and see what happens. They are not guided tours… although we are guided around these places by a companion who knows and loves them. They are not walking holidays… though we sometimes walk a lot. They are not teaching sessions, though we share and learn a good deal. They are not structured rituals, though they may contain rituals and we approach them with the same intent and reverence for what each of us, individually, holds sacred. What they are times out of time, when the world and its cares are allowed to take second place, where companionship and discussion have time to unfold. Times when there is space for spirit to move where it will, within the beauty of a landscape that speaks to the mind, heart and soul through the experience of the senses. 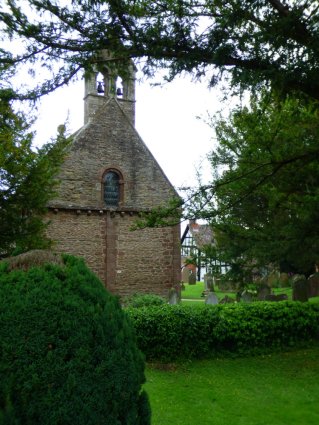 We knew that we would be going back in time with many of the sites we would visit over the weekend, but we had time to skip across the continuum for a while and would start a mere thousand years ago. There was a place we had both long wanted to visit and it was this that saw us heading towards a small Herefordshire village.

Sue Vincent is a Yorkshire-born writer and one of the Directors of The Silent Eye, a modern Mystery School. She writes alone and with Stuart France, exploring ancient myths, the mysterious landscape of Albion and the inner journey of the soul. Find out more at France and Vincent. She is owned by a small dog who also blogs. Follow her at scvincent.com and on Twitter @SCVincent. Find her books on Goodreads and follow her on Amazon worldwide to find out about new releases and offers. Email: findme@scvincent.com.
View all posts by Sue Vincent →
This entry was posted in adventure, Ancient sites, Art, Churches, Don and Wen, History, Photography, Sacred sites, Spirituality, Stuart France and Sue Vincent and tagged Herefordshire, Kilpeck, travel road trip, Wales. Bookmark the permalink.