A Thousand Miles of History XXXXI: An Unexpected Encounter… 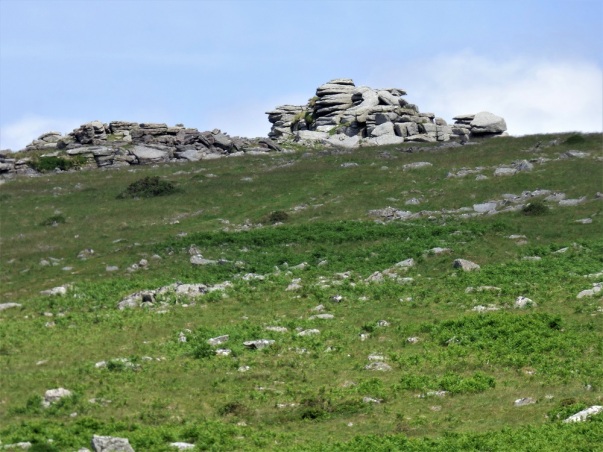 We took to the backroads again, nodding to Drake’s statue as we passed through Tavistock once more, climbing up towards Dartmoor. On our way south, the mists had closed around us completely and we had seen little more of the wild beauty of the moors than the first few yards and the tarmac in front of the car. This time, the skies were clear, and the few miles over the moor looked like taking a while, as I could not resist stopping at almost every possible place. 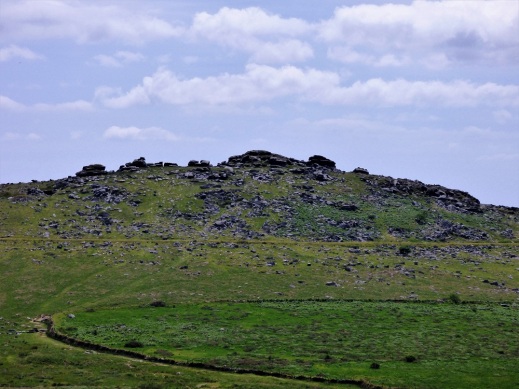 Dartmoor is an ancient and unspoiled landscape. Once, long, long ago, it was forested, but our early ancestors began creating clearings to attract game. That worked so well they no longer needed to follow the herds, but settled down, forming the communities that left behind them a landscape rich in archaeology. A landscape we would not have time to explore on this trip, sadly. 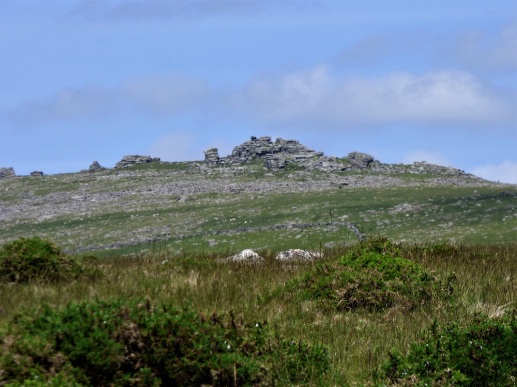 Rocky tors crown the peaks where heather, gorse, and bracken rule over almost three hundred and seventy square miles of moorland. There are innumerable stone circles, settlements, cists, cairns, standing stones and stone rows… I think you could spend a lifetime up on the moor and never fail to marvel at the richness of its history or its bleak beauty. And if the archaeology were not enough, there are many legends and old stories to explore, from the Hairy Hands that grab a driver’s wheel, to tales of piskies for whom saucers of cream are still left at the door, black dogs, strange beasts and the occasional ghost. 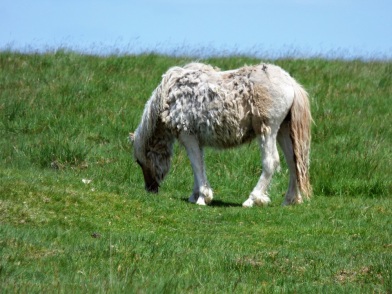 And then there are the ponies. The pure-bred Dartmoor pony is now rare, with only a few hundred on the moor, where once there were thousands. The decline of the tin mines and the advent of mechanisation meant that the hardy, gentle ponies with their thick winter coats were no longer an economic necessity. The few that remain are kept in enclosed areas to prevent interbreeding with the semi-feral hill ponies that wander freely over the moor. It is these that the visitor is most likely to see and, thoroughbred or not, they are a delight. We were lucky to see many mares with tiny foals, some finding their feet and exploring, others just resting amongst the grass and wildflowers. 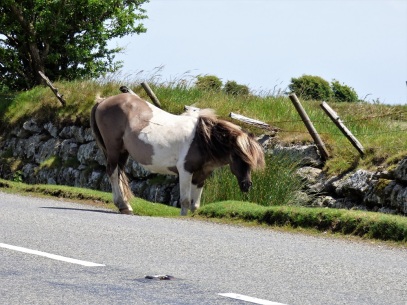 The relationship of man with these beautiful creatures can be traced back at least three and a half thousand years and their bones have been found in tombs on the moor. There is no way of knowing, without evidence, just how long ago man and horse began their symbiotic relationship, but one of the earliest artworks that remains in Britain, dating back around twelve and a half thousand years, is a carving of a horse that we had seen at Cresswell Crags, far away in the north. The ponies continue to play a critical part in the ecology of the moors, trampling down gorse and bracken, and at least one species of butterfly is wholly dependant upon their presence.

Sue Vincent is a Yorkshire-born writer and one of the Directors of The Silent Eye, a modern Mystery School. She writes alone and with Stuart France, exploring ancient myths, the mysterious landscape of Albion and the inner journey of the soul. Find out more at France and Vincent. She is owned by a small dog who also blogs. Follow her at scvincent.com and on Twitter @SCVincent. Find her books on Goodreads and follow her on Amazon worldwide to find out about new releases and offers. Email: findme@scvincent.com.
View all posts by Sue Vincent →
This entry was posted in adventure, albion, Ancient sites, Books, france and vincent, History, Photography, road trip, travel and tagged Animals, Cornwall, Dartmoor, Dartmoor ponies, ecology, hill ponies. Bookmark the permalink.

3 Responses to A Thousand Miles of History XXXXI: An Unexpected Encounter…