Rites of Passage: Light and shade 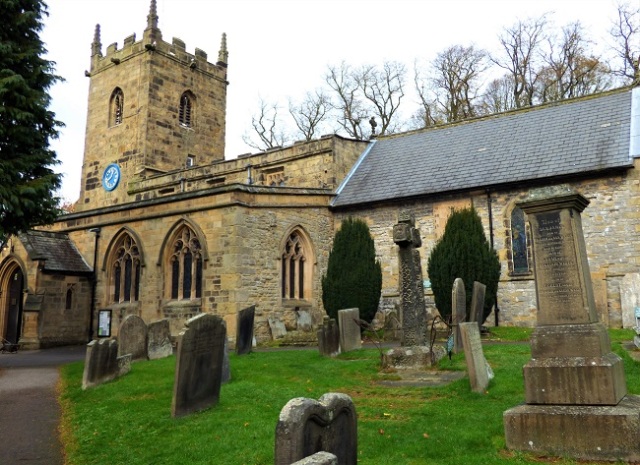 We walked through the village, watching the changing expressions of visitors as the full horror of the plague story hit home. From the mildly curious to the stark shock of those who aligned themselves with the story for a moment, it was interesting to observe those who merely skimmed the history from an emotional distance and those for whom empathy made it personal. It is difficult to keep the story at bay if you open yourself to what people experienced, rather than seeing them just as characters on the page of history.

Central to the story of the villagers’ response to the plague in 1665 was the church, even though all services were soon moved to a nearby field to try and prevent the spread of the disease, and it was there that we were heading. 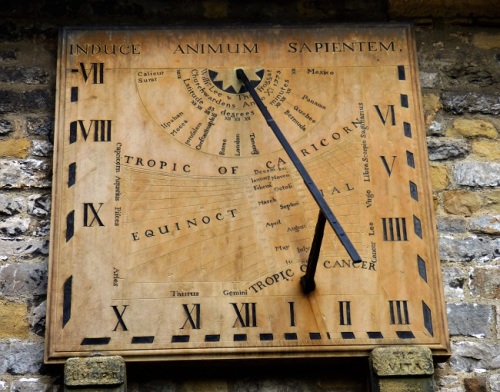 There has been a church in Eyam since before the records of its incumbents began. Its first recorded rector served here in 1250, though its story goes back much further. In the churchyard stands an intricately carved ‘Celtic’ cross of Mercian design, dating back to the eighth century, preserving that mix of Pagan and Christian symbolism that typifies the style. The top part of the shaft is missing, broken long ago for use in domestic building, and we cannot help wondering what artwork and symbolism was lost.

Within the churchyard is the tomb of Catherine Mompesson, the Rector’s wife, who had stayed in the village when others left, to support her husband and his congregation. Her husband had wanted her to leave when they sent their children to Yorkshire for safety during the early days of the plague, but she had refused to go. Catherine was amongst the last to die during the outbreak. You can only imagine how she and her husband must have felt as they faced these decisions. Catherine is buried close to her husband’s church. She was just twenty seven years old.

The current church of St Lawrence is a mainly fourteenth century building, yet traces of its earlier history are easy to find.

In this small church there is a feeling of living history, the continuity is caught and held here somewhere between the ancient burial urn, interred on the moor three and a half thousand years ago and the Saxon font that has seen the baptism of villagers for over a thousand years.

The font stands in St Helen’s chapel and close by a medieval grave slab bearing St Helen’s Cross is set into the wall.

All in all, it is one of those old churches that seems, on the face of it, to have everything we get excited about. It is obviously loved by its parishioners, is well cared-for and, from the children’s corner to the village notices around the church, still very much part of the community today. And yet, there is an oppressive atmosphere, felt by most of us, as if the ghost of sickness still clings to the place, not helped by the story of the plague displayed in the side chapel and the book listing the names of those who died; a place designed for spiritual inspiration given over to the memory of old death. 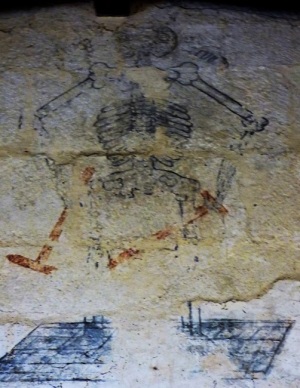 Wall paintings show the twelve tribes of Israel and a Memento Mori of grinning skeletons. But there are a number of beautiful stained glass windows, one of which commemorates Mompesson and his congregation, with vignettes telling their story, from the outbreak of the plague to the tragedy of Emmot Sydall and Rowland Torre, lovers who lived either side of the quarantine boundary.

Emmot, a young woman in her early twenties, lived in Eyam. Rowland lived in Stoney Middleton, a neighbouring village just a short walk away. They would meet every day, as young lovers do, and when the quarantine was imposed, their meetings continued, though they could only shout to each other from a distance.

John Sydall, Emmot’s father, lived with his family opposite the cottage where the plague had broken out. He and four of his children were amongst the first to die. In the spring of 1666, Emmot failed to come to the rendezvous with Rowland. He returned every day to the appointed spot, until the quarantine ended some months later. At the first opportunity, he walked into Eyam to seek for his love, only to be told that she had fallen ill and died in April. One sad story amongst so many… 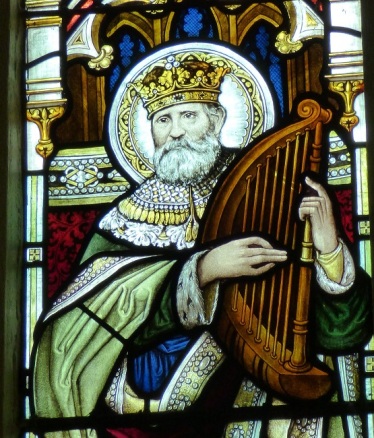 The Mompesson window also contains a ring of roses, in reference to the nursery rhyme, long thought to be associated with the story of the plague. In some ways, it is ironic that the beauty and fragrance of roses should be forever joined in the folk record with such a horrific episode in human history. In others, regardless of the historicity of the attribution, it is a good reminder that apparent beauty may hide its thorns and its petals strew a path to despair, and yet, when we face the horror of our darkest fears, our choices may lift us to the Light.

In spite of its beauty, no-one felt like lingering in the church. There were still two more places we wanted to take our companions that afternoon… and, as we walked out into the sunshine, we were acutely aware that the next story we had to share could be harrowing…

Sue Vincent is a Yorkshire-born writer and one of the Directors of The Silent Eye, a modern Mystery School. She writes alone and with Stuart France, exploring ancient myths, the mysterious landscape of Albion and the inner journey of the soul. Find out more at France and Vincent. She is owned by a small dog who also blogs. Follow her at scvincent.com and on Twitter @SCVincent. Find her books on Goodreads and follow her on Amazon worldwide to find out about new releases and offers. Email: findme@scvincent.com.
View all posts by Sue Vincent →
This entry was posted in Rites of passage: seeing beyond fear, The Silent Eye and tagged Black Death, bubonic plague, death, Derbyshire, eyam, fear, genetics, history, landscape, psychology, Rites of Passage:Seeing Beyond Fear, sacred sites, spiritual journey, weekend workshop. Bookmark the permalink.