Yes, the ‘constructors’ of the myths knew of the human soul, and how it functions best, and were keen to communicate this information, and to pass on the secrets of its cultivation to their prospective charges. A pity the same cannot be said of those who designate themselves our ‘controllers’ today.

Taking the old tales literally is a little like trying to use a tooth-pick to tackle the job of a spade.

Who would think to attempt that?

I am hardly likely to object to opening doors…

In the film , the military policeman, Major Calloway, represents, the’Uber ich’ or ‘Over I’. Calloway refers to the second world war as ‘Business’. His name may be a contraction of ‘callous way’. When Holly declares that he wants to get to the bottom of things, Calloway responds, ‘Death’s at the bottom of everything Martins, leave death to the professionals.’ Which is certainly a very callous reply… 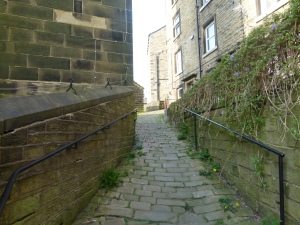 Your penchant for mainstream interpretations does not become you, sovereignty is better than royalty but sovereignty over which realm, or whose?

The precise number of Hydra’s heads has been troubling me for some time. The accounts seem to vary. Both seven and nine, which appear to be the ‘front-runners’, are psychologically interesting and well worth ‘unpacking’.

Sue Vincent is a Yorkshire-born writer and one of the Directors of The Silent Eye, a modern Mystery School. She writes alone and with Stuart France, exploring ancient myths, the mysterious landscape of Albion and the inner journey of the soul. Find out more at France and Vincent. She is owned by a small dog who also blogs. Follow her at scvincent.com and on Twitter @SCVincent. Find her books on Goodreads and follow her on Amazon worldwide to find out about new releases and offers. Email: findme@scvincent.com.
View all posts by Sue Vincent →
This entry was posted in albion, Ancient sites, Books, Don and Wen and tagged interpretation, Photography, writing. Bookmark the permalink.