IndieAni Bones and the Squeaky Hobbit 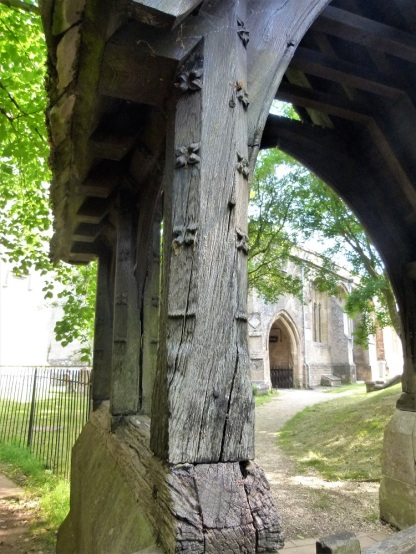 It was the day they took me looking for the Ent and the Thunder Stone… they’d promised me three sites and they only ended up finding two. That’s all well and good, ‘cause it means we’ll have to trot back out there looking for the Hawk Stone at some point… but they’d said three. I reminded them of this as we drove home… a bit of judicious whimpering goes a long way with my two-legses… and eventually, she took the hint and pulled up in a little village street.

She said that she had been here before, but had never properly written about it, ‘cause she’d ended up in the wars that day. For me, though, it was different. They’ve never taken me to a church before and I was really curious about why they turned into churchaholics. So, I dusted off my nose, opened my ears and listened. I still think it was dead mean that they wouldn’t let me do more than stick my nose inside… they said it was so I didn’t disturb anyone, even though the place was empty… and that not everyone thinks dogs should be allowed in churches. Even though their Book says their God created me too… Dead mean. 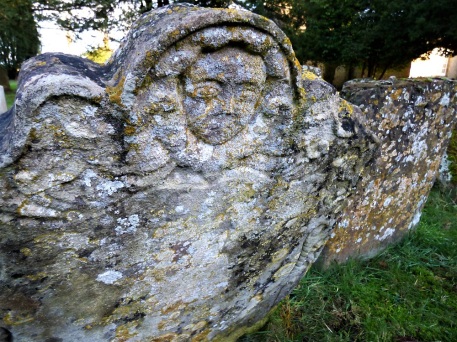 Anyway, we had a good wander round the churchyard first, and there was plenty for me to ‘vestigate there, so we were off to a good start. Other dogs, squirrelly things and rabbits… and lots of old stones and big yew trees. That’s when she started squeaking. She likes yew trees…

Sue Vincent is a Yorkshire-born writer and one of the Directors of The Silent Eye, a modern Mystery School. She writes alone and with Stuart France, exploring ancient myths, the mysterious landscape of Albion and the inner journey of the soul. Find out more at France and Vincent. She is owned by a small dog who also blogs. Follow her at scvincent.com and on Twitter @SCVincent. Find her books on Goodreads and follow her on Amazon worldwide to find out about new releases and offers. Email: findme@scvincent.com.
View all posts by Sue Vincent →
This entry was posted in adventure, albion, Art, Churches, Dogs, Don and Wen, Photography and tagged Enstone, mosaic, Norman architecture, St Kenelm, stained glass, symbolism. Bookmark the permalink.

3 Responses to IndieAni Bones and the Squeaky Hobbit