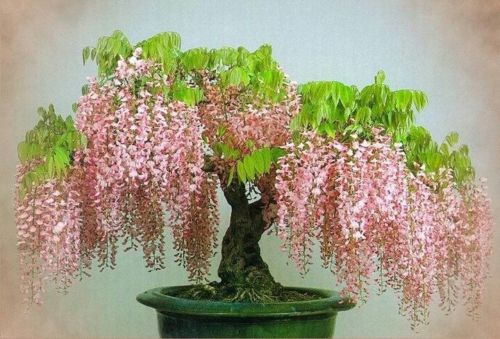 A writer with a passion for bonsai. Image courtesy of Jaye Marie

I have never had many friends. Well, not until now, that is.

I moved around a lot as I was growing up, never staying in one place for long and I suppose I got into the habit of always being alone. Most of the time I preferred it to the company of the people I met.

This sounds awful I know, but not something I could do much about really. You tend to develop a thick skin when thrown headlong into the welfare system, something that did its best to render me unapproachable.

Consequently, as an adult, I always found it hard to cultivate any lasting relationships. Not one, but two marriages failed spectacularly, mainly because I was a poor judge of character. I always thought this was because my disastrous childhood had damaged me, but maybe it goes deeper than that. I am tall, and could hardly be described as ‘delicate’ so shyness didn’t seem to fit somehow. Whatever my problem was, it tended to put people off, and most of them thought I was a bit of a snob and quickly moved on. My mother never liked me either whenever she managed to put in an appearance and that was when I knew that living with me was impossible.

Over the years, my adopted family have gradually taught me to be more human and we get on like the proverbial house on fire now. Probably quite the wrong analogy when I think about it, but you know what I mean.

So imagine my horror, when thinking of starting a blog to promote our books, it suddenly dawned on me that I would be meeting other writers and bloggers along the way. I would need to talk to people. Probably a lot of people.

Some people say that virtual friendship is easy. Just click ‘like ‘and move on to the next one. This is not a good idea if you want to communicate on a deeper level, you know, like listening and caring as well as talking. What would I talk about? What if no one took any notice of me?

I knew there was so much I had to learn, and I had come to blogging with a deep distrust and dislike of computers. If I were to accomplish anything, I would need to ask for a lot of help and/or advice, along with all the watching and listening of course.

Two of the first bloggers I met were Sue Vincent (my host today) and Carol Hedges. Two very different people, but the nicest, most helpful people I could have wished to meet. Between the two of them, they gave me the confidence to build our website, learn the ropes, and find a whole army of friends with vastly different and interesting websites, all constantly inspiring me to be a better blogger and indeed a better person.

Some of the people I talk to in the real world have laughed when I say how many friends I now have, and how we talk about so many interesting things and how helpful they have all been. Most of them are convinced that all we do all day is discuss the weather, what we are having for dinner, and post endless pictures of cats. Well, maybe some of us do… but that is not all most of us do, not by any means.

I have discovered that true friendships are more than possible on the internet. My worries about being ignored have not materialised.  My friends, both male and female have shared their lives, their knowledge, and their books with me and have been so helpful. They have made me both laugh and cry, and I can honestly say that I love them all. When I battled cancer last year, so many people supported me and wished me well, that I swear it was all of you that finally banished the demon, not the surgeon’s knife or that dreaded radiotherapy machine.

In a way, this guest post is an enormous thank you to all the people I have met along the way and count myself lucky to call friends.

My name is Jaye Marie, the ‘oily rag’ of the establishment our blog and up until recently, have always preferred to stay in the background.
Since we decided to publish our books ourselves, most of my other interests have had to take a back seat, and as I am not half as clever as I want to be, they may well have to leave the country for a while. Well, some of them can but not all. I am an avid Bonsai fan and have my collection that demands my attention in the growing season, or they will die. (it is a bit like having children).I have always preferred to be busy, although I did think that now I am over 70  I might be able to relax a bit more. I don’t think I can do that, not really; I’m too nosey. I have to be doing or looking or trying something new. I make plans in my head, knowing that I am probably wasting my time. But I just can’t help it.
For someone who loathes computers, I think I have learnt an awful lot. Not that much really, when you consider how much I still don’t know. But as long as there is life in this old body, I will keep on trying, and you never know, our books might just be a little famous one day!
It won’t be for the lack of trying, believe me! 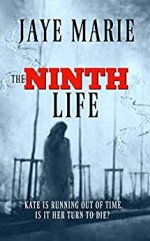 The Ninth Life    (book one in the series)

A dark and disturbing mystery thriller of a middle-aged woman who has escaped death so many times, she would appear to have nine lives.
At least, that is what the mysterious and annoying voice in her head would have her believe.
Always a bit of a loner, with a failed marriage and relationships behind her, Kate Devereau’s life has not been an easy one. Despite her apparent immortality, death might have been welcome.
Set in present day England, Kate’s reputation as an artist has grown, but she has no life other than art. No friends or husband. When people around her start to die at the hand of a serial killer, she begins to wonder if she will be next.
Is she finally running out of time? Is it her turn to die?

“An addictive and rollercoaster of a read” Louise Wyatt 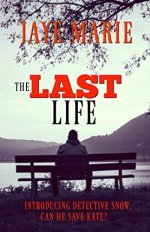 Kate Devereau wakes up in a hospital, unable to speak or move. Her brain has shut down, refusing to acknowledge her dark and disturbing past, concealing a web of painful secrets.
Michael Barratt brought her to the hospital, insisting that her ex-husband had tried to kill her. And from the state of him, had tried to kill him too. He had been searching for Kate for years, ever since their doomed love affair, only to discover someone else had been hunting her too.
With the help of the DI David Snow, Kate will gradually piece her life back together, only to discover the nightmare is far from over.
Her first instinct is to run, but David Snow convinces her to stay and help him put an end to the nightmare. A nightmare that will get progressively worse before it gets better.
Haunted by his own demons, will the Snowman manage to catch the twisted killer?
Evil lurks in this story and people die, but amidst the tears and heartache, a lost love struggles to survive…

This is the light-hearted and hopefully inspiring story of my battle with breast cancer… written to help women just like me, all over the world…
“I called the story “Apple Blossom” because that is the abiding memory of my time at the hospital. In the radiotherapy room, above the treatment table, some of the ceiling tiles had been replaced with illuminated pictures of apple blossom against a blue summer sky. In the darkness of that room, I stared at those images every day for three weeks, desperately trying to remain calm and as peaceful as I could manage.
Even now, months later, I cannot look at apple blossom without remembering how alone I felt, but also how lucky I was…”

If you would like to be my guest on the Daily Echo, please read the guidelines and get in touch!

Sue Vincent is a Yorkshire-born writer and one of the Directors of The Silent Eye, a modern Mystery School. She writes alone and with Stuart France, exploring ancient myths, the mysterious landscape of Albion and the inner journey of the soul. Find out more at France and Vincent. She is owned by a small dog who also blogs. Follow her at scvincent.com and on Twitter @SCVincent. Find her books on Goodreads and follow her on Amazon worldwide to find out about new releases and offers. Email: findme@scvincent.com.
View all posts by Sue Vincent →
This entry was posted in Blogging, Books, fiction, Guest post, writing and tagged author, blogging, community, friends, online friendships. Bookmark the permalink.