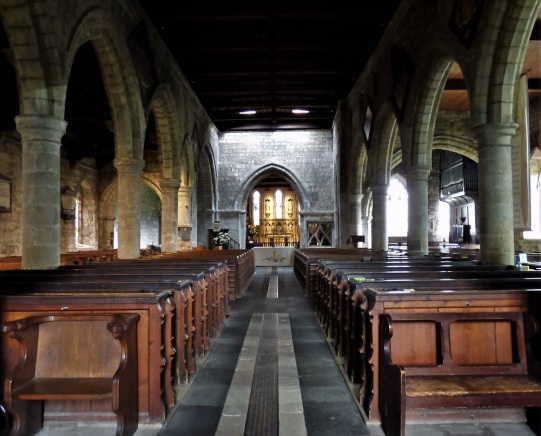 Few churches named after a saint have a historical claim to have been built by their namesake, but St Aidan’s church in Bamburgh is one of the few who have that right. The original church here was founded by St Aidan himself in 635, shortly after he was called to Bamburgh by King Oswald. 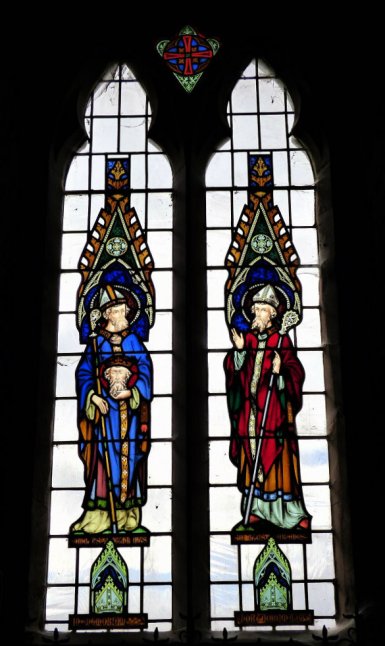 Aidan was a monk at the monastery on the island of Iona where Oswald had been raised as a boy. Aidan, like most of those who served at Iona, was Irish and, in the early part of his mission to Northumberland, King Oswald was obliged to act as his interpreter. King and monk shared a mission to bring their faith to the region and must have become close friends. 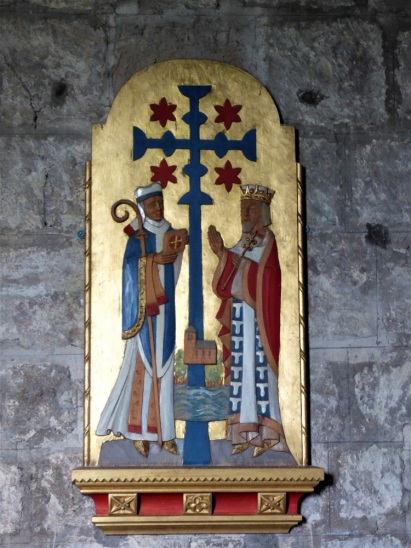 After Oswald’s death in battle at the hands of King Penda, the king was hailed as a saint and many miracles were attributed to his relics and the spot where he died. Bamburgh’s parish church has a chapel dedicated to Oswald as both king and saint, an over its altar is a gilded image of the king with his sister, St Æbbe, whose church we had seen just an hour earlier. 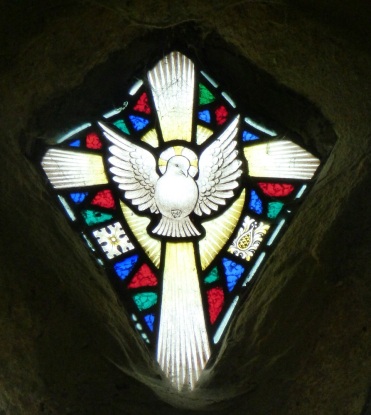 Aidan’s mission continued to receive royal support from Oswald’s successor, Oswine, and the saint’s manner led to these two also becoming friends. When, during his devotions at his new monastery on Holy Island, Aidan saw the smoke of battle rising from the walls in 651, the saint fell to his knees in prayer and exhortation… and, the story goes, the walls of the fortress escaped the flames unscathed. 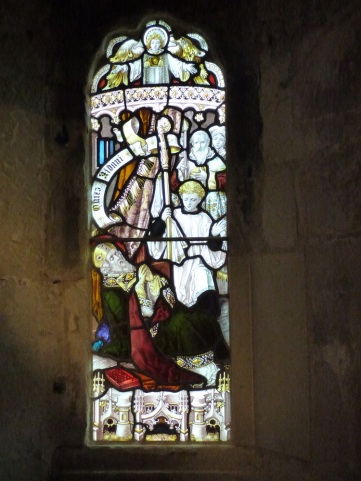 Aidan was a visionary in more ways than one and walked through life in the footsteps of his faith. The Venerable Bede wrote of the saint that he never rode where he could walk, gave only hospitality to the wealthy, and all donations he received were given to the poor, used for housing and educating orphans and for freeing those sold into slavery. Winning the love and respect of all, from the lowliest to the highest, it is little wonder that he is venerated in this area…and especially at the church where he died. 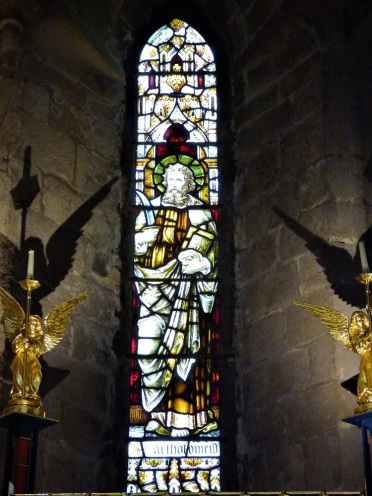 He was buried at his monastery on Lindisfarne, the Holy Island, and although the shrine at Bamburgh stands empty, it is still filled with the light of the many candles that are lit beside it. The atmosphere of the church changes as you pass from nave to chancel and stand before the shrine. 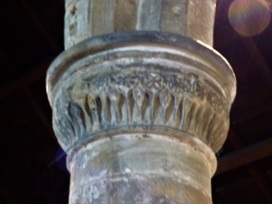 There is a sense of coming into a holy place, quite unlike the feeling you usually experience in the quiet and reverential atmosphere of a church. Perhaps it is centuries of prayer that charges the very air and stone with the faith of the thousands who have paused here, acknowledging that whatever they hold in their hearts stems from One Light, no matter by what Name they know It. 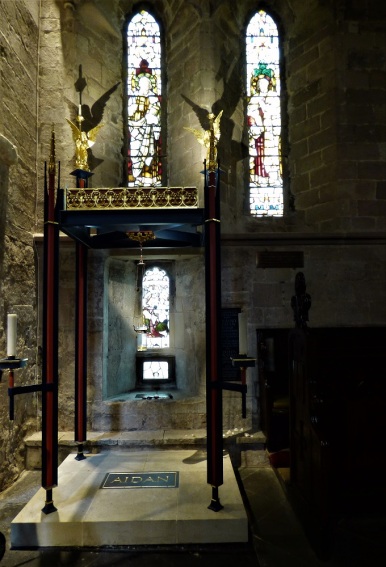 The current church dates largely to the twelfth century. The capital of one pillar bears ornate Norman decoration and the style of the building shows its growth, with rounded Norman arches holding Victorian and modern stained glass beside the windows with later Gothic tracery. 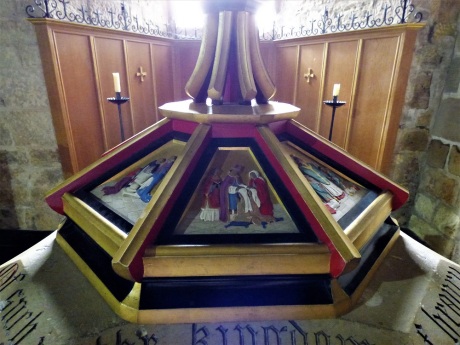 The font is a modern affair, with a highly decorated and unusual cover, showing the offices performed by the priesthood. Whilst its stark colours may grate on modern sensibilities, this bright and ornate style would have been perfect for the early church. In a world where vivid dyes and colour were largely reserved for the wealthy, the churches offered a sacred spectacle to all with wall painted, glass and gilding.  The glass in the church is truly spectacular, with a huge amount of windows casting jewelled light through the shadows.

Sue Vincent is a Yorkshire-born writer and one of the Directors of The Silent Eye, a modern Mystery School. She writes alone and with Stuart France, exploring ancient myths, the mysterious landscape of Albion and the inner journey of the soul. Find out more at France and Vincent. She is owned by a small dog who also blogs. Follow her at scvincent.com and on Twitter @SCVincent. Find her books on Goodreads and follow her on Amazon worldwide to find out about new releases and offers. Email: findme@scvincent.com.
View all posts by Sue Vincent →
This entry was posted in adventure, albion, Ancestors, Ancient sites, Don and Wen, History, Photography, Stuart France and Sue Vincent, Templars, The Silent Eye and tagged archaeology, Bamburgh, King Oswald, skeletons, St Aidan's church, stained glass. Bookmark the permalink.

8 Responses to North-easterly: Sidetracked by Saints