Thanks to Sue Vincent for asking me to be a guest and write something for her blog. Oh, Sue, you don’t know what you’ve done.

Since you asked me, several weeks ago, and I told you I was taking a break from blogging and you said you weren’t in a hurry, I’ve kept thinking about it. In that time I’ve: read several books (fiction and non-fiction. More on that, later), completed the first round of corrections of one of the books I’ve translated (that one into Spanish), completed the draft of another translation (that one from Spanish to English), have written several chapters of my WIP (in Spanish and English. This time I’m trying to do it at the same time, see how it goes) travelled back to the UK from Barcelona, went back to volunteer at Penistone FM (my programme is on Thursdays from 1 to 3 pm, just in case you’re interested, and it can be accessed via the internet, here), watched the second series of Lucifer (great fun!), went to watch Amadeus life from the National Theatre at the Penistone Paramount, a fabulous place, have exercised with YouTube everyday, or most days, have booked a trip to France… Everything but write the post.

Not that I haven’t had any ideas about what to write. First I thought about the nature of self-promotion and how many people seem to think this is something new, but of course, it isn’t. I remembered writing, as part of my BA in American Literature at the University of Sussex, about John Smith (yes, the Pocahontas guy, although…) and how there were two quite different accounts of his travels, one written as a first person straight forward narration, not particularly aggrandising (A True Relation of Such Occurrences and Accidents of Note as Hath Happened in Virginia) and another one, written in the third person, as if it were an objective outsider narration (although it seems written by Smith himself), that’s the stuff of legends, where he is a hero, and yes, this time we have Pocahontas (The General History of Virginia, New England, and the Summer Isles). When I checked the material, I realised it would have to be a very long post, and decided against it. Sorry, John!

Then I thought about Herman Melville (a great favourite of mine) and his novel Pierre; or, The Ambiguities, in particular a fragment of an article the protagonist finds that discusses “Chronometricals and Horologicals” (in case you want to read it, it’s here), the idea that the chronometricals (a sense of ethics and morality given in that case by Christian religion, but you can substitute by any superior being or spiritual plane) might clash or appear difficult to adapt or to live by when seen from an horological point of view (the way we set our behaviour and moral and ethical stance in the world in which we live, at ground level, as it were). Again, on second thought, it was quite a complex subject and the interpretations are so varied I thought it was too ambitious, and perhaps it wouldn’t grab people’s attention.

The character who purportedly pens that fragment got me thinking about Melville’s The Confidence Man and about David Mamet. I wrote my PhD on his films and he’s studied and used the figure of the confidence man in his work more than once. So I thought about that subject, but considering I have whole books studying the figure and have written tonnes about it myself, I thought perhaps not.

Thinking about Sue’s son Nick and his courage, got me thinking about true stories, about movies I had watched recently (like Sully: Miracle on the Hudson, Hacksaw Ridge, Hidden Figures) and wondered if there is anything all these ‘common’ people who do extraordinary things have in common. I haven’t reached any conclusions, other than they seem to care deeply about what they do, they also care for others and never, never, give up.

When I was wondering about leaving the article and trying again when I come back from my trip, I started reading a story in the book by Tony Rauch what if I got down on my knees called ‘how I hope to die’:

I’m at work. At the record store. I need to write something, but I’m stuck. I can’t think of anything super groovy. I need to turn something in for my weekly column in the free journal I write for. When stuck, the common advice always seems to be: write what you know, but I already know what I know, so writing about it would be redundant. Besides, I’m bored with what I know, bored staring at the same four walls all the time, bored staring at the same four walls in my mind. Maybe I just get bored easily. Maybe I should write about what I don’t know. But I don’t know what I don’t know. So I think about that awhile —about all that I can’t see, all that I can’t know.

Well, what about that? In case you’re wondering, the writer in the story goes on to check a newspaper, the obituaries and ends up thinking about how he’d like to die. Don’t worry, I won’t write about that, but the story made me think perhaps I could just tell you about my process. So you’ll know what I almost wrote but I didn’t.

Sorry, it went this way. I’ve finished reading that book (review to follow on my blog soon) and I’ve started reading another one, The Beauty of the Fall by Rich Marcello and I couldn’t resist but share with you a poem a friend sends the protagonist (although he acknowledges he might have changed the ending slightly) because it felt very appropriate, even if it is, ever so slightly, inappropriate.

When the inexplicable fogs

When you’re about to lose what you love most

That got me thinking about a presentation I did once, discussing a scene of David Mamet’s House of Games, but I won’t bore you with that.

Sorry about all the blah, blah, thanks Sue for your offer (I bet you’re sorry now!) and thanks to you all for your patience. Keep reading and smiling! 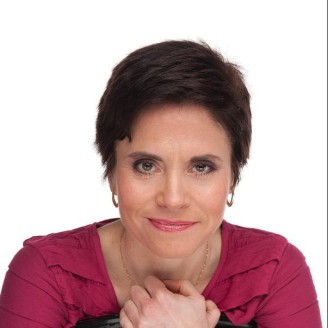 Olga Núñez Miret is a doctor, a psychiatrist, a student (of American Literature, with a Doctorate and all to prove the point, of Criminology, and of books and people in general), she writes, translates (English-Spanish and vice-versa) and although born in Barcelona, Spain, has lived in the UK for many years. She’s always loved books and is thrilled at the prospect of helping good stories reach more readers all around the world. She publishes a bilingual blog (http://www.authortranslatorolga.com) where she shares book reviews, advice, talks about books (hers and others) and about things the discovers and enjoys.

Read on for an extract of Olga’s latest book!

Escaping Psychiatry 2. The Case of the Swapped Bodies 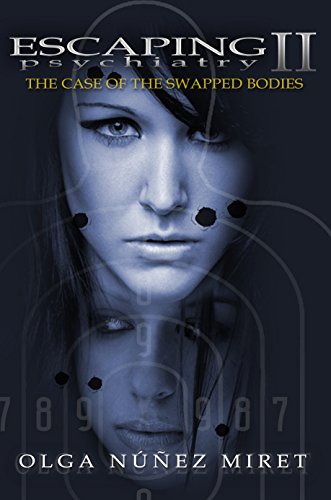 A woman shot dead. No enemies, no motive, only a story about how she swapped bodies with another woman found on her computer. The other woman in the story, the owner of the swapped body, goes into labour and won’t talk.

When FBI Agent Dave Dean asks psychiatrist/writer Mary Miller for her assistance, she doesn’t know that The Case of the Swapped Bodies is not the only mystery in Port Haven. A hit and run, an armed robbery gone wrong and questions about family traditions, priorities and legacies come into play and complicate matters. The line between fact and fiction is more tenuous than anybody realised and suspense is on the menu.

This is the third book in the Escaping Psychiatry series and it poses new challenges for Mary Miller. And not all the challenges are professional ones. How do you carry on when you’ve survived the unthinkable?

I’ve shared bits of the book before, and as it’s just about to be published (everything going well), I thought I’d share another sample.

Here, Mary has just read a document that Dave Dean, an FBI agent who rescued her in a previous case that ended up with the agreement that she might work as a consultant with them, has sent her. It’s about a case. I think the sample is pretty self-explanatory.

Mary was still staring at the computer screen. If what Dave had sent her was a story, it ended with quite a good cliff-hanger. But why would Dave send her a story? He had mentioned a case and said they needed her help.

Her phone rang. It was the man himself. “I thought you might have finished reading it.”

“And what do you think?”

“What do I think? Interesting story. But what does it have to do with the case you were talking about?”

“We’re not sure, but perhaps everything.”

“Everything? You’re being cryptic today.”

“You know I like to keep a sense of mystery in my life.”

Mary wondered about Dave’s evident change of mood but decided not to question it. Whatever would be, would be.

“OK. I’ll tell you the facts, in brief. The police are called to a posh neighbourhood in an up and coming town in the West Coast, at a commutable distance from Silicon Valley—Port Haven. The residents of an upmarket apartment building think they’ve heard a shot. They find the owner of the apartment, Charlie Salter, shot in the chest. She mumbles something about ‘swapped bodies’ before she loses consciousness. She dies on the way to the hospital. The police recover the file you’ve just read from her computer.”

“So…she’d written herself into a story.”

“Well, yes. That’s what they thought. Until they checked the details and discovered that there is a real Maggie Williams with a husband called Todd, three daughters—”

“Bingo! Yes, and she’s due to have a baby any minute, and suddenly she’s become quite successful, setting up an online company with no evident experience or skills in that kind of thing before.”

“They went to interrogate her and she went into labour. She had a healthy baby boy. Mother and baby are OK. After all that, she wouldn’t talk. Not a word. And she’s hasn’t said anything since. Oh, and the best thing about it… They discovered that the file had originally come from Maggie’s computer.”

“So, do you fancy going to Port Haven? Barnes and I should be there tomorrow evening at the latest.”

“It’s not that clear that it might have anything to do with psychiatry.”

“Well, that’s true. But it’s possible that she isn’t talking because there’s something the matter with her. And what do you have to lose? It’ll sure be a good story… And we’ll get to spend some time together.”

“A clever idea, perfectly executed with sharp writing, excellent characters and a lot going for it. Maybe the author’s best so far. Highly recommended.” Amazon review by Molly Flanders.

Sue Vincent is a Yorkshire-born writer and one of the Directors of The Silent Eye, a modern Mystery School. She writes alone and with Stuart France, exploring ancient myths, the mysterious landscape of Albion and the inner journey of the soul. Find out more at France and Vincent. She is owned by a small dog who also blogs. Follow her at scvincent.com and on Twitter @SCVincent. Find her books on Goodreads and follow her on Amazon worldwide to find out about new releases and offers. Email: findme@scvincent.com.
View all posts by Sue Vincent →
This entry was posted in Books, fantasy, fiction, Film, Guest post, writing and tagged drama, Films, inspiration, psychology, thriller. Bookmark the permalink.

18 Responses to Guest author: Olga Núñez Miret – Apropos of nothing