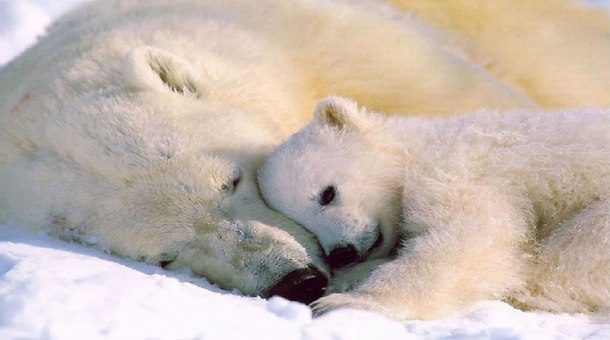 He wasn’t feeling too good so I carried his breakfast through into the lounge where he was watching TV and sat down with him on the sofa for five minutes. He was watching a wildlife programme and, as the small polar bear weakened and failed through starvation, I watched through a veil of tears. My own son beside me, it was easy to recognise the encouragement in the way the ursine mother tried to raise her cub to his feet. That was bad enough. Realising the little one could no longer stand she and his twin snuggled up with the dying cub, sharing warmth and comfort; nuzzling him gently and curled around the little body. Just waiting until the end. I can’t even write it without tears.

There was the debate about how the camera crew could simply stand by and watch, filming the tragedy, but the general policy is that they do not interfere, only observe the natural unfolding of life and death in the wild. To have provided food, had any been available out there in the snowy wastes, would have inevitably meant the taking of one life to sustain another, and while it might be argued that some species face less of a threat of extinction than others, Nature has her ways and it might only have been a postponement rather than a salvation if the young cub was weak. 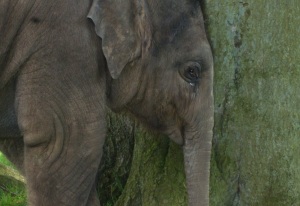 I do not, for one minute, think that the cameraman watched without an ache in his heart, having followed and filmed the bears for so long. You could feel the human emotion in the delicacy of his touch as he filmed those final moments, capturing the body language of maternal grief that seems to carry universal understanding. It was so gently done that it is one of those sequences I shall not forget.

The next sequence of the film showed a seal pup washed away from the herd in a storm and the determination with which its mother and aunt searched for her…. And the very obvious joy and welcome all round when they found her. Sequences like these highlight how closely the threads of life are bound together and could teach us of our similarities with other species, rather than our differences.

It is very easy to say that we project human emotions onto animals and believe them to feel in the self-same way that we do, arguing that this is a human trait and we understand the world only when we see it through our own peculiar lens. This may be true, if a little simplistic; we can only see through our own eyes after all and at least the projection argues some attempt at understanding. 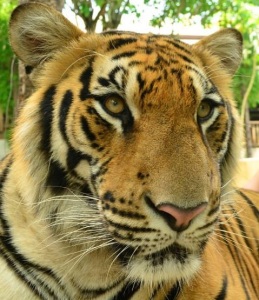 Sue Vincent is a Yorkshire-born writer and one of the Directors of The Silent Eye, a modern Mystery School. She writes alone and with Stuart France, exploring ancient myths, the mysterious landscape of Albion and the inner journey of the soul. Find out more at France and Vincent. She is owned by a small dog who also blogs. Follow her at scvincent.com and on Twitter @SCVincent. Find her books on Goodreads and follow her on Amazon worldwide to find out about new releases and offers. Email: findme@scvincent.com.
View all posts by Sue Vincent →
This entry was posted in Life and tagged Animals, Christ consciousness, consciousness, domestic animals, ecology, emotion in animals, endangered species, extinction, fox, polar bear, WWF. Bookmark the permalink.

18 Responses to Five minutes of film