On the Doorstep: Hidden Histories

There was a point at which we realised that we had got it wrong. That the chapter entitled ‘The Triumph of Horsenden’ should really have been’The Triumph of Bledlow’… but not only did it not have quite the same ring to it, it was the triumph that mattered, not the name of the village… and we had already published. Be that as it may, we really should have gone looking for the church at Horsenden sooner… and the elusive church in Saunderton too, so as it was a sunny day, we braved the cold and went to rectify our omission.

The three churches of Bledlow, Saunderton and Horsenden form another of those groupings so close together that it makes little sense. All three were originally medieval and each is a little more than a mile’s walk from the other, so why build them all in such a rural area? The answer almost certainly lies in the presence of the manors. 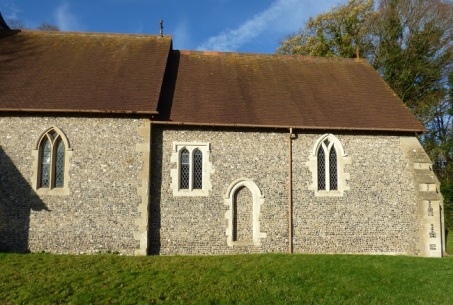 Manors were not originally houses, though great houses were usually built on manorial lands which had been granted by the Crown to one of his barons or lords. Anyone living within the bounds of the Manor then looked to that lord for justice and paid their dues to him too. It established the position and relationship between free men, serfs and peasants and their local lord who in turn looked to the king for authority.

Each manor would be likely to establish and maintain a church. There were once two manors and therefore two churches in Saunderton, dedicated to St Nicholas and St Mary. By 1442, the Church of St Nicholas was in a very poor state of repair and the remaining church, first built in 1227, took both names and became the church of St Mary & St Nicholas. 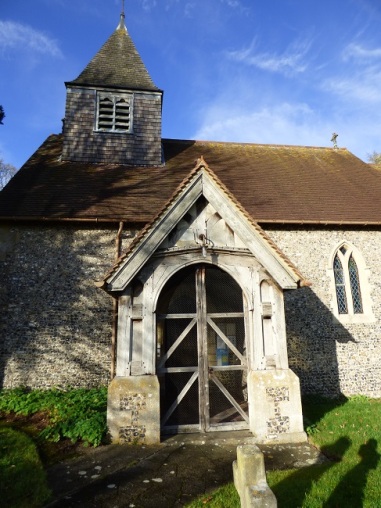 There is a lot of hidden history in the area too, from the granary and hypocaust (central heating system) of a Roman Villa on land belonging to Church Farm, which was unearthed in 1938, to a coffin with human remains close by and a number of burial mounds… prehistoric barrows… many of which have sadly fallen foul of the plough over the centuries. Saunderton also housed the workhouse in the eighteenth century and, being such a remote location at that time, was used to house those who had sought to run away from other workhouses. Which doesn’t seem to sit well with a village whose name may have derived from Santesdune, which may have meant “saint’s hill”.

Near the church are the remains of a Norman motte and bailey castle, almost unnoticeable now due to time and vegetation. By  1086 the Bishop of Bayeux held the manor of Saunderton St Mary while Miles Crispin held the manor of Saunderton St Nicholas, both assessed at five hides each… with a hide originally being the amount of land needed to keep a family for one year.

The current church of St Mary & St Nicholas, if you can find it, tucked away behind a nursing home and Trout Hollow, was first built in the thirteenth century then altered and added to throughout the years as is the way of most community buildings. It was finally demolished and rebuilt between 1888 and 1891, re-using as much as possible of the original building. 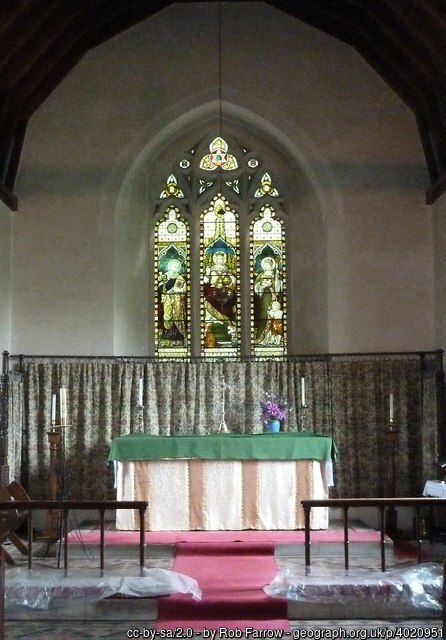 Until the pandemic allows churches to re-open, we will not be allowed inside, where we are assured that we will find doorways, windows and the piscina all dating back to the fourteenth century. The font is even earlier and has been baptising the villagers since the 1200s, while the altar stands on medieval tiles that hold a fifteenth century memorial brass and the altar rails are made from an older screen. Recycling at its best.

The exterior of the church, built by re-using the flint of its predecessor, has an old timber porch with coloured glass windows and is topped by a bellcote whose medieval framework houses three seventeenth century bells. 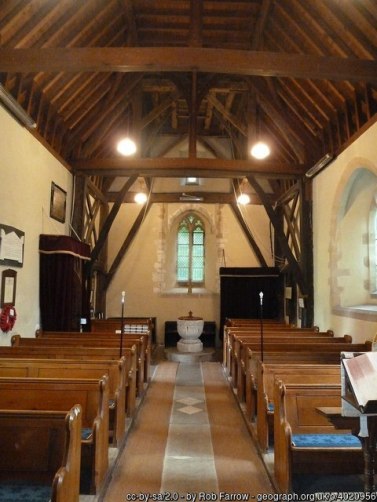 The whole place has a lovely, peaceful feel, with chickens mere feet from the war memorial and red kites flying overhead. The names of those lost to the Great War are inscribed on the memorial and Gary Knight has compiled a detailed biography for each of the fallen servicemen, which brings the carved names to vivid life. I hope that we will one day see the doors of this and so many other churches reopen to visitors, for a place where such care has been taken to preserve the past must be worthy of our time and attention.

Sue Vincent is a Yorkshire-born writer and one of the Directors of The Silent Eye, a modern Mystery School. She writes alone and with Stuart France, exploring ancient myths, the mysterious landscape of Albion and the inner journey of the soul. Find out more at France and Vincent. She is owned by a small dog who also blogs. Follow her at scvincent.com and on Twitter @SCVincent. Find her books on Goodreads and follow her on Amazon worldwide to find out about new releases and offers. Email: findme@scvincent.com.
View all posts by Sue Vincent →
This entry was posted in albion, Ancient sites, archaeology, Churches and tagged bledlow, buckinghamshire, church, Horsendon, manor, Saunderton, The Initiate. Bookmark the permalink.

11 Responses to On the Doorstep: Hidden Histories