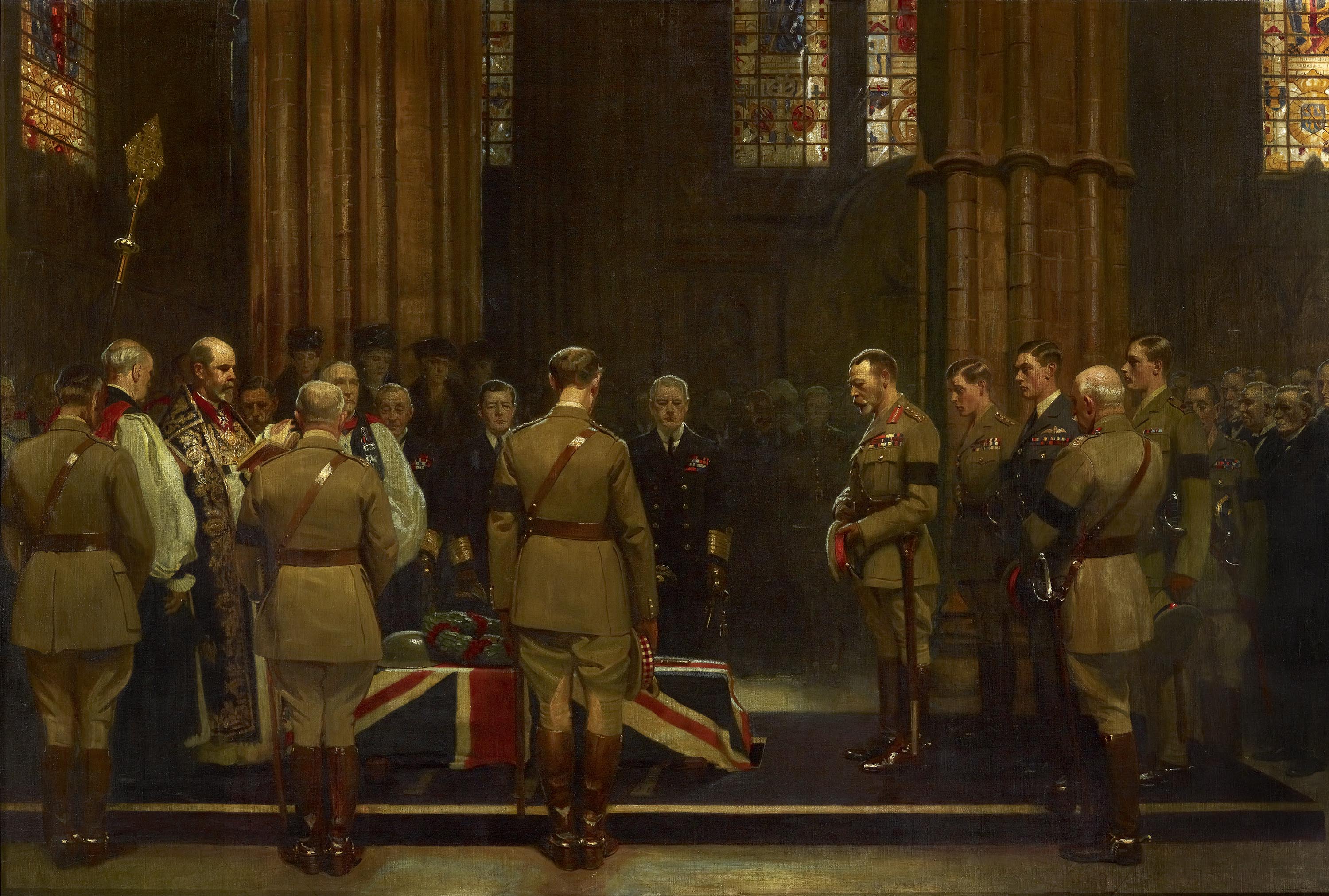 For some reason, the image moved me to tears. The ninety-four year old monarch standing, black-clad, alone and in silent respect, beside the tomb of a man buried six years before her birth on the centenary of his committal to this final resting place. One woman, alone. The grave, outlined in the red of remembrance poppies, is lit by a cascade of white orchids and myrtle… a replica of her wedding bouquet, first placed there over seventy years before, and following a tradition begun by her own mother, Lady Elizabeth Bowes-Lyon, in 1923, on her marriage to the man who would become King George VI.

Lady Elizabeth’s elder brother, Fergus, had been killed during the Battle of Loos in 1915, his body had been buried in the nearby quarry and the details of his grave lost. As she walked down the aisle, the young bride paused to lay her bouquet on the grave of the Unknown Warrior in a personal act of remembrance that has been upheld and continued by royal brides ever since.

The story of the Unknown Warrior goes back to 1916 when the Reverend David Railton, an Army Chaplain on the Western Front, saw a grave marked by a rough wooden cross, upon which was written simply, ‘An Unknown British Soldier’.

Sue Vincent is a Yorkshire-born writer and one of the Directors of The Silent Eye, a modern Mystery School. She writes alone and with Stuart France, exploring ancient myths, the mysterious landscape of Albion and the inner journey of the soul. Find out more at France and Vincent. She is owned by a small dog who also blogs. Follow her at scvincent.com and on Twitter @SCVincent. Find her books on Goodreads and follow her on Amazon worldwide to find out about new releases and offers. Email: findme@scvincent.com.
View all posts by Sue Vincent →
This entry was posted in war and tagged grief, kinship, loss, motherhood, mourning, remembrance, symbol, unknown warrior. Bookmark the permalink.