Ivar the Boneless, also known as Ivar Ragnarsson, was the Viking leader who captured York in AD 866 and called the city Jorvik.

According to Norse legend, Ivar the Boneless was born “without any bones at all.” His mother, Aslaug, was a shaman, and his father, Ragnar Lodbrok, was a famous war chieftain. When they married, Aslaug warned Ragnar that he must wait three nights before making love to her or their child would be deformed. Ragnar didn’t wait and Ivar the Boneless was the result of their union.

According to Viking sagas, Ivar the Boneless had only cartilage where there should have been bone but, other than this, he was tall and handsome. Modern historians have speculated that Ivar could have suffered from a condition called osteogenesis inperfecta, which leaves sufferers with fragile, glasslike bones. Another theory stems from the claim by a farmer that he had found Ivar’s remains and that he was nine feet tall. If that were the case, Ivar would be unlikely to have been unable to stand unaided.

It is theorised that the Ivar the Boneless took the town of York in order to extract revenge on King Aella of Northumbria who he believed had killed his father by throwing him into a pit of poisonous vipers during a Viking raid on the north-eastern shores of England.

According to legend, King Aella was executed by Ivar and his brothers using the blood eagle, a ritual method of execution whereby the ribcage is opened from behind and the lungs are pulled out, forming a wing-like shape.

During our recent visit to the city of York, we went to the Jorvik Viking Centre, the site of the Coppergate archaeological dig. We descended steps to reach the Viking-age street level which is about 9 metres below the modern day street level.

We entered into a large room with a glass floor under which are the remains of two houses. The first house has a hearth and wattle and daub walls and the second house has a cellar with oak timber walls. There are also fences, pits, a drain and a pathway.

After seeing the excavation replica detailed above, we went on a mechanical boat tour of the replica of the Viking Street, which has been created based on archaeological evidence.

A selection of photographs of the Viking street at the Jorvik Viking Centre, York

The tour ended in the museum when various Viking relics were on display. 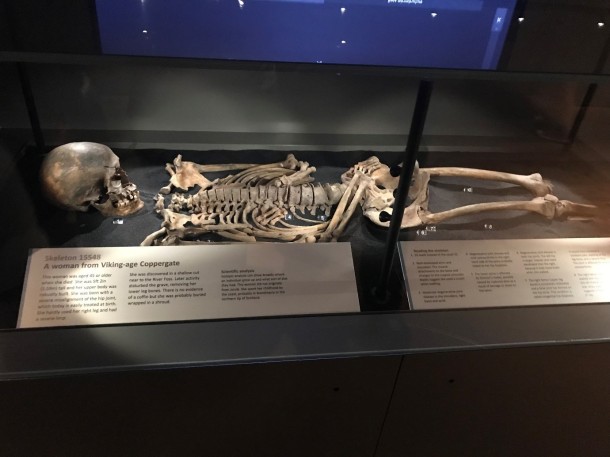 Through the Nethergate, my new supernatural novel, does not have any Viking characters. There are a number of other historical figures from various time periods who feature, however, either during Margaret’s time in Hell or as ghosts who haunt the Inn where she lives, or other places she visits.

This is an extract from a scene that features the sinking of the White Ship in Barfleur Harbour in the 12th century.

“She stood on the deck of the sailing ship. Evening had fallen and a bitter wind was blowing as the crew steered the ship, one of the most advanced vessels of its time, through the choppy, dark water.

The knot of tension in her stomach would remain until they were out of Barfleur Harbour and on the open sea. The harbour was known to be difficult to navigate as treacherous rocks hid just below the surface of the ocean. The loud and raucous behaviour of the passengers and some of the crew fuelled her anxiety. They had been drinking all day and had delayed the ship’s departure until after dark. The party was still in full swing as the revellers enjoyed the wine that had been brought on board for the voyage home.

“Faster,” called her half-brother, William Adelin, a high-spirited young man and heir to the English throne. “I want to beat my father’s ship home.” He spurred on the oarsman who were already rowing full-tilt.

The crash ricocheted through the ship. The collision with a submerged rock ripped a hole in the vessel’s hull. One of the crew shrieked in terror as the boat capsized and started to sink rapidly.

“William, help me,” she screamed, “where is William? William!

William!” She wrung her hands in terror.”

I am an author who has recently branched into adult horror and supernatural writing and, in order to clearly differential my children’s books from my young adult and adult writing, these will be published under the name Roberta Eaton Cheadle. My first young adult supernatural novel, Through the Nethergate, has recently been published. 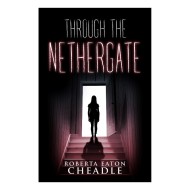 Margaret, a girl born with second sight, has the unique ability to bring ghosts trapped between Heaven and Hell back to life. When her parents die suddenly, she goes to live with her beloved grandfather, but the cellar of her grandfather’s ancient inn is haunted by an evil spirit of its own.

In the town of Bungay, a black dog wanders the streets, enslaving the ghosts of those who have died unnatural deaths. When Margaret arrives, these phantoms congregate at the inn, hoping she can free them from the clutches of Hugh Bigod, the 12th century ghost who has drawn them away from Heaven’s White Light in his canine guise.

With the help of her grandfather and the spirits she has befriended, Margaret sets out to defeat Hugh Bigod, only to discover he wants to use her for his own ends – to take over Hell itself.

Sue Vincent is a Yorkshire-born writer and one of the Directors of The Silent Eye, a modern Mystery School. She writes alone and with Stuart France, exploring ancient myths, the mysterious landscape of Albion and the inner journey of the soul. Find out more at France and Vincent. She is owned by a small dog who also blogs. Follow her at scvincent.com and on Twitter @SCVincent. Find her books on Goodreads and follow her on Amazon worldwide to find out about new releases and offers. Email: findme@scvincent.com.
View all posts by Sue Vincent →
This entry was posted in Guest post and tagged fantasy, history, horror, Ivar the Boneless, Jorvik Centre, new book, Through the Nethergate, Vikings, York. Bookmark the permalink.