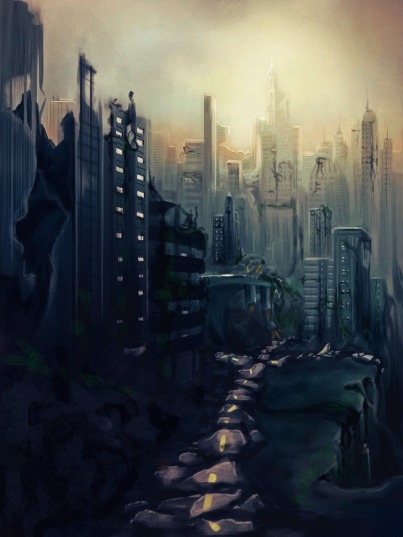 Thanks to Sue for letting me be a guest on her blog. Normally, I would be writing about fantasy or something magical because that’s my main genre.  Yet, it isn’t my only one and I have my smaller world to touch on this time.  In a few weeks, I will be releasing the sequel to Crossing Bedlam and diving back into the realm of adult language, wild violence, dystopian landscapes, insane characters, and sexual innuendos.  This tends to be my downtime project because it doesn’t have the heaviness of my other series.  I get to wrap myself in the crazy fun and just go along for the ride.

I should probably explain what this series is about before I go any further.  This is a world where the United States of America has collapsed because it appears the rest of the world voted to put them in a timeout.  Canada and Mexico put up walls and an international navy patrols the waters to kill anyone who tries to escape.  Those that were out of the country at the time are left alone unless they cause trouble and are shipped back.  Some people think criminals from other countries are being sent to the Shattered States too, but no real proof of that.  Oh, and somebody nuked Washington D.C. a few days after the blockade was established.  No more friends, federal government, or much else before chaos ensued.  The country has spent a little over 10 years as this lawless, insane landscape of death and survival.

Got your interest?  Good because that’s only the setting and has very little to do with the adventures of Cassidy and Lloyd.  She’s a mercenary who lost her mother and he’s the serial killer she busted out of prison to help traverse the country to toss her mom’s ashes off the Golden Gate Bridge.  This is where things went a little screwy for some readers.  Apparently, some people want these two to get involved in the big mystery of the world and figure out what went wrong.  Others want them to conquer the Shattered States or at least part of it.  Yet, none of this makes any sense for a pair that wants nothing more than to survive.  Why investigate the collapse of a nation when it can get you killed quicker than hunting down a bounty?  Why become a ruler and make yourself a target?  Neither of these ‘heroes’ have such aspirations, but it does seem like readers do.

This has made me wonder for the last year if authors should give readers everything they want and if readers should accept what they are given in fiction.  Both groups always have to meet each other halfway.  An author shouldn’t write a story that they don’t feel invested in while a reader shouldn’t demand such a thing.  For me, I won’t pursue a path if I don’t see the story there even if someone is telling me exactly what to do.  In this case, it feels like stuff is being projected on Cassidy and Lloyd that they have no interest in.  They were specifically created to be heroes who only wanted to survive in a deadly world.  My fantasy heroes are the ones who are out to save the world.  These two are more inclined to let he world burn as long as they have marshmallows and a high perch to stay out of the flames themselves.

It really puts an author in an odd position, especially if one wishes to please readers.  You have to decide if their enjoyment and requests are more important than what you wanted from the beginning.  To be honest, I’ve met more authors who continue marching forward with their original plan than those who switch everything upon request.  So this whole thing might be a moot point.  Yet, there are consequences for this like readers quitting on a series or getting complaints throughout the entire adventure.  Unlike when a character complains, you can’t silence a reader by conjuring duct tape or reminding them who brought them into this world.  I mean, you can make those threats, but there are these people called police officers that can put a quick end to your megalomania.

Don’t think readers are off the hook here either.  Trust is a big part of entering a series and following an author.  You need to realize that things happen for a reason and many authors have a goal in mind.  More importantly, you have to trust that they know the characters and can do things that will extend their use.  When you follow an author on a series, you need to be ready for a haul.  Not always a long one, but something that spans a few volumes.  If it isn’t the story then it’s the characters who keep getting into situations.  This is a big reason why the Bedlam Series tends to be written in a style where every chapter is like an episode of a TV show.  I can’t see it working any other way, which is something I hope the readers can see too.  A straight line of a plot and character development is fine, but it isn’t always the best path.

Besides, life is more like a rollercoaster than a boardwalk. Their mentalities aside, I could toss Cassidy and Lloyd into the big picture to satisfy those that continue to ask, but then I would lose them.  It’s a single, obtainable goal that puts them on a linear path and ends their journey once it’s in their hands.  Making them survivors, I can have them goal in multiple directions and handle various situations.  The first book was a journey to honor Cassidy’s mom’s dying wish.  The second, Chasing Bedlam, is a revenge-fueled rampage across the South because somebody was crazy enough to take their car.  None of this could have been done with characters who were thinking of bigger things.  At least, it wouldn’t have the same oomph since those types tend to be selfless and these two heroes are certainly not that.  I mean, they can be, but not to the level that you would need to save the world.  Maybe a small town if they feel like it and there’s a bar that they like in the area. 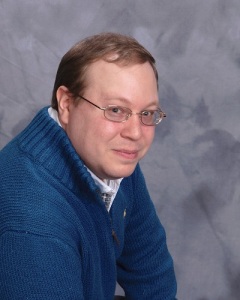 Charles E. Yallowitz was born, raised, and educated in New York. Then he spent a few years in Florida, realized his fear of alligators, and moved back to the Empire State. When he isn’t working hard on his epic fantasy stories, Charles can be found cooking or going on whatever adventure his son has planned for the day. ‘Legends of Windemere’ is his first series, but it certainly won’t be his last. 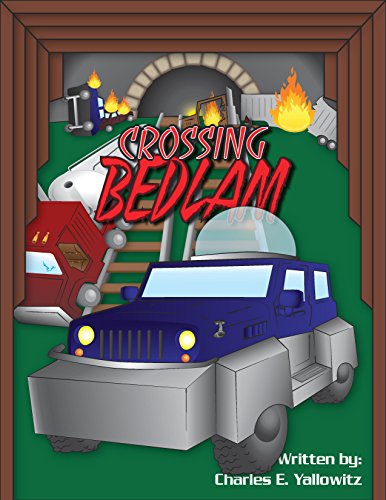 The United States of America has been crippled. Violently contained by a global military force and left without its leaders, the country has become shattered and chaotic. A decade has passed since the first strike and a new landscape has emerged where survival is more important than anything else. Who will uncover the truth behind the attack and revive this once great nation?

It certainly won’t be Cassidy and Lloyd since they couldn’t care less about that stuff. She is a young woman on a mission to honor her mother’s dying wish, which is to toss her ashes off the Golden Gate Bridge. He is an infamous serial killer she broke out of Rikers Island since hiring a bodyguard wasn’t working out. Not the perfect plan, but having an insane, oddly charming murder-junkie on your side is a plus in the Shattered States.

Bullets and swear words are going to fly as Cassidy and Lloyd travel coast to coast, facing one challenge after another . . . including Nebraska.

The second book of the Bedlam Series coming soon.

Follow Charles on his blog or on Amazon to be notified of its release!

Sue Vincent is a Yorkshire-born writer and one of the Directors of The Silent Eye, a modern Mystery School. She writes alone and with Stuart France, exploring ancient myths, the mysterious landscape of Albion and the inner journey of the soul. Find out more at France and Vincent. She is owned by a small dog who also blogs. Follow her at scvincent.com and on Twitter @SCVincent. Find her books on Goodreads and follow her on Amazon worldwide to find out about new releases and offers. Email: findme@scvincent.com.
View all posts by Sue Vincent →
This entry was posted in Books, fantasy, Guest post and tagged bestseller, dystopian fantasy, epic fantasy, fiction, new book, series, Windemere. Bookmark the permalink.