Alan Richardson is one of those authors who seems to have always been on my shelves. I first came across his work more years ago than I care to remember, when I was devouring every reputable book on magic and the Western Mysteries upon which I could lay my hands. Many of these were deep and thoughtful. Others had no more depth than the paper upon which they were printed. They all had something to teach, if only discernment. 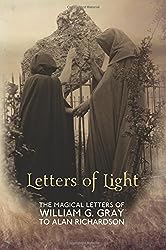 There are  many learned works that seem to be based on knowledge alone, not direct experience. But there are odd gems… the ones that feel right in some indefinable way and bring life to their subject. Where this subject is concerned,  there are few writers who bring more than a touch of their own humanity to the page.  Even fewer who have dared to inject it with humour. Alan Richardson is the only genuine esoteric writer I have found who can have me howling with laughter while, at the same time, leaving me gobsmacked and thinking by dropping the odd, casual nugget of gold.

Some of these eye-openers are tucked away within the pages of fiction. The stories are varied;  ‘On Winsley Hill’ is a dark, esoteric love story set around an ancient site while ‘The Fat Git’ is a hilarious and satirical glimpse into the pomposities of the occult world.

In ‘Geordie’s War‘ we see a different, softer side to the writer as he tells his grandfather’s story, that of a soldier in the Great War. And then, there are the classics. There are works on magic, earth mysteries, ancient Egypt and a rather tongue-in-cheek treatise on how to Google your way to godhood. Perhaps his best known books, though, are the biographical works on some of the most influential figures of the Western Mysteries – Aleister Crowley, Dion Fortune, Charles Seymour and Christine Hartley, and William G. Gray.

He has written more books than I have space to mention. I have yet to read one that I would hesitate to recommend… except to anyone easily offended by reality.

Alan does not have a shiny author platform or dozens of social media accounts. Even his website has fallen by the wayside. You can find him, though, on Amazon and Goodreads and through bookstores worldwide.

In May, Immanion Press will be releasing Alan’s latest book,  The Lightbearer. He says:

“I wrote the first version of this 40 years ago. It attracted much attention but never got published. Thank god! It was totally over-written and shallow as a sheet of graphene. With whatever skills I’ve developed since, this version is the world’s first Kabbalistic, Gnostic, tarot-ic thriller with vigorous tri-lingual sex, lots of heavy weaponry, a few Panzerkampfwagens, a demon, drugs, magick, an obscure, self-initiating Neter from Egypt which will haunt you (I’m serious), an internal challenge for the savvy reader – and elements of Whodunnit. It’s also a love story: whether you’re gay, straight or non-binary (if I understand that word correctly) there should be something here for all libidos. And cat lovers.

“It’s set during a few days in June 1944, when a young American paratroop is dropped behind enemy lines on the morning of D-Day to illuminate the Dropping Zones ahead of the main force. He is dropped in the wrong place, far from the battlefields, and events take a very unusual turn.

“The whole project was prompted by something the adept William G. Gray said to me when, as a somewhat wearisome young man trying to show off, I mentioned that Lucifer was also known as the Lightbearer:

“‘What bears light?’ he rasped. And then, exasperated by my blank look: ‘Darkness bears light!’ came his answer, as he gave me a strange sort of handshake and ushered me to the door while making it silently clear he never wanted to see me again…”

That will be another book on my shelves then….

The Lightbearer will be released by Immanion Press in May 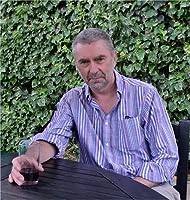 Alan Richardson has been writing weird, wonderful, winsome and frequently embarrassing books – not all of which appear on Amazon – for longer than many of his readers have been alive. He has done biographies of such luminaries as Dion Fortune, Aleister Crowley, Christine Hartley and William G. Gray. Plus novels and novellas that are all set in his local area. He is also an expert on Earth Mysteries, Mythology, Paganism, Celtic lore, Ancient Egypt, jet fighters, army tanks, Wiltshire tea shops, Great British Actors and Newcastle United Football Club. Mind you, he regards supporting the latter as being the closest thing a man can get to a Near Death Experience. He does not belong to any group or society, does not take pupils, no longer gives lectures, and insists on holding down a full-time job in the real world like any other mortal. That, after all, is part and parcel of the real Path – however it might be defined. He is married with four daughters, and lives the life of a Happy Hermit in the south-west of England.
His simple-simple but currently paralysed website is at: http://www.alric.pwp.blueyonder.co.uk

Sue Vincent is a Yorkshire-born writer and one of the Directors of The Silent Eye, a modern Mystery School. She writes alone and with Stuart France, exploring ancient myths, the mysterious landscape of Albion and the inner journey of the soul. Find out more at France and Vincent. She is owned by a small dog who also blogs. Follow her at scvincent.com and on Twitter @SCVincent. Find her books on Goodreads and follow her on Amazon worldwide to find out about new releases and offers. Email: findme@scvincent.com.
View all posts by Sue Vincent →
This entry was posted in Books, earth, England and tagged Aleister Crowley, Charles Seymour and Christine Hartley, Dion Fortune, esoteric writer, magic, occult, William G. Gray.. Bookmark the permalink.