Of Ash and Seed – The mound in the dark grove… 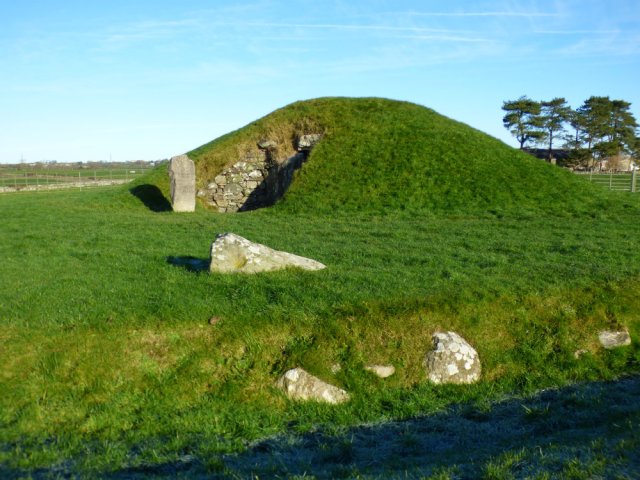 “We might have to go back to the hotel…”  I didn’t look around as I was busy following the car in front and anyway, the snowy mountains of the mainland filled the horizon. My companion had been distracted during the packing process and had not really registered how light the hold-all had felt as it was placed in the boot of the car. One leather bag had, possibly, been left behind. We could not turn back as we followed the others to the first stop of the day… nor could we stop to check until we reached the car park. Yes, we were a bag down. We would have to go back, but not until we had seen this particular site. 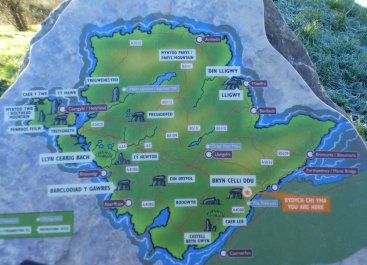 I have wanted to see Bryn Celli Ddu, ‘the hill in the dark grove’, for a very long time. So has Stuart, so that fact that Steve had chosen to include it in the weekend was a real gift. It is, by far, the best known prehistoric monument on Anglesey and one well-known to many with an interest in the ancient places of our ancestors. 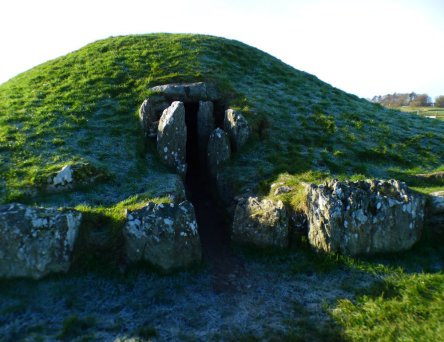 The ‘hill’ refers, perhaps, to the burial mound… a passage tomb. The ‘dark grove’ is no more…though whether the grove was of living wood or of standing stones, we may never know. We do know a good deal about the history of this site, in archaeological terms at least, yet its secrets remain shrouded beyond the mists of memory or conscious knowledge. 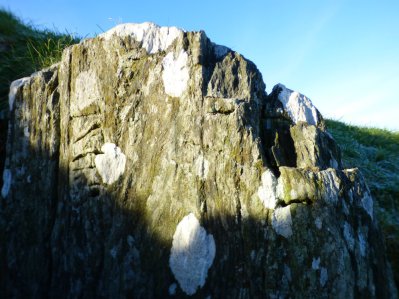 The tomb lies around half a mile from the little car park. The path takes you across a stream and between high hedges, with a sudden reveal at the end… by which time I was fair bouncing, even though I know full well that what remains is not what was. You are greeted by a green mound, pierced by a narrow ‘window’ guarded by a standing stone on one side. The passage that leads within the tomb lies on the other side. The mound is encircled by a ditch and flanked with stones. It looks perfect, but was, in fact, partially reconstructed in the 20th century. The mound would once have been much bigger and the site itself encompasses far more than is contained within this rural enclosure, with standing stones and carved stones in the nearby fields and on the ridge close by. 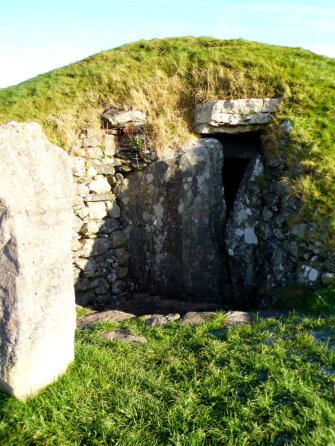 The archaeologists have been thorough here, within the extent of knowledge. The earliest remains at the site are a series of post holes, dated back six thousand years through radiocarbon testing of the pine charcoal found in the holes. The next phase of construction was the building of the henge, a thousand years later. A henge is an inner ditch surrounded by an outer bank or earthwork. Here the henge is 69 feet across, though the bank is long gone and only the ditch survives. Within this space, a stone circle of 17, mainly paired, stones was raised. and at the same time, the spiral-carved Pattern Stone was installed.The current Pattern Stone is not the original, but a replica set into its original position, but whose carvings have already faded. The real stone is now in the National Museum of Wales.

Beneath several of the standing stones, human cremations were buried whilst within the henge itself, a single, human ear bone was interred beneath a flat stone and you have to wonder at the significance of that. At the entrance to the tomb, an unusual burial of a young ox was found and within the tomb itself the remains of bones and cremations, as well as pieces of quartz, shells, a bead and arrow heads. 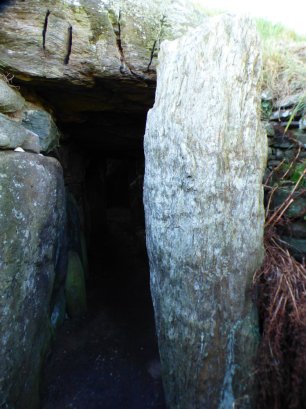 It was yet another thousand years before the site was again drastically altered. The circle was dismantled. Several stones were deliberately damaged, others were smashed. They were used to build the current tomb, with its mound much larger than the reconstructed mound, completely enclosing the area within the ring of kerb-stones. The current, reduced mound allows you to see the standing stones of the circle that were re-used to form the entrance of the passage…and a spectacular and unusual central pillar graces the inner chamber.

Sue Vincent is a Yorkshire-born writer and one of the Directors of The Silent Eye, a modern Mystery School. She writes alone and with Stuart France, exploring ancient myths, the mysterious landscape of Albion and the inner journey of the soul. Find out more at France and Vincent. She is owned by a small dog who also blogs. Follow her at scvincent.com and on Twitter @SCVincent. Find her books on Goodreads and follow her on Amazon worldwide to find out about new releases and offers. Email: findme@scvincent.com.
View all posts by Sue Vincent →
This entry was posted in Ancient sites, Uncategorized and tagged Anglesey, Bryn Celli Ddu, druids, history, Holy Island, Photography, sacred sites, spirituality, symbolism, The Silent Eye, Wales, weekend workshop. Bookmark the permalink.