The man in the wheelchair

Adapted from a post written in 2013, when Nick had just begun to use a camera and discover the world through fresh eyes…

My son developed an interest in photography and, with his usual determination, set about learning everything he could about the technical aspects of the camera and the techniques of capturing a good photograph. Early in the adventure, it became apparent that, although his sight was damaged, his ‘eye’ was pretty good. He started by snapping shots that document where he has been, then, while he was waiting for his camera to come back from the repair shop after he had fallen with it, Nick taught himself how to process the images too.

In his passion, he tried doggedly, if unsuccessfully, to teach me the finer points of my own camera, showing me the intricacies of its settings and possibilities. Yet even with his mobile phone, with which he took most of these shots, he surpasses me. And I can tell you why.

Those who know Nick’s story know he was stabbed through the brain in 2009 and left with severe disabilities. The view from a wheelchair, with reduced and double vision that also bounces continually, is not the same perspective on the world that the rest of us share.

Confined to hospital and rehab for six solid months after waking miraculously from deep coma, there followed more than two years when he seldom left the house. The physical and emotional difficulties of  facing a changed world were too much for him on top of the intense focus on his recovery.

He has not given up on that recovery… he never will… but there came a point when his focus shifted somewhat, and recovery was no longer just about his determination to walk again. It became a determination to Live, regardless of the constraints imposed by disability.

Discovering photography opened many things for Nick, not least it allowed him to look at the places he went and see them… what his eyes cannot see, the lens can capture, the detail he cannot see can be frozen in memory by the camera and viewed close up on the big screen at home. Memories, tangible memories, matter after a brain injury. Yet it became more than that very quickly. He also realised that he was more aware of his surroundings, appreciating the details, the light and textures, in a way he never had before.

From the textures of the mouse-mat to the colour of moonlight, from a shaft of light through the shadows to the texture of silvered wood, everything became a subject and began to reveal an unexpected beauty.

Almost losing his life entirely…losing all the life he had previously known…the world, instead of becoming a place of despair, turned from grey to vivid for Nick. Small things, details we all take for granted every moment, are thrown into sharp relief and he sees the world with the delighted wonder of a child seeing it for the first time, as well as the awed appreciation of the adult moved by beauty.

He is beginning to use his photography to capture not just the beauty in the world around him, but what he sees, what it means to him and how it feels. The view from the wheelchair is the perspective of a child. He is physically closer to the ground than other adults…even me…yet a keen intellect is looking at the world through a sparkling lens and sharing the wonder he finds there.

Nick himself has said that the attack that robbed him of so much has been like giving sight to a blind man, for before the attack he was blinded to the ordinary, blinkered by the need to conform and succeed in an adult world. His pictures are a signpost to a new perspective, a shared voyage of discovery of a world seen as if for the first time. It isn’t ‘just’ photography any more. It is art.

Nick’s pictures are the expression of the heart and mind of the man in the wheelchair. 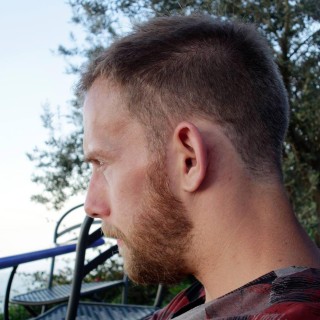 I am trying to raise funds to help pay for a new, off-road wheelchair for my son. The Mountain Trike will allow Nick to go places he has been unable to go for over seven years. Over those years he has had to spend over £20,000 on mobility equipment to cope with both his disabilities and his changing abilities. Please help is you can, either by donating to the Go Fund Me campaign or by sharing his story. You can read more about Nick by following the links by searching this site or on his own blog.

Sue Vincent is a Yorkshire-born writer and one of the Directors of The Silent Eye, a modern Mystery School. She writes alone and with Stuart France, exploring ancient myths, the mysterious landscape of Albion and the inner journey of the soul. Find out more at France and Vincent. She is owned by a small dog who also blogs. Follow her at scvincent.com and on Twitter @SCVincent. Find her books on Goodreads and follow her on Amazon worldwide to find out about new releases and offers. Email: findme@scvincent.com.
View all posts by Sue Vincent →
This entry was posted in adventure, Dreams, Motherhood, Nick Verron, Photography and tagged awareness, double vision, learning photography, nystagmus, surviving brain injury, voyage of discovery. Bookmark the permalink.

62 Responses to The man in the wheelchair