Interlude ~ Before the Stones 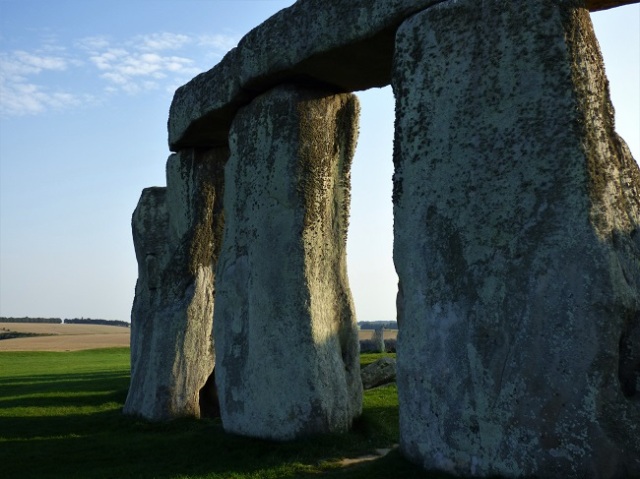 The trouble with writing about somewhere like Stonehenge… somewhere that almost everyone recognises and feels they know something … is that most of us know nothing at all apart from the familiar form of the circle and trilithons.

We just accept that this is an ancient monument, built by people who were maybe not quite as savage as we generally think, for some strange ritual purpose… probably to do with the stars or planets. Or it was built by the Druids? And all the stones came from Wales… And that really is about all most of us know…and most of that is wrong or at least, woefully incomplete. 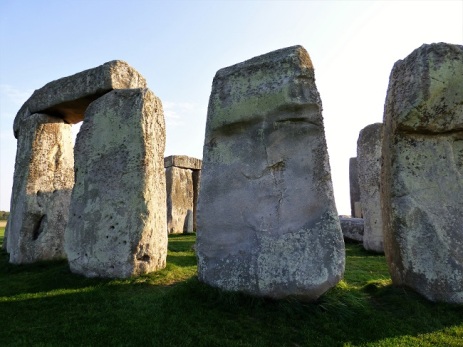 Stonehenge… the first part of the name is thought to come from the old word for ‘hanging stones’… or ‘stones suspended in air’. The ‘henge’ refers to an outer and circular earthen embankment with an internal ditch, such as the one around the great circle of Avebury, where we had been earlier that afternoon. At Stonehenge, however, the ditch is outside the embankment; just one of many of the anomalies of this site that make it quite unique. Time, feet and erosion have taken their toll on the henge, but the ditch and banks, overlooked by most, can still be seen on the outer edge of the monument field.

Then there are the misconceptions about its timeline… for the circle was built in phases on a site already held and made sacred by the many burials it contained. And then there is the sheer scale of the site… because you simply cannot ignore the number of other archaeological features that cluster around the circle, rippling out across the wider landscape to include many miles and the mindboggling possibility that the vast sites around both Stonehenge and Avebury were designed to work together. And, even when you stand within the circle, it looks something of a jumble to begin with until you begin teasing apart the layers of history. So where do you begin?

Sue Vincent is a Yorkshire-born writer and one of the Directors of The Silent Eye, a modern Mystery School. She writes alone and with Stuart France, exploring ancient myths, the mysterious landscape of Albion and the inner journey of the soul. Find out more at France and Vincent. She is owned by a small dog who also blogs. Follow her at scvincent.com and on Twitter @SCVincent. Find her books on Goodreads and follow her on Amazon worldwide to find out about new releases and offers. Email: findme@scvincent.com.
View all posts by Sue Vincent →
This entry was posted in adventure, albion, Ancestors, Ancient sites, Books, England, Giants Dance, historic sites, Photography, Spirituality and tagged alignments, earth energies, energy, icon, megalithic, Sacred landscapes, stone circle, stonehenge. Bookmark the permalink.

3 Responses to Interlude ~ Before the Stones