I was alone on a dirt road that stretched as far as I could see.

There were no houses…no trees…

I glided along the road.

I couldn’t see my hands, or anything that would identify me as me.

What colour was I?

I tried guessing—I thought I was probably a deep brown.

But I wasn’t sure.

All I knew was that whatever I looked like,

I dreamed that twenty-five years ago.

I had recently been introduced to the concept of Unity in Diversity, the understanding that although people were diverse, with different skin colours, different languages and ways of doing things, humanity was one.

The dream unseated my unconscious identity of myself as a woman with white skin. In the dream, I was just me. None of the cultural packaging of what being “white,” or “brown,” or “black” meant had any reality.

My picture book, The Nightingale’s Song, sprang from that dream.

“Last night, I had a dream,

My outside had changed,

But my inside was ME,

And a nightingale sang from the nearby tree…”

The Nightingale’s Song is about the beauty of humanity, about how our diversity is a strength. Children reading this book see themselves in its pages, and see themselves as beautiful, as they are.

It was published in 2018, but shortly thereafter the publisher closed its doors. In its short time out, it won silver in the Nautilus Book Awards as a book that promotes peace.

I am getting this book back out there. I am running a Kickstarter campaign through Kickstarter Canada, entitled, “Changing the World, One Child at a Time,” to fund its reprint.

As the nightingale sings in The Nightingale’s Song…

“Brothers and sisters we shall be,

Stars of one sky, leaves of one tree.”

That dream changed me forever, and by its inspiration, I hope to be part of the change toward a world in which every human being is cherished.

Visit my Kickstarter campaign, Changing the World, One Child at a Time, to back this project, and be a part of the change to make the world a place fit for children. 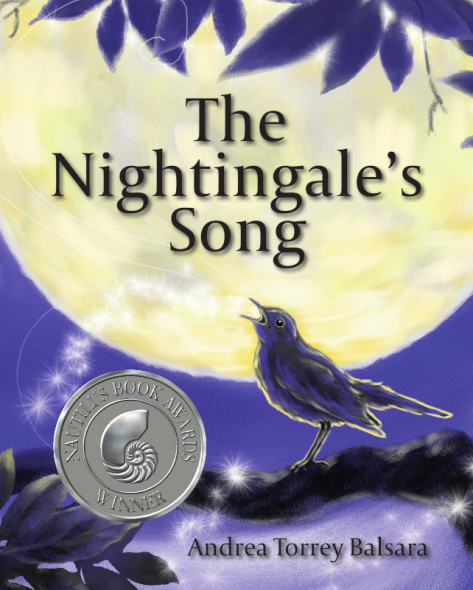 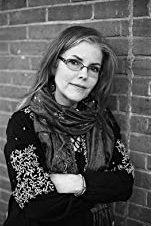 Andrea Torrey Balsara has published books for young children up to young adults, sometimes working as a writer, sometimes as an illustrator, and sometimes as both. She is a graduate of the Institute of Children’s Literature, and has taken at least a million art workshops, but is primarily a self-taught artist. She has an eclectic background, having worked as an American Sign Language Interpreter, as a school bus driver, and a zombie office worker.

Back when dinosaurs still roamed the earth she even attended theatre school in London, England. In her presentations, Andrea adds music and theater (finally, the training paid off!) to express the joy of creativity. Andrea is a firm believer in empowering young people to think for themselves, which is reflected in each of her books and presentations. She lives in an old Victorian manor house with her husband and family, and their two dogs, two cats, and two hives of bees (the bees live outside), where she can often be found in her cold attic of a work room, pretending to be the heroine from Jane Eyre as she writes and draws with frozen fingers. 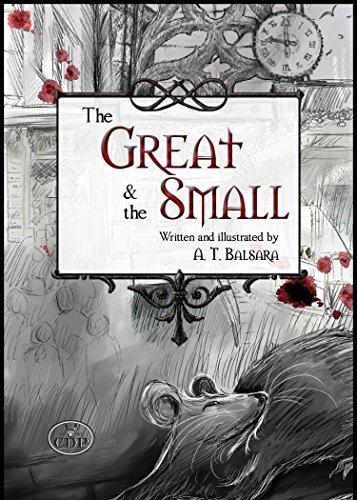 The Great & the Small

Deep below the market, in the dark tunnels no human knows exist, a war has begun. Led by the charismatic Beloved Chairman, a colony of rats plots to exterminate the ugly two-legs who have tortured them in labs, crushed them with boots, and looked at them with disgust for as long as anyone can remember.

When the Chairman’s nephew is injured and a young two-leg nurses him back to health, however, doubt about the war creeps in. Now the colony is split—obey the Chairman and infect the two-legs with the ancient sickness passed down from the Old Ones, or do the unthinkable… 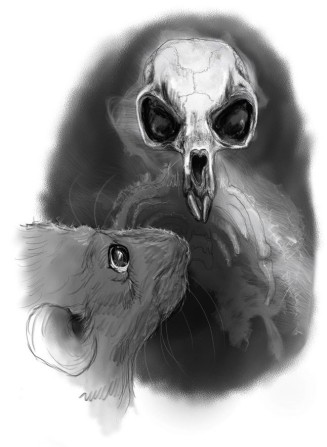 Available in Hardcover, Paperback and for Kindle via Amazon

Andrea haswritten and illustrated a number of children’s books that can be found at: Barnes & Noble , Friesen Press  and  Ronsdale Press

Sue Vincent is a Yorkshire-born writer and one of the Directors of The Silent Eye, a modern Mystery School. She writes alone and with Stuart France, exploring ancient myths, the mysterious landscape of Albion and the inner journey of the soul. Find out more at France and Vincent. She is owned by a small dog who also blogs. Follow her at scvincent.com and on Twitter @SCVincent. Find her books on Goodreads and follow her on Amazon worldwide to find out about new releases and offers. Email: findme@scvincent.com.
View all posts by Sue Vincent →
This entry was posted in Guest post and tagged artist and illustrator, children, dream, equality, Kickstarter, The Nightingale's song, understanding, unity in diversity, writing. Bookmark the permalink.