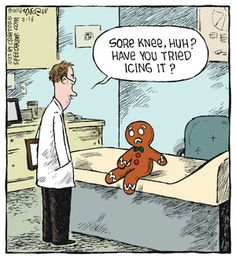 The alarm clock was way too loud. The first alarm is supposed to be a gentle trill, just enough to disturb me. The next two grow increasingly insistent. This one seemed to be what I could only call strident… far too loud for six in the morning. It took what seemed an eternity to realise that it was, in fact, the fire alarm… and, unless the dog had taken it upon herself to cook breakfast and burned the bacon, I should probably investigate.

I threw off the covers and swung my feet to the floor carefully. My back had been giving me hell the day before as a result of all the pond-stuff we’ve been doing lately. I hadn’t slept much, which probably explains the fuzzy thinking. I was expecting to be as stiff as the proverbial board and was pleasantly surprised to find I could move freely.

The alarm stopped and was replaced by a screech… and I found myself contemplating the dust-bunnies under the bed. This was a novel perspective considering I had planned on being upright, not in an undignified heap on the floor. Unexpected pain had shot through my leg and taken it out from under me. It is not the first time it has happened, so I sighed and reached for the dressing gown, only to realise that it was the wrong leg.

The right one has been through the wars over the years and occasionally makes its presence known. It suffered a series of ridiculous accidents during my youth, being first broken on the safety mat of a trampoline. On the way home from getting that cast off, I fell off the platform of the number 77 bus and  went straight back for another cast. As soon as that healed, I fell off the platform shoes that were all the rage, running in a power cut.  I spent much of that year in casts or bandages… and that was just the ankle. Mind you, it is really good at predicting rain these days.

The knee got it when I slipped on a stray grape in a supermarket aisle. It isn’t as if I am accident prone or anything. Copious amounts of morphine, several needles and a couple of surgeries later, it finally healed. Sort of. The hip that gets me sometimes is mainly down to the lack of any cushioning between the vertebrae and at least I can’t be blamed for that.

But this was not the right leg at all, it was the left… the one I trust. The one that doesn’t hurt (discounting a too-frequently squashed toe). There was nothing to see. I hadn’t done anything to deserve it… but my squeals rivalled the smoke alarm that had just started again as I hobbled out to waft a tea-towel in its general direction.

The alarm does have a button to shut it up if it goes off without cause, but being hobbit-sized, I need to stand on a chair to reach it. This did not seem like a good idea. The day was not starting well as it was… And all that I could think of was Scotland. I can’t have a duff knee with a fifteen hundred mile drive and with hills to climb in the middle of it. Why is it always when we are going to Scotland?

My son was already outside in his dressing gown watching the fish when I arrived at eight. He questioned the groans, squeals and pronounced limp, but only with a view to establishing whether I’d be able to deal with the pond plants that were due to arrive. He let me clean out the hot-tub instead, which was kind of him. By the time I’d done that, refilled it while I did his housework, ran out to the farm for his milk and cooked his lunch, his smoke alarm was going off for no reason too, which was a bit weird.

When I finally got home, the left knee looked no different from the right one…which was less reassuring than you might think considering the surgery had left the right one rather misshapen. I would soak it for a while, I thought, then put my foot up.

Forbidding my son to phone me for at least half an hour, I threw a handful of Epsom salts and some herbs in the bath and filled it with steaming water. I haven’t had a bath for I don’t know how long… it is generally a shower these days… so I’d make a ‘moment’ of it. Take a book in there and relax, I thought. It would do all my aching muscles the world of good, I thought. I sank into the steaming tub with a sigh… and shot out again like a scalded cat. What I hadn’t thought of was the effect of hot water on all that burned skin I’d acquired doing the dratted pond….

There are days when getting out of bed at all is just the wrong move.

Sue Vincent is a Yorkshire-born writer and one of the Directors of The Silent Eye, a modern Mystery School. She writes alone and with Stuart France, exploring ancient myths, the mysterious landscape of Albion and the inner journey of the soul. Find out more at France and Vincent. She is owned by a small dog who also blogs. Follow her at scvincent.com and on Twitter @SCVincent. Find her books on Goodreads and follow her on Amazon worldwide to find out about new releases and offers. Email: findme@scvincent.com.
View all posts by Sue Vincent →
This entry was posted in Life and tagged alarms, humour, knees, pain. Bookmark the permalink.

65 Responses to The unhappy hobbit…