I’m sure you’d agree that this story has a happy ending.

She was only six and her parents, living in a small town of rural India physically abused her, kept her devoid of education and made her do household chores. Now, when I say they belonged to ‘India’, I can hear judgments and pictures of slums thrown at me. No, India’s literacy rate is at 74.04% and also boasts of a few largest companies in the world.

Now, let’s go back in 2012, when I came across a little girl. I still don’t know her name, but let’s call her Meera.  Meera was born in Haryana, she lived there with her parents. Today, she doesn’t live there anymore; neither does she live with her parents.

Being dissatisfied with a girl child, the father beat Meera every day, while the mother never revolted. Meera suffered at her hands of her birth-givers. She stayed chained at home doing household chores.

The disappointment of the ‘man of the house’ didn’t last long because his wife was expecting a baby. Bringing new life into this world is a blessing to everyone, but taking someone else’s life away is a curse.

What Meera was going through wasn’t anything but a curse to be born to such parents who didn’t love her and left only bruises as memories. She wished that her sibling would comfort her, but hardly did she know what would happen next.

“It’s a boy!” he screamed and jumped and distributed sweets to family and friends, while Meera is still locked at her home, not allowed to participate in the happiness.

A few months after the arrival of the baby boy, Meera’s parents decide to do away with her. They buy three tickets to the metropolitan city of Hyderabad, India. One for Meera, and two for the parents. But, they buy only two tickets back to Haryana.

Meera is abandoned on the railway station, and her parents immediately board the next train back home.

On finding her lost, crying, and worried, the railway authorities call the cops. She is taken to the police station and asked about her family. On asking the name of the father she is terrified, she trembles with fear and doesn’t utter a word. It seemed like she wants to stay lost, and doesn’t want to go home.

The cops have no choice but to let her stay at the city orphanage. The sisters try their best to find out about her parents. But she never says a word. They only know she hails from Haryana.

She wore a simple ghaghra and had yellow highlights on her hair when I first saw her. It was the first time I saw a 6-year-old with highlights. The Sister at the orphanage told me that she applied those highlights herself when she was in Haryana, and loved to dress up.

While she was dancing on stage she adjusts her duppatta. A little girl, fair, with rosy cheeks, curly brown hair with golden highlights, who doesn’t waste a grain of rice on her plate.

She loves to study along with her friends at the orphanage, dress up, and help others. The Sisters said she is the naughtiest of them all.

Initially, after a month of her stay at the orphanage, the Sisters ask her if she wants to go home.

“This is my home,” she replies.

She finally has the love she always wanted. And, wherever she is today, she will be happy.

Based on a true story. 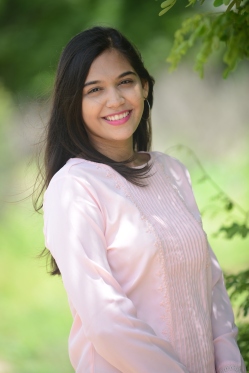 Harsha Sheelam always had the passion for writing. In the year 2016, she practiced writing more extensively. This led to her recognition in newspapers, magazines, blogs, and digital content. She possesses versatility in writing stories, debatable topics, politics, social, fashion, entertainment, reviews, fashion and lifestyle. Today she is a children’ book author, she debuted in 2017 with the book ‘Beautiful Inside and Out’ which is a collection of short stories. She launched it with the aim of empowering young girls and boys. She has the dedication to her craft which makes the children believe that they are beautiful inside and out. Same year her juvenile fiction novel, ‘Good Exists in all that Exists’ released. As the title suggests, the book is based around the theme of ‘good overpowering the bad’.  There is a hidden meaning  for every action. The book does not fail to enhance the enchanted experience of the reader.

Beginning of a new year, in 2018 ‘The House of Terry Atterberry’ made it to book-selling portals. Terry’s tales champion hard work, perseverance, honesty and compassion. The riches that kids gain through this book are overcoming fear, not undermining people, understanding no one is perfect, knowing your true friends, and more. The book is a collection of 15 inspiring fables from the life of a fictional character.

Today, 3 books old, and anticipating more, this is Harsha Sheelam for you.

The House of Terry Atterbury

Beautiful Inside and Out

“Beautiful Inside and Out” is a collection of 10 moral stories. As the title suggests, the stories make the children believe that they are unique and beautiful just the way they are. They do not need to change themselves according to the likeness of other people.

The fantasy stories teach them the importance of standing up for themselves. Each of the stories is based in fantasy lands, as magnificent as they can be, with hidden meanings behind every action of the protagonists which are revealed as the stories proceed. The book is assigned chronologically, with colorful illustrations which are attractive and eye-catchy. Beautiful Inside and Out is a complete children’s book with the genre–fantasy and fiction. Each story has a different lesson to teach. They are based on different subjects, like color discrimination, mannerisms, bullying, sharing, animosity, self-confidence, respecting parents, prejudice, religion, love, and simplicity. The stories remain very unconventional, modern, distinctive and groundbreaking, with characters ranging from kings, princes, princesses, town girls, and boys.

The author’s style is both formal and informal. It closely connects to the intended audience with unabridged metaphors and picturesque imagery. The language of the author is not only understandable, but also provides more scope for young children to learn new words, phrases, and meanings. The stories are convincing and realistic. They do not seem fictitious and easily fit in today’s world.

The most impacting lines from the book are quoted as, “I understood that some things take time, but when we work towards it diligently, it’s unobstructed. Win it or lose it, don’t forget to try hard until you fetch it.”

Good Exists in all that Exists

‘Good Exists in all that Exists’ is a fictional novel. As the title suggests the story talks about how good is more powerful than evil.

This teenage and adult fantasy novel is based in a beautiful fantasy land. The story unfolds with the Austin family moving into the magnificent and huge Wintershore mansion. Claire Austin is the youngest member of the family after Pap, the pet Pekingese. She is a simple girl, but she does something courageous.

The story is about Claire’s journey to discovering Crystalice, an enchanted land, where the Kings and Queens of the five forces of nature reside. The story is about the obstacles, courage, magic, mystery, enchantment, and this spins out a fascinating tale. Claire is the chosen one to save Crystalice from the wrath of the one who can’t be named. Claire respects friendship. And, no matter what she never stops fighting evil. There is a fierce battle between good and evil. There are many questions that will be unfolded in the story. How did Claire find about the enchanted Crystalice? Who is the evil one? What is the story behind her wrath? How did Claire prove victorious?

There is a hidden meaning for every action. The book does not fail to enhance the enchanted experience of the reader. The reader will experience an ocean of emotions, happiness, sadness, amusement, trying to conquer the mind of the reader. The novel is spread over 10 chapters. It is written in simple and rich prose, it promises to take children and adults on a rich ride to Crystalice and Claire’s endeavors. 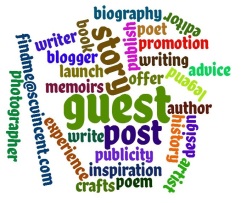 Sue Vincent is a Yorkshire-born writer and one of the Directors of The Silent Eye, a modern Mystery School. She writes alone and with Stuart France, exploring ancient myths, the mysterious landscape of Albion and the inner journey of the soul. Find out more at France and Vincent. She is owned by a small dog who also blogs. Follow her at scvincent.com and on Twitter @SCVincent. Find her books on Goodreads and follow her on Amazon worldwide to find out about new releases and offers. Email: findme@scvincent.com.
View all posts by Sue Vincent →
This entry was posted in Guest post and tagged Amazon, author promotion, Books, childens books, happy ending, India, love, moral stories, writer, writing, YA. Bookmark the permalink.