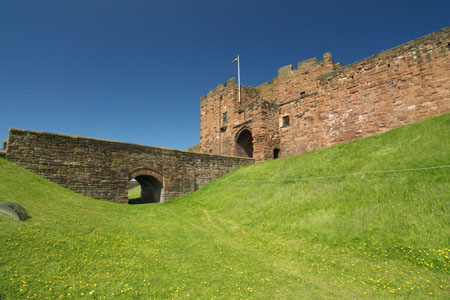 We should probably have stopped at Carlisle. Well, for more than just a supermarket to stock the car with biscuits and suchlike. It has another of those thousand year old castles… and another cathedral that used to be the priory… and Roman remains… We would, to be fair, have needed more than the time we had to do it justice. Long before the Romans came it was a settlement of the Carvetii tribe of Brythonic Celts. The Romans occupied the site as part of their fortifications along Hadrian’s Wall and named it Luguvalium… which is thought to be based on the older native name of Luguwaljon… the strength of Lugus. Had we known that, we might have stopped… for the god known as Lugus figures largely in the mythologies we explore under many names. 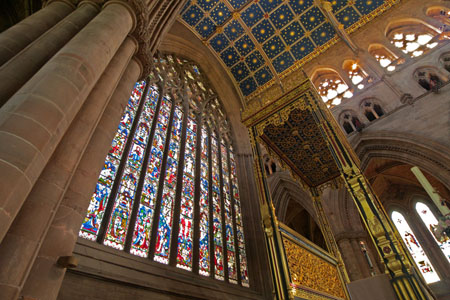 Having said that, it was already lunchtime and the days are short in January in the north. We were hoping to make it to our friend’s home north of the Firth of Forth by evening… and there had been snow warnings…and the engine warning light had come back on in the car… and there was Ruthwell to consider. We had to see Ruthwell. This would mean that even without side trips to sites we just had to see, we had a drive of 200 miles that day. And, of course, we weren’t planning on taking the motorway either, but taking the road through the Borders, cross country to Edinburgh. Carlisle would have to wait.

Sue Vincent is a Yorkshire-born writer and one of the Directors of The Silent Eye, a modern Mystery School. She writes alone and with Stuart France, exploring ancient myths, the mysterious landscape of Albion and the inner journey of the soul. Find out more at France and Vincent. She is owned by a small dog who also blogs. Follow her at scvincent.com and on Twitter @SCVincent. Find her books on Goodreads and follow her on Amazon worldwide to find out about new releases and offers. Email: findme@scvincent.com.
View all posts by Sue Vincent →
This entry was posted in adventure, Photography, scotland road trip, travel and tagged Carlisle, Gretna Green, road trip, Ruthwell. Bookmark the permalink.

2 Responses to Discovering Albion – day 5: ‘Don and Wen do Gretna…’