Whenever I write in a new genre, it is daunting at first. I take the time to familiarize myself with books in that category, all the while looking at the rules it takes to write such a story. But I’ll freely admit that by the time I’m done writing a book, I end up throwing half of the rules or guidelines out anyway. I am not a writer who likes to be boxed in too much.

How did this come about?

The idea for Second Nature came to me a long time ago, but I only completed the book in 2013 and it was subsequently published the following year. I tried to imagine all of the events happening to me. How might I react to the knowledge of supernatural creatures hidden in our world? Well, understandably anyone might panic at first. So, I did my best to immerse readers slowly in the world of The Others with this series. I took a lighter approach initially, then brought out the big guns later on. Though for the character Desiree, learning about it was a huge shock.

Last year, I completed the sequel, Blood Instincts, and in May of this year, it was released through Solstice Publishing. With the second story, I bent the genre’s rules a little more. It was necessary to let some time pass in the tale, so I spaced it out to be set over twenty-some years later. Not only had things changed in society and, of course, with technology, but I wanted to lead into what would be the final episode in the trilogy. It makes sense that Blood Instincts gives a hint of the futuristic, but I tried to avoid alienating readers in the process. The focus was on the paranormal, not on a sci-fi scenario.

I haven’t finished writing book three yet, but once again, I’ve decided to merge some genres (as I did with other published books) and instead offer a dystopian take on a paranormal romance story.

A Land of Discovery

The world of the Others isn’t just about vampires or witches, or even fairytale creatures, but rather it’s a realm of wonder that Normals are not yet aware of. When my characters encounter it, there is an element of fear for sure, but it’s also mixed with a certain level of awe. At the same time, the familial bond, and being an Other unites the characters.

I’ve learned a lot in the process of writing this series, and I will continue to evolve with any other books I write. Approaching a new genre is always a challenge, but one I look forward to immensely. Here’s to many more years of writing…and, of course, happy reading, everyone! ♥

Marie Lavender lives in the Midwest with her family and three cats. She has been writing for a little over twenty-five years. She has more works in progress than she can count on two hands. Since 2010, Marie has published 24 books in the genres of historical romance, contemporary romance, romantic suspense, paranormal romance, dramatic fiction, fantasy, science fiction, mystery/thriller, literary fiction and poetry. She has also contributed to several anthologies. Her current published series are The Heiresses in Love Series, The Eternal Hearts Series, The Magick Series, The Code of Endhivar Series and The Blood at First Sight Series.

Multi-genre author of Victorian romance, Upon Your Return, and 23 other books. Upon Your Love and The Missing Piece placed in the TOP 10 on the 2017 P&E Readers’ Poll. Directions Of The Heart was nominated for the 2017 Reader’s Choice Awards. The I Love Romance Blog became a finalist in StartDating DK’s Romance Blog Awards of 2017. ILRB landed on Feedspot’s 2017 TOP 100 Novel Blogs and TOP 100 Romance Blogs. Directions Of The Heart placed in the TOP 10 Books of 2017 on Amy’s Bookshelf Reviews blog. TOP 20 Authors of 2017 on Amy’s Bookshelf Reviews blog. Mystery Blogger Award for 2017. A to Z Blog Challenge Survivor in 2016. March 2016 Empress of the Universe title – winner of the “Broken Heart” themed contest and the “I Love You” themed contest on Poetry Universe. Second Chance Heart and A Little Magick placed in the TOP 10 on the 2015 P&E Readers’ Poll. Nominated in the TRR Readers’ Choice Awards for Winter 2015. Poetry winner of the 2015 PnPAuthors Contest. The Versatile Blogger Award for 2015. Honorable Mention in the 2014 BTS Red Carpet Book Awards. Finalist and Runner-up in the 2014 MARSocial’s Author of the Year Competition. Honorable mention in the January 2014 Reader’s Choice Award. Liebster Blogger Award for 2013, 2014 and 2016. 2013 and 2014 Amazon Bestseller Ranking for Upon Your Return. Top 10 Authors on AuthorsDB.com. Winner of the Great One Liners Contest on the Directory of Published Authors. 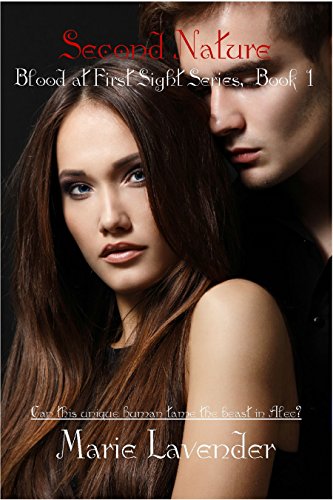 She never expected it…

Desiree Edwards has a problem. She’s been attacked, kidnapped and forced to get along with a vampire of all things. It’s something right out of the story books she reads, or her worst nightmare. But, sometimes he’s not the monster he appears to be. He seems so humanlike that she can’t help it when her emotions betray her, when her body betrays her. To make matters worse, she finds out more about herself than she ever wanted to know.

She was unlike any other…

Alec has a problem. The animal in him wants Desiree. But, so does the man. The more he learns about her, the harder it is to deny what he wants. But, he’s a freak, and she’s just a human. The two species don’t mix that way. Then an old enemy surfaces and Alec is forced to make a choice. His life or hers.

Can Alec’s soul be saved by this unique human? Or will it be far too late?

Enter the Other World at your own risk…

What if you found out that you weren’t exactly…human?

Myah Sullivan is suddenly living that nightmare. There are Others in the world, dangerous, supernatural creatures that make her mind spin and cause her to question the reality she’s always known.

Oliver King is her savior, a vampire who tries to show her the way. Through her journey she learns far more than she ever thought she would about herself, and about the past. Soon, she discovers that there is so much more to meeting Oliver than mere happenstance.

Can Myah accept her new reality, or will she retreat into that normal, safe world she once thought was her own?

Sue Vincent is a Yorkshire-born writer and one of the Directors of The Silent Eye, a modern Mystery School. She writes alone and with Stuart France, exploring ancient myths, the mysterious landscape of Albion and the inner journey of the soul. Find out more at France and Vincent. She is owned by a small dog who also blogs. Follow her at scvincent.com and on Twitter @SCVincent. Find her books on Goodreads and follow her on Amazon worldwide to find out about new releases and offers. Email: findme@scvincent.com.
View all posts by Sue Vincent →
This entry was posted in Guest post and tagged Books, genre, paranormal, romance, vampires, writing. Bookmark the permalink.

4 Responses to Guest Author: Marie Lavender ~ Creating the Other World