We have just returned from a long weekend on the Isle of Man. It is one of our favourite destinations, although it shares much of the wet climate of north Lancashire and neighbouring Cumbria, being seventy miles from the connecting port of Heysham. The ferry journey takes four hours and can be a delight or a horror, depending on the winds… You can fly, but where’s the fun in that, these days? An hour sitting in the wind on the deck of a ship, gazing out to sea, can be a wonderful meditation. Can’t think of anything that compares on a plane. 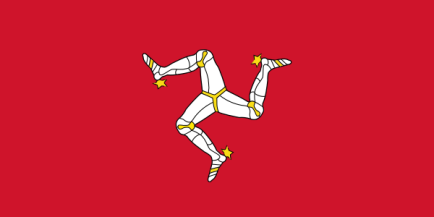 I have often looked at the Manx national flag – the three legged figure above – and wondered at its origins. Flags, like sung anthems, say a lot about what we might call the ‘national psyches’ of their countries, particularly at the time that identity was forming,

Take a moment to look at the symbol, above. Try not to analyse it; simply let it affect you as it will…

My own initial reactions were: its a fascinating design, suggesting independence, with an almost ‘engineering’ feel to it; it’s not something I’d want on my wall as it’s a ‘hard’ image; the ‘threeness’ of it really stands out and hits you… there are many more, and it is useful to let the imaginative side of the mind just play like this.

The three legged symbol of Mann (as the Manx people traditionally write it) is undoubtedly inspired by the Celtic . There are many examples, which have a common form of a ‘leg’ in the shape of a spiral or knot – one of the favourite forms of the Celts.

Continue reading: The Three Limbs of Mann – The Silent Eye

Sue Vincent is a Yorkshire-born writer and one of the Directors of The Silent Eye, a modern Mystery School. She writes alone and with Stuart France, exploring ancient myths, the mysterious landscape of Albion and the inner journey of the soul. Find out more at France and Vincent. She is owned by a small dog who also blogs. Follow her at scvincent.com and on Twitter @SCVincent. Find her books on Goodreads and follow her on Amazon worldwide to find out about new releases and offers. Email: findme@scvincent.com.
View all posts by Sue Vincent →
This entry was posted in The Silent Eye and tagged IOM flag, IOM Flag esoteric symbolism, Sicily and Isle of Man flags, Three-legged men. Bookmark the permalink.

5 Responses to The Three Limbs of Mann – Steve Tanham