In my wildest dreams, I could never have dreamed I would ever be running a Blog Tour for one of my own books. Just goes to show how far you can come if you let yourself dream big.

Way back at the beginning of my blogging career, I can remember wondering if I would ever write a book, and now I have written three, well, five if you count the non-fiction ones. At the time, I was happily editing Anita’s books. I never thought a muse would bother me.

When it did, I was astonished just how addictive writing can become. The most surprising thing was the behaviour of my characters. They became like old friends, and I enjoyed their company so much, the first book turned into a series. Even now, they are nagging me to let them loose again!

It has been an amazing and often terrifying journey, from that first ever blog post to eventually formatting e-books. I learned how to create a paperback copy and a book trailer. Learning how to put a book together was hard, but the writing was the best part, once I convinced myself that it was something I could do, after all.

None of which was easy for the biggest technophobe this side of Microsoft, someone who battles technology every single day for that magical moment when realisation dawns and I finally understands how things work.

I am well past retiring age now, but I am busier than ever and have no intentions of slowing down or stopping, for where would the fun be in that?

This journey still has some mileage, however, for there are a few things I haven’t attempted yet, and several that need improving. So I won’t be putting away my thinking cap just yet.

As they said when I was at school, “There is always room for improvement…”

My name is Jaye Marie, the ‘oily rag’ of the partnership Anita Dawes and Jaye Marie  and usually, I prefer to stay in the background.

Since we decided to publish our books ourselves, most of my other interests have had to take a back seat, and as I am not half as clever as I want to be, they may well have to leave the country for a while. Well, some of them can but not all. I am an avid Bonsai fan and have a collection that demands my attention in the growing season, or they will die. (It is a bit like having children)

I love books and have read my way through stacks of them, so when my sister needed someone to edit and type up her manuscripts, I was happy to help. Somewhere along the way, I discovered my vocation and my love-hate relationship with the world of computers. But I did learn how to edit and proofread, taking over the job of getting Anita’s books ready for publication. I even had some wonderful compliments from one of the best literary agents in London for my editing of Anita’s first book, Bad Moon, and for the last twenty years since my retirement, that‘s what my life has been like.

Then everyone started talking about ‘Indie’ or self-publishing. I already knew how hard it was to be published in the traditional way, so became very excited at the prospect of being able to do it ourselves.  I started our own website and found that I enjoyed talking to people from all over the world and posting our thoughts online. Then I concentrated on publishing Anita’s books. It wasn’t quite as easy as they made it sound, but with my usual stubbornness, I kept at it, learning more and more as I went along.

Somewhere along the way, I started thinking about a story that had been nibbling away in the corner of my mind for months, and before too long, it demanded to be written and then there were two writers in the family! 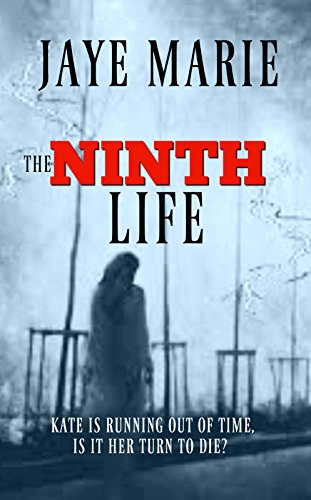 The Ninth Life is the dark and disturbing mystery thriller of a middle-aged woman who has escaped death so many times she would appear to have nine lives. At least that’s what the annoying voice in her head would have her believe.

Always a bit of a loner, with a failed marriage and relationships behind her, Kate Devereau’s life has not been kind, and despite her apparent immortality, death might have been welcome.

When people around her start to die at the hands of a sadistic serial killer, she begins to wonder if she will be next.

Is she finally running out of time? Is it her turn to die?

“If you like the thriller genre that keeps up the momentum then The Ninth Life would be a good read for you. The pace never falters, building up the plot and characters with timely intervention. The author cleverly keeps the story centred around the main character, with the other players coming into the story and yet there are no plot holes or false timings.” Amazon Reviewer.

“The story is very mysterious and suspenseful, and I was left wondering if Kate would escape the murderer. The mysterious voice plays a big part in the story and the ending does a wonderful job of explaining the voice and it’s purpose in Kate’s life.” Amazon Reviewer. 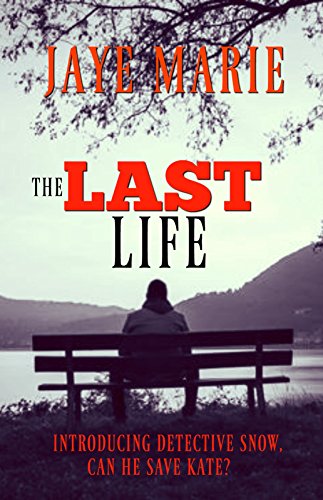 Kate Devereau wakes up in a hospital, unable to speak or move. Her brain has shut down, refusing to acknowledge her dark and disturbing past, concealing a web of painful secrets.

Michael Barratt brought her to the hospital, insisting that her ex-husband had tried to kill her. And from the state of him, had tried to kill him too. He had been searching for Kate for years, ever since their doomed love affair, only to discover someone else had been hunting her too.

With the help of the DI David Snow, Kate will gradually piece her life back together, only to discover the nightmare is far from over.

Her first instinct is to run, but David Snow convinces her to stay and help him put an end to the nightmare. A nightmare that will get progressively worse before it gets better.

Haunted by his own demons, will the Snowman manage to catch the twisted killer?

Evil lurks in this story and people die, but amidst the tears and heartache, a lost love struggles to survive…

DI David Snow has a serial killer to catch, a killer as mysterious as the crimes he commits.

The killer seems to have a personal vendetta against Snow, but he is determined that no one else should die because of him.

Snow’s efforts are hampered by his failing health, and the arrival of a new sergeant, ‘ruthless’ Ruth Winton.

However, Ruth Winton is not what she seems. Alarm bells start to ring when Snow realises she is after more than just his job.

In a surprise twist, we learn that Snow cannot win, and he passes the reins to his junior sergeant, Danny.

Can Danny finally outwit the killer, or is he doomed to fail too?

Sue Vincent is a Yorkshire-born writer and one of the Directors of The Silent Eye, a modern Mystery School. She writes alone and with Stuart France, exploring ancient myths, the mysterious landscape of Albion and the inner journey of the soul. Find out more at France and Vincent. She is owned by a small dog who also blogs. Follow her at scvincent.com and on Twitter @SCVincent. Find her books on Goodreads and follow her on Amazon worldwide to find out about new releases and offers. Email: findme@scvincent.com.
View all posts by Sue Vincent →
This entry was posted in Blogging, Books, Guest post, writing and tagged Amazon, Book launch, detective, mystery, new book, thriller. Bookmark the permalink.