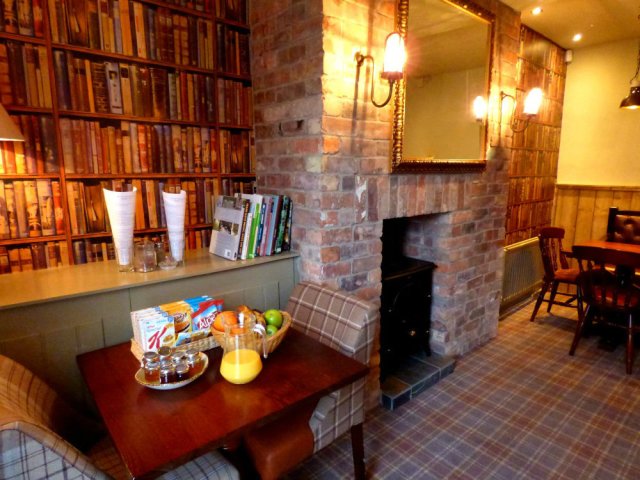 We needed a walk after breakfast. We’d made a start on the fruit and cereals… and there was toast. We may not have bothered had we realised that the plates soon to be delivered would feed the pair of us for a week. We certainly wouldn’t need lunch…Two or even three of everything; all the usual suspects like eggs, bacon grilled tomatoes and sausages… but also potato scone, black pudding and haggis. The Old Aberlady Inn did us proud. We really needed a walk! 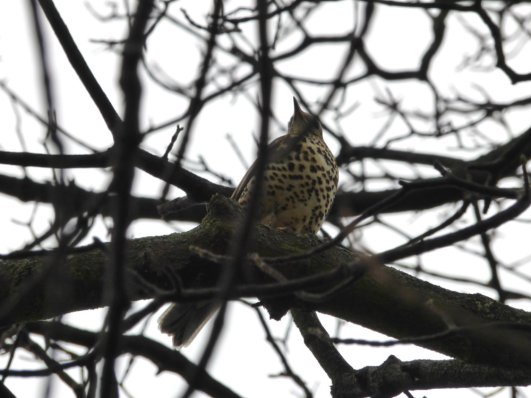 So off we went in search of the 18th century ‘Mercat Cross’ I had seen marked on the board the night before. We hadn’t far to walk… which was probably just as well… before we found it on the main street. We must have passed it in the dark last night. A thrush… a mistle thrush I think… looked down on our activities from an overhanging branch as we walked beyond the worn stones. We had spotted something else. 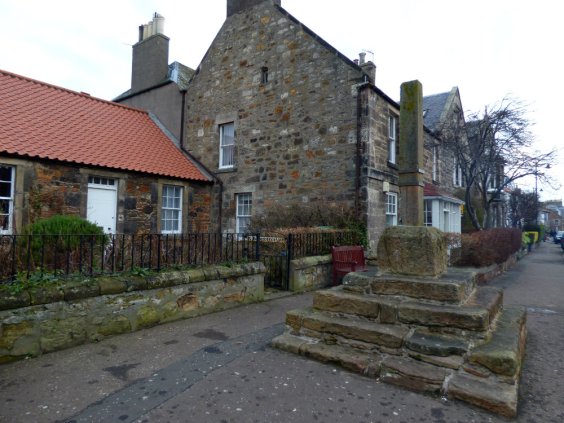 I’d seen something marked called the ‘loupin on stane’. The last word, I had understood, but it wasn’t until I saw the mounting block outside the church that the penny dropped and I understood the rest. Loupin-leaping-loping… stone steps to help those who needed it onto their horses after church. Of course! 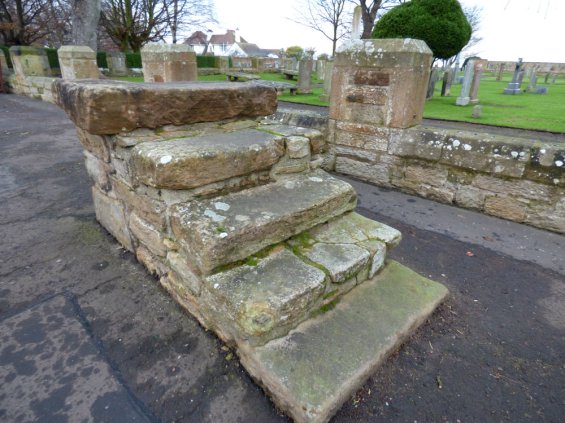 We wandered into the graveyard, looking at the tombs. It was far too early to expect the kirk to be open, even in summer. In January we had no chance. There were a good many stones from the sixteenth and seventeenth centuries, as well as the burials of the Earl of Wemyss and his family and a rather curious and weatherworn carving that caught my eye. Probably because of the twin theme again, even though this was only a few hundred years old.

Sue Vincent is a Yorkshire-born writer and one of the Directors of The Silent Eye, a modern Mystery School. She writes alone and with Stuart France, exploring ancient myths, the mysterious landscape of Albion and the inner journey of the soul. Find out more at France and Vincent. She is owned by a small dog who also blogs. Follow her at scvincent.com and on Twitter @SCVincent. Find her books on Goodreads and follow her on Amazon worldwide to find out about new releases and offers. Email: findme@scvincent.com.
View all posts by Sue Vincent →
This entry was posted in adventure, Photography, scotland road trip, travel and tagged Aberlady, High Cross, St Kentigern, Wemyss. Bookmark the permalink.