Guest author: Phyllis Staton Campbell ~ Out of the Night

Two women, two centuries, and one man determined to destroy them,
even from the grave.

Chris has faced many challenges in her twenty-one years of life, a mother more involved with her career than with her daughter, a father who deserted his family also to pursue a career, and the loss of her sight. Nothing, however, has prepared her for the challenge faced by her and the four other clients attending an independence center held in a historic building on the campus of the school for the blind.

Determined to achieve her goal of concert pianist, Chris feels a kinship with those women who have once lived in the old building, only to realize that the past is surrounding her and the others in a real and dangerous way. Walk with her as she struggles not only to achieve her career goals, know herself as a whole woman, but must uncover a secret over a century old.

I sit in the chapel as the night approaches on quiet feet of memory. They are here, my sisters who have loved, and hated, laughed and cried, hoped and despaired, for over a hundred years, leaving a part of themselves in this place for those who have come after them.

Each has her story, her dreams, her nightmares, and I realize that each of them is a part of me as surely as I will become a part of those blind women who will follow me. I am what I am because of the path they have walked, and I must leave my own path for others, many yet unborn, to follow.

“Write,” they say, “write and tell of our world, tell of our triumphs, our failures, our joys, our hidden sorrows. Write so they will know.”

Out of the Night was conceived when I was doing an article on the lot of women in the 1800s. We were having dinner with Ed Thurston, a friend of ours. “This is bad,” I said, “but imagine what it must have been for blind women.”

“If they were anything like you,” Ed said, “They probably wouldn’t even stay dead.”

Out of the Night is one of those books that is destined to be written over and over until it feels right. I would make changes, not feel satisfied, and put it aside, sometimes for several years. Finally, I told it that it was finished, no matter what, and published on Smashwords in multiple formats and on Amazon for Kindle. Whether it is worth all of that writing and rewriting, I leave to the reader.

Phyllis Staton Campbell, who was born blind, writes about the world she knows best. She calls on her experience as teacher of the blind, peer counselor and youth transition coordinator. She says that she lives the lives of her characters: lives of sorrow and joy; triumph and failure; hope and despair. That she and her characters sometimes see the world in a different way, adds depth to the story. She sees color in the warmth of the sun on her face, the smell of rain, the call of a cardinal, and God, in a rainbow of love and grace.

Although she was born in Amherst County, Virginia, she has lived most of her life in Staunton, Virginia, where she serves as organist at historic Faith Lutheran church, not far from the home she shared with her husband, Chuck, who waits beyond that door called death.

Campbell is a popular speaker, both in person, and over the phone, reading in braille from her books. She has been featured on several popular blogs.

Her short work, both fiction and nonfiction has appeared in such publications as The Lutheran woman as well as magazines specific to blindness.

Three of her books, “Come Home My Heart”, Friendships in the Dark” and “Where Sheep May Safely Graze were chosen by National Library Service, Library of Congress, for its talking book and braille program for the blind and physically handicapped.

Her short stories have been chosen for best story of the year by Dialogue Magazine. She was awarded the Lifelong learning award by The Hadley Institute, and she is a member of the Hall of Fame the Virginia Alumni for the Blind, Virginia School for the Deaf and Blind, DPT for the blind.

(Note) “Friendships in the Dark” Brett Books and Saint Martins Press, was published in China (translation) by Sea Dove Press, and in the United Kingdom by JK Thorpe.)

Other Books by Phyllis Campbell

Available via Amazon or Smashwords in paper and electronic formats, including plain text and RTF can be read on the PC using your screen-reader, with Victor Stream, Book Sense etc, and on devices such as the Apex.

Where Sheep May Safely Graze

When Jim, the pastor of a prestigious city church, is blinded in Iraq, he and his organist wife, Amy, find their faith challenged. Not only must they adjust to Jim’s blindness and a new marriage, but to the loss of his pulpit, when the congregation asks him to step down because of his blindness, in spite of his successful rehab training.

They go to serve a congregation in a rural village, where in addition to the usual duties of a pastor and his wife, they pray for animals, cope with a huge drafty parsonage, befriend a young couple, secretly married, and help bring a baby into the world in the middle of a flood. The characters are like animals and people the reader may meet every day, those people who will invite you in for iced tea and the latest news.

The reader will laugh, and cry and find inspiration as Pastor Jim and Amy struggle and find the will of God.

A Place to Belong 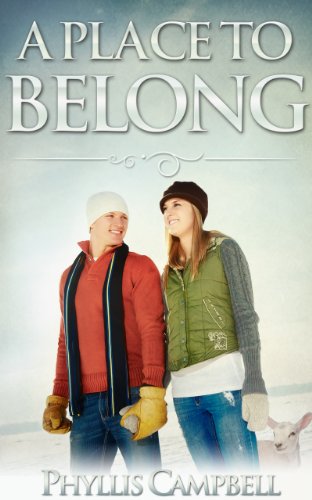 After her father’s death, when she was eight, Jill and her mother moved from town to town as her mother moved from job to job, each taking her higher on the ladder of success. When her mother marries the owner of a prestigious line of dress shops, six-teen-year-old Jill thinks her life is perfect—a beautiful home, a private school, and she’s dating the most popular boy in school. Then disaster strikes when she loses her sight due to a brain tumor.

The day before she leaves the hospital her mother tells her that she’ll be going for an extended visit with her father’s mother, someone she’s seen only once, while her mother and stepfather go to Europe on business

As she travels to rural Virginia, she feels totally abandoned. She knows that her stepfather is paying her grandmother for her keep, and she can’t shake the feeling that her mother simply doesn’t want to be bothered with a daughter, and especially with one who is blind. Too, there is the matter of why her grandparents and parents never had anything to do with each other.

Travel with Jill as she masters her new world of darkness, learns to love family and friends, faces the thing that forced her father away from her grandparents, and finds the true secret of belonging.

This is a story of courage and love, and a must read for anyone facing blindness, as well as for anyone who has an interest in learning more about the world of the blind, especially that of a young blind person. Besides that, it’s just a good story for anybody young or old who likes to read. 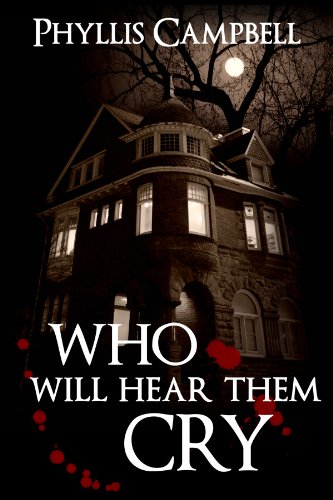 Who Will Hear Them Cry

Kate Talbot, partner in a small town detective agency is blinded by the psychopath who kills her husband and unborn child. Filled with guilt she retreats into a world of computers where life and death are played out on the screen, creating a form of immortality. When her partner urges her to come out of retirement to investigate a series of accidents at a school for disabled children, she reluctantly agrees. She soon realizes that the deaths aren’t accidents, but a part of a sinister plot, so diabolical that it can’t be imagined. Her investigation takes her through the attics of the school, to the state mental hospital, to a country funeral and along a slippery ledge four stories above the ground. Follow her from the safety of your chair to the surprising conclusion.

Sue Vincent is a Yorkshire-born writer and one of the Directors of The Silent Eye, a modern Mystery School. She writes alone and with Stuart France, exploring ancient myths, the mysterious landscape of Albion and the inner journey of the soul. Find out more at France and Vincent. She is owned by a small dog who also blogs. Follow her at scvincent.com and on Twitter @SCVincent. Find her books on Goodreads and follow her on Amazon worldwide to find out about new releases and offers. Email: findme@scvincent.com.
View all posts by Sue Vincent →
This entry was posted in Guest post and tagged blindness, Books, fiction, mystery, pianist. Bookmark the permalink.

10 Responses to Guest author: Phyllis Staton Campbell ~ Out of the Night