2018 WINNER OF THE INDEPENDENT PRESS AWARD
IN RELIGIOUS FICTION

THE WIND THAT SHAKES THE CORN:
MEMOIRS OF A SCOTS IRISH WOMAN

Love and hate, life and death, trust, betrayal, and the ‘always hovering’ choice to forgive, are prominent themes in this novel–themes that every person on earth struggles with.

As is evident in today’s world and in its history, nations and individuals espouse convictions that call for charity toward neighbor, but avarice and malice can overwhelm those convictions and lead to violence. When violence is perpetrated, it regularly breeds vengeance. Vengeance leads to more conflict and the whole circumstance becomes an endlessly spinning wheel. Numerous powerful nations have activated such a wheel. In the eighteenth century, England was one of its greatest executors, and the people of Ireland, its casualty.

England feared the old faith, Catholicism, which the nation as a whole had cherished for over a thousand years, and sought to annihilate it. The Crown enacted the Penal Code, the price an Irish Catholic had to pay for refusal to conform to the new religion of the Church of England. From 1558 until 1769, the English Protestant government imposed the Penal Code on a country that was 97 percent Catholic. Naturally, feelings of vengeance abounded in those Catholics. And later, when the Penal Code was extended to Presbyterians, vengeance and hatred for the Crown intensified.

The Wind That Shakes the Corn is a story of those long-held hatreds. It is also a love story, about one woman’s difficult journey toward letting go of past grievances–the only way to allow for genuine love.

The Wind That Shakes the Corn, a memoir of fact and fiction, is based on the life of Eleanor Dugan Parke, Hinckley’s eighth great-grandmother who for ninety-nine years lived through it all. Nell Dugan has a history that has given her a fanatic heart–capable of great love, but also great hatred. Her story has been passed down in Hinckley’s Scots Irish family. Of course, much of the novel must be imagined, though England’s control of Ireland’s people, the American Revolution, and some of the real players are factually told.

In 1723 Ireland, Nell, an unruly Catholic girl, falls in love with the grandson of a Protestant Scottish lord. On their wedding night she is snatched from his arms. As he lies bloodied on the ground, she is thrown on a British ship headed for a sugar plantation in the West Indies, where she is sold into slavery. But Nell is a person of learned strategies, never to be underestimated. Beautiful and cunning, she seduces the plantation owner’s infatuated son who sneaks her away to pre-revolutionary Philadelphia. There she agrees to marry him, eventually falling in love with him, but keeping her first marriage secret as she becomes a loyal wife and mother–and a tireless rebel against the English rule.

Tensions rise between the Patriots and Loyalists. Nell sees opportunities to pay back the English–blood for blood with no remorse–not only for her own kidnapping but also for her Irish mother’s hanging two decades earlier. When her first husband shows up in Philadelphia, very much alive and married, too, emotions between them run high, yet the two families bond in their desire to leave the turmoil around them and take advantage of land offers in the Carolinas. Except the American Revolution follows in full flow to Carolinas. Nell experiences a tragic crescendo for her family after the Battle of Kings Mountain that only increases her desire for vengeance.

And then, a child is born. The dangerous circumstances of his birth cause a final migration into the wilderness of the Mississippi Territory to a cave of miracles, where Nell’s eyes are opened at last to what it will take to truly love.

The Wind That Shakes the Corn: Memoirs of a Scots Irish Woman is not only Nell’s story, it is the saga of the feisty Scots Irish immigrants in a burgeoning America, and their heart-held faith and courage that led the struggle toward freedom. The novel spotlights both Catholic and Protestants immigrants to America who brought with them age-old grudges against the English Crown.

The Wind That Shakes the Corn: Memoirs of a Scots Irish Woman has also been awarded:

First Runner-up for the Josiah Bancroft Award for Novel

Finalist in the Tuscany Prize for Catholic Fiction 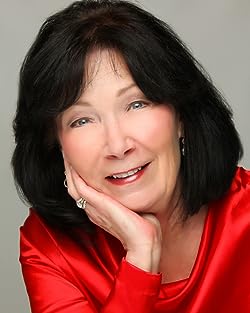 Kaye Park Hinckley is an award-winning author of southern literary fiction. A graduate of Spring Hill College, Mobile, AL, she owned an advertising agency for twenty years before she began writing full time. In May, 2018, her novel, The Wind That Shakes the Corn: Memoirs of a Scots Irish Woman, won the INDEPENDENT PRESS AWARD FOR RELIGIOUS FICTION.

The Alabama native’s debut novel, A Hunger in the Heart, was published by Tuscany Press in 2013. Shortly afterwards, Wiseblood Books published Birds of a Feather, a collection of short stories. Englewood Review of Books listed Birds of a Feather, as one of the six best fiction books of the first half of 2014. Hinckley also won the 2014 Poets & Writers Maureen Egan Award, First Runner-up, for Faithful, a novel in progress. Hinckley’s short stories have been published in many literary magazines, such as Dappled Things, and Tuscany Press’s Anthology of Short Fiction. Other novels are She Who Sees Beyond, Bridge-Man Burning: The Sins of a Southern Man, and Mary’s Mountain. She blogs at http://www.aworldontheedge.com.

“A talented and sensitive Catholic writer whose complex stories are gripping, memorable, and abounding in nourishment for readers hungry for substantial Christian fiction.” The Catholic World Report.

“The reader is delighted by beautiful prose, then challenged to examine the longings of the soul. In the process he learns about faith. ” Dr. Ron O’Gorman, MD, ‘Fatal Rhythm’.

She Who Sees Beyond

A New Orleans hurricane takes the life of artist Audrey Bliss’s husband, swallows any trace of their four year-old son, and dramatically changes Audrey when she suffers a head wound. She’s always been perceptive, but now she sees and hears the voices of missing people calling to be found. Soon, asked by local law enforcement to solve crimes in The Big Easy, she finds many missing people, including a girl from Birmingham, Alabama found murdered in New Orleans. Yet, she never finds her own son, and accepts he died in the hurricane. After inheriting a tiny island in the Tennessee River near Red Clay Springs, Alabama, Audrey attempts to discard her life as a seer and takes up residence in the old house to concentrate on her art. But when an unidentified boy is found dead on a pyre, her gift of seeing will not let go.

The Wind that Shakes the Corn

Beginning in eighteenth century Ireland and then set against the background of a burgeoning America, The Wind That Shakes the Corn tells the story of the feistiness of Scots Irish immigrants, and the heart-held faith and courage that led their struggle toward individualism in America. Nell Dugan’s hatred, but also her love and determination, spotlights the Irish, both Protestant and Catholic, who bring to Revolutionary America age-old grudges against longtime English rule.

On Nell’s wedding night in Ireland, English soldiers abduct her from the arms of her Scottish Lord and throw her on a ship, slave-fodder for a West Indies sugar plantation. But Nell uses her beauty and cunning to seduce the plantation owner’s son who sneaks her away to pre-revolutionary Philadelphia where she agrees to marry him, keeping secret her marriage to the Scottish lord she truly loves, and swearing to pay back the English not only for her own kidnapping but also for her mother’s hanging two decades earlier.

A story of love, hate, revenge, and the ever-hovering choice to forgive. 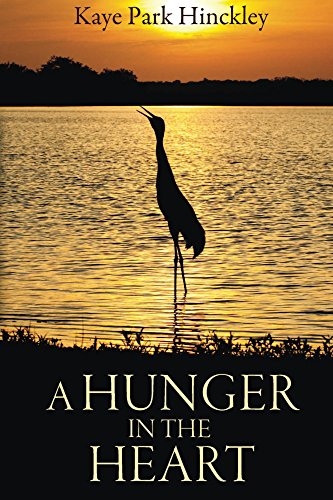 A Hunger In The Heart

In 1955 Florida, a boy struggles with the effects of World War II on his family. His beloved, shell-shocked, father is a decorated hero who stages continual games of war to train his son; his bigoted, alcoholic mother blames the misfortune in her marriage on the soldier whose life her husband saved; and his manipulative grandfather stirs up trouble between mother and son, until the boy must fight a personal war just to survive.

When the boy’s father is suspiciously shot and killed, his grandfather accuses his daughter-in-law, and a bitter estrangement between the boy and his mother is set in motion, tempered only by the family gardener and a neighbor girl with family problems of her own. A story, ultimately, of hope and love. How we find it and thrive in even the darkest circumstances.

Other books by Kaye Park Hinckley

Sue Vincent is a Yorkshire-born writer and one of the Directors of The Silent Eye, a modern Mystery School. She writes alone and with Stuart France, exploring ancient myths, the mysterious landscape of Albion and the inner journey of the soul. Find out more at France and Vincent. She is owned by a small dog who also blogs. Follow her at scvincent.com and on Twitter @SCVincent. Find her books on Goodreads and follow her on Amazon worldwide to find out about new releases and offers. Email: findme@scvincent.com.
View all posts by Sue Vincent →
This entry was posted in Guest post and tagged america, Books, faith, fiction, history, independent pressawards, Ireland, Life, prizewinning fiction, Scotland. Bookmark the permalink.