Guest author: G. Michael Vasey – Magic, Demonic Possession, and Eternal Life – it’s all there in Lord of the Elements

Several years ago, I sat in a pub in London with my eldest son who was spending a semester at Kings College, talking about magic and reality. The conversation was intriguing though likely fueled by the ale as we thought about the weirdness of quantum mechanics and reality. It was during that conversation that the basic plot for my novella The Last Observer came about. In 2013, that book duly appeared and it sold a few copies too. Quite a few people asked if there might be a follow up and over the last 4-years I have been slowly working on that follow up. It has been a slow and labored business but on July 21st, Lord of the Elements will also appear in print.

Lord of the Elements is a prequel but it is also book 2 in the series and I must recommend that people read The Last Observer before embarking on the Lord of the Elements because it in essence, explains a couple of the plot shocks in The Last Observer; in particular it focuses on Edward. Edward is a suit wearing and serious man interested only in the pursuit of magic. While his friends were discovering girls, Edward was calling up spirits and not the alcoholic variety either. He learns of a grimoire written by a man said to have eternal life and determines that he must try to find this grimoire and study it aided by members of the magical Lodge he belongs to and the kindly father-figure that runs the Lodge.

Meanwhile, William has been to a party where he met lots of rich and famous people and also a man called Meister. Meister takes credit for the success of the people at the party and invites William to have a life of fame and riches too – in return for his soul. In the end, William and Edward find that their lives and destinies are intertwined around the unlocking of the secrets in the grimoire.

Despite my best efforts, the book is quite short and still only qualifies as a novella. I spite of  that, it has a few twists and turns and for those interested in the occult, there may be a lot of interest. To the more casual reader, hopefully it will prove to be an interesting read in the same sort of vein as Dennis Wheatley.

The book also borrows quite heavily from the real book on magic that I penned with Sue a few years back – The Mystical Hexagram. As you will discover reading either book, the hexagram is a powerful occult symbol and something of an obsession of mine.

Since that meeting for a pint in a pub in London, I have developed a whole catalogue of books about ghosts, the paranormal and the occult. I could never have imagined that back then but I suppose that in writing The Last Observer, I got the writing bug and now cannot stop….

Lord of the Elements is available to pre-order in paperback and Kindle formats on Amazon. The Last Observer is also available in paperback, eBook and audio book formats.

Excerpt from Lord of the Elements

“I am told that you can help me. If what I am told about you is correct, then my story needs no embellishment and I will simply tell you the facts as they stand and hope that you do understand,” said William.
The figure nodded.
“I am beginning to question my sanity,” said William. “Just two weeks ago everything in my life was boringly very normal. That is, until I was invited to a social event by a very good friend of mine. She told me it would be fun and potentially, very profitable. The party was amazing. There were so many people there that I knew, but only from afar. Politicians, movie stars, models, successful businessmen… I couldn’t quite believe my luck.”
William shuffled a little trying to find a more comfortable spot on the rock.
“Of all the people that I met there that I could have talked to, it had to be him,” he said. Meanwhile, the impassive figure sat motionless across on the other side of the embers.
“He introduced himself as Ralph. He said he wanted to make me an offer. I thought it was going to be some kind of business offer,”
William chuckled to himself.
“His eyes. They were like… the bottomless pit of hell!”
William involuntarily pictured those eyes drawing him in deeper and deeper. He shook and struggled to escape from their icy gaze even in his imagination. “Pits of hell,” he repeated as if talking to himself and going silent for a short while.
Suddenly William looked up and across the fire to the other figure. “Oh my God! What have I done?” 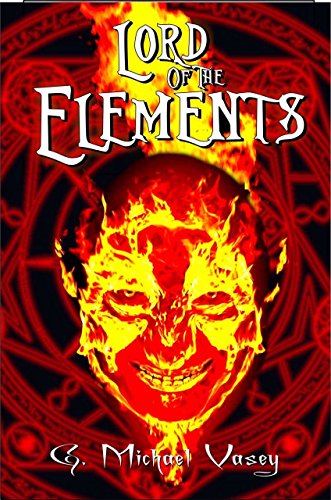 Lord of the Elements – An occult novella

Edward Bright searches for a lost Grimoire written by a magician who purportedly found the elixir of eternal life – The Grimoire El Natlez. Meanwhile, William meets the enigmatic and hypnotic, Ralph Meister, who promises him a life of wealth, women, and fame, in return for his soul. Behind all of these events is a sinister and powerful demon – the Lord of the Elements.

Lord of the Elements is the prequel to The Last Observer and book 2 in the series which finds both Edward and William in a magical battle for their very souls.

A short, but twisty, story that holds nothing back. Full of magic and occult. This book is a real ride through the battle between good and evil and the process of discovery of the ultimate truth.

Will William find a way to avoid losing his soul? Will Edward find his Grimoire?

Pre-order your copy of Lord of the Elements and find out. 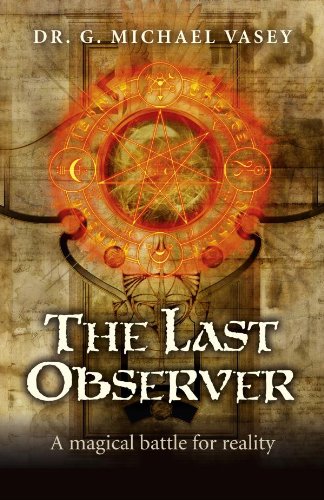 The Last Observer: A Magical Battle for Reality

The Last Observer is a fast-paced occult fantasy adventure reminiscent of a modern Dennis Wheatley novel. Murder, mayhem and magic are embedded in a twisty plot as a London-based, black magic lodge attempt to change the world through magic. Stanley finds himself reluctantly pulled in to the battle save reality as we know it and finds love in the process. Full of surprises and alternate universes.
A hell of a read and loads of fun.

Click the images to go to Gary’s Amazon page and click here to read Rosie Amber’s review of The Last Observer. 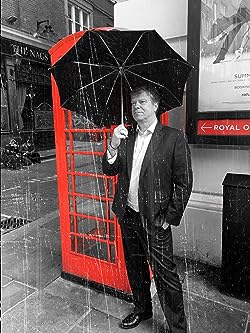 Growing up can be extremely tough for any kid, but imagine growing up around poltergeist activity and ghosts? G. Michael Vasey had exactly that kind of childhood, experiencing ghosts, poltergeists, and other strange and scary supernatural phenomena. In fact, he seemed to attract it, developing an interest in the occult and supernatural at an early age and he has been fascinated ever since.

His “My Haunted Life” trilogy has been highly successful–reaching number one on bestseller lists on both sides of the Atlantic. Now he is presenting the stories of others. The first book in the “Your Haunted Life” series is currently available on Amazon. It’s a must-read for anyone with an interest in the strange happenings of the paranormal world. Then there’s “The Pink Bus And Other Strange Stories From LaLa Land,” a book that lifts the veil on one of the biggest mysteries in human history–the process of death, and what happens to our souls when we die.

He has appeared on numerous radio shows such as

sharing strange and scary stories and his expertise in all matters supernatural. He has also been featured in Chat – Its Fate magazine and been interviewed by Ghost Village and Novel Ideas amongst others.

My Haunted Life Too – A Collection of your true scary stories of the paranormal
Strange Book Reviews – This is my book review site. I like strange books quite a lot!
The Brno ExPats Forum – I started this for ExPats living in Brno back in 2006.
CTRMCenter – This is my professional blog where I write about commodity trading and risk issues.

Sue Vincent is a Yorkshire-born writer and one of the Directors of The Silent Eye, a modern Mystery School. She writes alone and with Stuart France, exploring ancient myths, the mysterious landscape of Albion and the inner journey of the soul. Find out more at France and Vincent. She is owned by a small dog who also blogs. Follow her at scvincent.com and on Twitter @SCVincent. Find her books on Goodreads and follow her on Amazon worldwide to find out about new releases and offers. Email: findme@scvincent.com.
View all posts by Sue Vincent →
This entry was posted in adventure, Books and tagged Amazon, Book launch, kindle, magic, mystery, new book, novella, occult, paranormal. Bookmark the permalink.

7 Responses to Guest author: G. Michael Vasey – Magic, Demonic Possession, and Eternal Life – it’s all there in Lord of the Elements