The Feathered Seer – Part 1 (or “whatever happened to The River of the Sun?”) by Running Elk 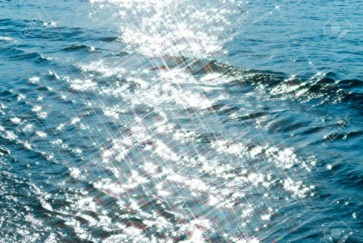 Sunlight on the River
(copyright 123rf.com)

…we may have to go back a little before we can begin. Say two years? All the way back to the “River of the Sun“ in 2015, and the long-awaited “next post”, often promised but always failing to materialise. I suppose the key to its desire for immediate attention, under the (apparently) unrelated title of “The Feathered Seer“, might (just) be gleaned from events arising one Freaky Friday.

But of course, you don’t know how yet: there are pieces of that particular puzzle missing, and some of them won’t necessarily become apparent till The Feathered Seer – Part 3, at which point we might get round to the titular weekend. (I know! The suspense is killing me, too…)

The “River of the Sun” was to be our third Silent Eye (A Modern Mystery School) weekend in as many years. You don’t need to be a member to attend; indeed, the event usually includes such an eclectic mix of different paths and traditions that it becomes much more than the sum of its parts as the weekend unfolds.

It was, with some trepidation, that I read through the assigned part of Amkhren. Yet, no matter how many times you read through a part, it’s not until the Temple is entered and the energy of the other players becomes entwined in the space that the full import of the phrasing, the movement, and intention of the ritual can be appreciated.

Even knowing this, what would transpire in Ritual 5 that weekend was so unexpected, so off-the-scale bat-shit crazy, that there was no way I could have been prepared for it when it came. Possibly, even why the “next post“, this post, has remained aloof and unwilling to see the light of day till now… the order of things appears to be of some significance…

I knew, from the opening of the first ritual, that the weekend was going to be powerful. The opening had Amkhren sitting by the Nile, and, from the first words uttered, I was there: the other players faded into their own space, and only Amkhren and his doting grandmother remained… the waters lapped gently, bejewelled by a million dancing suns… So it continued; the mysterious stranger, the Priestess, the unexpected interruption of a solemn rite of initiation by Rameses and his cohort.

The entire first ritual passed in an instant, and, as in every ritual thereafter, I remained hardly aware of the “real space” in which the Temple resided, or of the people at the periphery of the direct action. The “Vessels of the Gods” were the Gods themselves…

The weekends culminate in Ritual 5, by which time the loose ends of the drama are brought together, the players are wrung out, and the Temple is running on “full“. All just in time for a good re-grounding in the form of Sunday lunch. Despite the intensity of the previous four, I suspected nothing and, lamb-like, entered the Temple for the last time.

Amkhren, aided by the Gods, relates to Rameses “…the story of that great mystery…” as expressed through the symbol of the Enneagram, which lies at the core of the school’s teachings. At the culmination of the story Rameses, moved to spare the boy’s life and to leave the Temple unmolested, calls upon all to bear witness to a Royal ordination of Amkhren as new priest to the Temple.

It is difficult to believe now, as it was then, that this was Rameses’ first time in ritual. With great care and deliberation, he removed his crown in order to retrieve a symbolic gift of initiation from around his own neck. At this point, he might have continued with the ritual. Instead, he took the time to replace his crown, and adjust himself such that Royal order should be maintained. Amkhren, kneeling before him, and the gathered crowd, wait…

Rameses places his hand on the boy’s head; “Let it be known across Egypt…”, a strange vibration was beginning to build; “…that the King-in-Rising has ordained…”, a lightening bolt of rather uncomfortable intensity; “…that there is created today, a new priest in this temple; …”, fire billows, in great waves, around the King; “…that the one known as Amkhren, nurtured to this honour by the Lady Scarab,…”, unbearable building of heat, engulfed and consumed in the flames emanating from, and directed by, the hand of Rameses; “…has been tested beyond the trials of normal process;…”, sweat begins to bead on Amkhren’s forehead; “…and has emerged a higher order of sacred servant.”

Sue Vincent is a Yorkshire-born writer and one of the Directors of The Silent Eye, a modern Mystery School. She writes alone and with Stuart France, exploring ancient myths, the mysterious landscape of Albion and the inner journey of the soul. Find out more at France and Vincent. She is owned by a small dog who also blogs. Follow her at scvincent.com and on Twitter @SCVincent. Find her books on Goodreads and follow her on Amazon worldwide to find out about new releases and offers. Email: findme@scvincent.com.
View all posts by Sue Vincent →
This entry was posted in Silent Eye weekend workshop and tagged alternate reality, Ancient Egypt, awareness, baptism, Ceremony, energy, river of the sun, Silent Eye School, spirit guidance., spirituality, The Feathered Seer, weekend workshop. Bookmark the permalink.

4 Responses to The Feathered Seer – Part 1 (or “whatever happened to The River of the Sun?”) by Running Elk