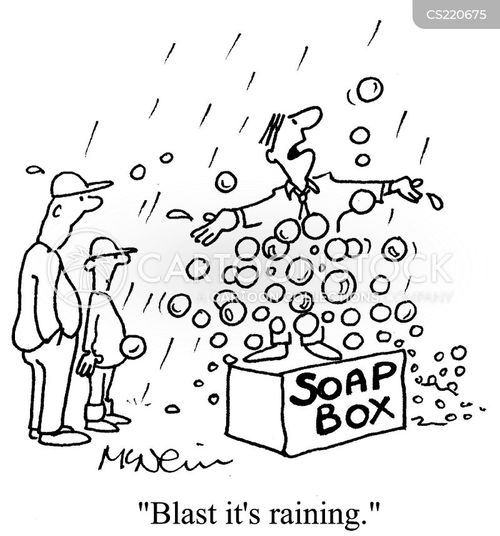 I wandered through into the kitchen, snuggled in my dressing gown, to boil my own kettle for my second coffee of the day… an unaccustomed luxury. I am usually at work by that time, dragged reluctantly from sleep by the alarm clock, woken by the cold pre-dawn walk with the dog and, seven days a week, drink my second cup of coffee perched on the end of my son’s bed. Last night, I had dressed and driven back to work when I should have been on my way to bed. Tomorrow, I will be at work before breakfast. These things happen in my job. While my son, quite rightly, objects to me calling him ‘work’, he is, after all, both my job and my employer (and it is better than some of the things I have called him…).

It has been a while since I wrote about being a carer and these days, to the unreasonable guilt felt because you are talking about it in the first place, is added the knowledge that you are one of the lucky ones who gets paid for what you do. And after all, you are no longer officially called a carer. You rejoice in the title of Personal Assistant.

At this time, when the staff employed to care in hospitals and care homes have been much in the news, the family carer has once again slipped through the net. Little help or advice has been offered through official channels. While I applaud my local social services for keeping in twice-weekly contact with my son to check that he was okay during the COVID crisis, it took months before I was contacted about emergency supplies of PPE… and then the body concerned managed to release the email address of every registered carer in the area…

Add to that the gratitude the country has, quite rightly, shown to the NHS and frontline workers, and the family carers, who have also worked every day throughout the crisis, may well feel invisible.

At some point, the number-pushers of Whitehall realised that, by officially employing family carers, they could bring the unemployment figures and benefits budgets down. By calling us ‘personal assistants’ instead of carers, the official number of carers in the UK drops dramatically too. Just for good measure, the move also covers the horrific fact that un-‘employed’ carers save the country more than the annual cost of the NHS. Little thought appears to have been given to the altered dynamics of families where one member can employ, command and potentially fire other family members, nor to the effects of dealing daily with employers who, by the nature of their conditions, may be subject to irrationality, mood swings and behavioural problems which could create situations for which any other employer would be hauled before a tribunal.

Being officially employed is supposed to protect both employer and employee. In the case of family carers, this is a fallacy, and  I know of not one carer who will clock off at the correct time… the day only ends when the needs are met and the work done. My son’s assessment by social services actually states that I am likely to be with him, on average, seven hours a day, seven days a week. Many jobs need to be done that are not covered by employment contracts and, according to the social worker to whom I mentioned this, they are simply expected to be done, because we are family. It is for this reason that carers are not paid for half the things or hours they do, and why carers suffer a number of health problems of their own, directly related to the nature of their employment.

By employing family members in such a fashion, many end up working twice the hours for which they are actually paid… which is defined by a minute-by-minute assessment of what the powers that be will pay for. This takes no account of the necessary time waiting around between approved jobs or the many other things that must be done and which are not covered. The ‘employed’ status, however, effectively excludes carers from other help for which they might have been eligible, while the hours worked, being all-encompassing as well as irregular, mean that carers are not reliably available to supplement a meagre income with a second job, even if there was the energy. Any life outside caring comes out of what should be leisure time or normal sleep requirements.

And we… the employed personal assistants/family carers… are the lucky ones. There are literally millions of unpaid family carers who fall through the net, getting little or no help, whilst having to hold down a job, subsist on benefits or pensions, or go to school.

Many people do not even realise they are carers. If someone in your family, a friend or a neighbour, is too elderly, frail or ill to cope and need help, you just do it. You can be a carer if you are far away and live on the end of a phone, attempting to help from a distance. You are a carer if your partner needs help… even if you are both in need, but only one of you can manage to do what needs to be done.

Perhaps most concerning is the number of children who care for parents. They miss out on so much that childhood and teenagerhood should offer. It is not the parents’ fault, but that of a system that often fails to notice or to offer the support they need. While the children may feel a sense of purpose and learn responsibility early on, they may be unable to give time, energy and attention to achieving their full potential academically and may miss out on many of the social skills that are acquired by simply being young and with friends.

My own caring role started early. At ten, I learned to be a big sister as my mother went through what I now imagine was post-natal depression. We later moved in with my great grandmother when her husband died, and by the age of thirteen I knew how to wash and dress her and was the nominated person for enemas as my mother was stressed to the max. I never thought of myself as a carer… had never registered the term… until in later years I met the paperwork that goes with being a carer, when I looked after my late partner for a decade.

It was at that time I started to become aware of how many carers slip through the net of both official and charitable help and how many people could be helped as they take on roles for which they are untrained and unsupported. Officially and unofficially, I have been a carer for half my life, yet it took fifty years before I was informed that I could do manual handling training and a first aid course if I wished. I had already done both through mainstream employers, but I am pretty sure it would have helped all those years ago…

Being a carer can be wonderful, rewarding, joyful, enriching and the experience can teach you a great deal. It can also be exhausting, debilitating, stressful and a danger to your own health and wellbeing. In very many cases, it also leads to severe and prolonged financial hardship. There is also a sense of hope-lessness. There will be no promotion, no matter how hard you work. No bonus, no change in your ‘duties’…unless the condition of the person you care for gets worse and the change that comes is grief. And, when death brings the end of a family carer’s role, they are left feeling utterly lost, for all parts of their world have changed and normality is cut from beneath their feet.

Carers need all the help they can get, and few know where to look or dare ask; after all, we are supposed to look after our loved ones… asking for help is letting them down somehow… or that is what goes through your mind. It is a betrayal of love to say you cannot cope, a betrayal to say you need a break.

If you are a carer, let your doctor know…  there may be support there, and in the UK at least, there are things to which carers may have access. Let your employer know if you are an unpaid carer… you have a right to ask for a bit of flexibility in your working hours. Take a look at carer’s charities online. There will be one that operates near you and while they may offer only a place to talk, there can be practical help available too. In the UK, check Turn2Us to see if there is any financial help for which you may qualify. You may be able to get a break through one of the charities. Learn to use the internet to find what you need… a little wrangling with the search bar will almost always offer some advice or solution. If you don’t have a computer of your own, try Computers for Carers.

If you are not a carer, the chances are that you will be at some point in your life. One in five people are likely to become carers… and if not, you may need a carer yourself. Find out what it means to look after someone every day, or to need that level of help yourself.

If you know a carer, and you probably do, even if they do not call themselves by that name, spare them a thought. Loneliness and isolation are two of the most common problems faced by carers and they can be killers. Pick up the phone… make them a coffee… ask if there is anything they need… or just be there and listen if they need to talk, especially if there is no-one in the family they can talk to, and that is often the case, as people can be too close to a situation.  It matters and can make more of a difference than you might think.

Sue Vincent is a Yorkshire-born writer and one of the Directors of The Silent Eye, a modern Mystery School. She writes alone and with Stuart France, exploring ancient myths, the mysterious landscape of Albion and the inner journey of the soul. Find out more at France and Vincent. She is owned by a small dog who also blogs. Follow her at scvincent.com and on Twitter @SCVincent. Find her books on Goodreads and follow her on Amazon worldwide to find out about new releases and offers. Email: findme@scvincent.com.
View all posts by Sue Vincent →
This entry was posted in family, Life and tagged breaks, carers, caring, finacial help respite, friendship, help, isolation, loneliness, stress, support. Bookmark the permalink.

75 Responses to Do you care? #CarersWeek