As most of me now refuses to move after several days of ‘extreme gardening’, I thought I’d share an old one that made me smile at the memories it raised when I came across it…

“Mais, non!” The elegant, if scantily-clad figure oozed disapproval. “You cannot wear a one-piece swimsuit!” This, I thought, was a little unfair. She herself was wearing a one-piece. Granted, it had been a bikini when we had left the villa, but the top half now graced the prow of the little boat drawn up on the Corsican beach, while the only thing to grace the top of my determined employer was the sun.

I hadn’t worn a bikini for years. I didn’t even own one. It wasn’t that my figure was unworthy of such apparel. Back then, all the curves… and they were legion… were exactly where they should be.

There were three very good reasons why a bikini had not found a place on my packing list… aside from the lack of ownership. The first was simply that it seemed inappropriate for the English Nanny/Housekeeper to wear one when on a working holiday with her employers, their friends and their children. It was enough to be invited to share their beach and the sun.

The second was the nature of bikinis themselves. This was the mid-80s. Bikinis had shrunk. No longer the decorous two-piece that owed more to upholstery than high fashion, they were now little more than bunting… handkerchiefs held together with string. The logistics of fitting abundance into a handkerchief and expecting it to stay there were beyond me. In this case, there was only safety in numbers if you stuck to a single figure and went for the swimsuit.

The third reason had to do with the fact that I like to dive. I would dive from anywhere that had a deep enough pool beneath it and my local swimming pool had high-diving platforms.

I had, on one never-to-be-forgotten occasion, climbed the concrete steps to the very top. Poised gracefully on the edge, I looked down at the crowded swimming pool and the very solid-looking expanse of water far below and called myself every kind of idiot except the one I hadn’t thought of.

Flexing my knees I sprang lightly into the air, soaring, suspended for a glorious moment, before plunging down to the liquid embrace. I cut the surface cleanly and continued straight down through the crystal depths. Touching bottom, I turned and kicked, propelling myself once more to the surface… which was when I realised that the G-force had stripped me of the G-string and the top had gone with it…

Even worse, in the frantic retrieval operation that followed, I only found half of it.

For some unknown reason, I developed an aversion to wearing bikinis about then…

So, the swimsuit was what I had chosen to pack for Corsica. Tan lines could always be hidden and anyway, I had already discovered that the roof-terrace of the villa was not overlooked… there would be no tan lines. Still, the modest garment had drawn down the ire of my employer. A beautiful and eternally elegant woman, there was steel in both her eye and her backbone. If Madame, pointing a dismissive finger at the discrete black number said, ‘Mais, non!’ I already knew there would be little point arguing. But we were miles from the nearest town… there could be no hurry…

“Mais, non!” said Madame.  They could not, it seemed, allow my so pale English flesh to tan unevenly. Not at all. It would be, she said, too horrible. Of a certainty, they would immediately contrive. Madame and her friend collected the missing halves of their bikinis and their reluctant victim.  Leaving their husbands and children to the sandcastles, they contrived to whisk me off to a couturier, where the most diminutive scraps of cotton strategically placed on shoelaces represented my entire monthly salary.

Madame shrugged and waved a hand, dismissing my objections in typical Gallic fashion. It would be a gift. They would help me choose. The proprietress of the establishment wafted over and, without so much as an introduction, proceeded to explore my curves with the eye of the artist and the hand of the invader.

My employer and her accomplice, both tall, slender women, were already selecting their suggestions from the rails. It seemed there was an inverse relationship between the price and the amount of fabric used to create these confections. The less fabric involved, the higher the price… and my employer wasn’t skimping on cost. 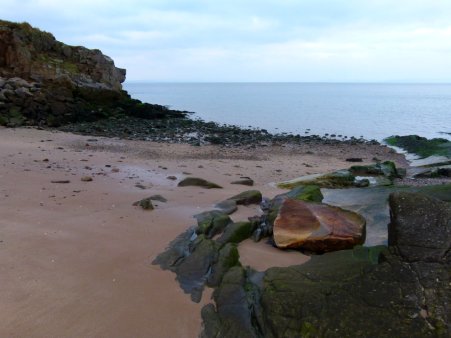 The panicked English rabbit caught in the glare was hustled into a changing room. Not alone. Madame la propriétaire came in with me… and proceeded to tweak, push and plump my assets into bikini after bikini. Each one was then paraded for approval or dismissal, each becoming less and less substantial as the afternoon wore on. Coffee was produced. I’d have rather had a stiff whisky by this point. Perhaps Madame la propriétaire took pity on me, as she eventually dived back through the draperies of the tiny torture chamber with a rather more substantial creation in bright red.

Other than the colour, it looked like a copy of Ursula Andress’ famous bikini from Dr No and was the first I had tried that didn’t remind me uncomfortably of dental floss. It covered and held and fit where it needed to. I indicated my relief. Madame beamed. My employer shrugged gracefully and I departed clutching the tissue wrapped scarlet two-piece in which I enjoyed the sun for the next three weeks. It was the last bikini I ever wore.

That was over thirty years ago; these days, I demand full coverage and substantial upholstery. And warmer seas than Britain usually offers. I seldom get the chance to swim and my decorous black suit gradually thinned and died. When my son said we would have to start going swimming, the hunt was on for a replacement. This time, I shopped alone… and thought of Corsica… and realised it wasn’t half as much fun; sometimes two is better than one.

Sue Vincent is a Yorkshire-born writer and one of the Directors of The Silent Eye, a modern Mystery School. She writes alone and with Stuart France, exploring ancient myths, the mysterious landscape of Albion and the inner journey of the soul. Find out more at France and Vincent. She is owned by a small dog who also blogs. Follow her at scvincent.com and on Twitter @SCVincent. Find her books on Goodreads and follow her on Amazon worldwide to find out about new releases and offers. Email: findme@scvincent.com.
View all posts by Sue Vincent →
This entry was posted in Life, Memories, Photography and tagged bikini, Bond, Corsica, memoirs, sea, sunbathing, Ursula Andress. Bookmark the permalink.

60 Responses to The last bikini