I was late setting off for the north on Friday, so there was no time to stop and enjoy the autumnal colour that now blankets the land like some medieval tapestry, all ochres, rust and gold. By the time I arrived it seemed prudent to do little more than work on a few of the ongoing projects as Saturday evening, we already knew would be a late night….

The weekend was almost entirely about writing, from one perspective or another. Saturday morning, before second (or possibly third) breakfast, we finished a very special project… then as we sent a further book to publish, I had notification that the new and revised edition of The Mystical Hexagram with G. Michael Vasey was almost ready to relaunch. We  started on the storyline for a book, raised a glass in recognition of the second anniversary of publication of The Living One and spent the evening in Langsett and, while we were there and quite by chance, we met fellow blogger and book reviewer, Andy Angel of Ebookwyrm.

The evening was writerly too. We spent it signing copies of Mister Fox: the Legend at the 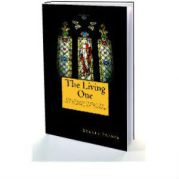 behest of the mysterious Charles James Fox himself… apart from when we took the cameras out into the night or dangled with them from first floor windows in search of images.

Doubtless, more will be said on their dance at the Hunter’s Moon…

One of the highlights of the weekend was overhearing a reader’s comments as he leafed through the newly acquired Legend… Not ‘just’ a compliment, but an exclamation of,  “Ah, that’s why…..” There are moments you know it is all worthwhile… and they have nothing to do with sales figures.

By Sunday evening, The Mystical Hexagram was published… so was the other book… and the project we had been working on over the weekend was finished too. Which didn’t seem bad going for people who move at a leisurely rate…

But the weekend was over way too fast. Even so, as we talked over coffee, even at the ungodly hour we had to be up to head respectively for the office and the long journey south, we somehow managed to sketch out the skeleton of yet another book…

I drove south… a four hour commute to my place of work… and rolled my sleeves up. Yet just for once, if anyone had asked me what we do, I, for one, would simply have answered, grinning from ear to ear… “I’m a writer.”

Sue Vincent is a Yorkshire-born writer and one of the Directors of The Silent Eye, a modern Mystery School. She writes alone and with Stuart France, exploring ancient myths, the mysterious landscape of Albion and the inner journey of the soul. Find out more at France and Vincent. She is owned by a small dog who also blogs. Follow her at scvincent.com and on Twitter @SCVincent. Find her books on Goodreads and follow her on Amazon worldwide to find out about new releases and offers. Email: findme@scvincent.com.
View all posts by Sue Vincent →
This entry was posted in Blogging, Books, Events, Photography, travel, writing and tagged G. Michael Vasey, Langsett, Mister Fox, mystical hexagram, Stuart France, writing process. Bookmark the permalink.

25 Responses to A writerly weekend…