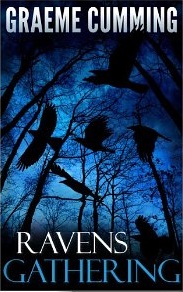 Should you forgive your family for turning their back on you?

Martin Gates left the village fifteen years ago because he didn’t belong any more. Now he’s back, and looking for answers. The problem is, no one wants to hear his questions. Well, maybe Tanya McLean, but she has an ulterior motive and her husband won’t like it.

In the mean time, a horrific accident leaves a farm worker fighting for his life; a brutal killing triggers a police investigation; and even the locals are starting to fall out amongst themselves.

Now the villagers have some questions of their own. Is it possible Martin’s arrival is more than a coincidence? Do they really want reminding of what happened in the past? How has a whole farm disappeared from the map? And why are ravens gathering in Sherwood Forest?

As Martin makes his presence felt, it also becomes clear that he isn’t the only visitor. As the ravens gather and darkness descends, the time is drawing near for history to repeat itself.

Introducing very human characters with deep and unsettling secrets, Ravens Gathering demonstrates that you should never take things at face value. It draws the reader in with neck-prickling tension as the layers are gradually peeled back. Only as it reaches the heart-pumping climax is the shocking truth revealed.

Ravens Gathering caught my eye with both title and cover; a mystery suggested, merely hinting at dark overtones but with little to place the book immediately within a predictable genre. That set the tone, as the story is neither trite nor predictable.

I seldom read thrillers and am not attracted to modern tales of horror. This one, however, is listed largely under fantasy.

The book opens with images that will be recognised by any adult who had a nightmare as a child… then takes you into a different kind of nightmare… an accident that could happen anywhere, to anyone. Or so it seems.

Martin’s arrival in the village is noticed. As an outsider of a mere fifteen years standing in my own village, I can say with confidence that the attitude of the villagers is perfectly portrayed… a nice blend of suspicion, appraisal and curiosity.

There is a history, a family history… and the reader is kept guessing at the secrets and skeletons in the family closet.

It is not long before disturbing things begin to occur under the shadow of tree and night… yet none of this is explicit, leaving much for the imagination to play with before the plot begins to be teased apart, little by little.

The setting of Raven’s Gathering is well drawn without too much detail, allowing the reader to fill in the gaps rather than having everything laid out mindlessly before them. The era is accurately portrayed and familiar. The book draws you in, almost in spite of yourself; most of the characters are not, for the most part, particularly likeable, but they are real and recognisable… these are people we meet every day and the writer has drawn heavily on his own experience.

You get the feeling that you could deduce much about the author himself from the way his characters are portrayed. This may be the one area that does not appeal to some. Coming from a business background, I recognise the techniques used by Ian and his wife. While they are pertinent to the characters, there is perhaps a little too much emphasis on their detail, though not enough to spoil the flow of the story… and they do provide an interesting secondary puzzle for the interested reader to pick apart.

The dialogue is well written and realistic, the formatting good and the story eerily enticing. The point of view from which the story is told shifts several times… and while I know that some dislike such shifts, to me it only adds depth and gives an edge to the suspense.

For me, the most impressive thing about Raven’s Gathering is the way that tension is allowed to build, quietly but steadily, against an apparently mundane backdrop. Financial difficulties, fractured families and fragile relationships are set against the foil of the small doings of everyday life and gossip in an English village. There is a restraint in the writing that is, to my mind, far better at creating real suspense than the current fashion for blood and gore poured over a page. The very normality of the setting stands in stark contrast to the darker psychological and supernatural elements of the story. It is believable… and all the more effective for that.

My only real criticism is the lack of a paperback version. I bought my copy on Kindle for the ridiculously low price of £1.99 ($3.09 in the US). It is, in my opinion, worth every penny of a full priced, hard-copy book.

Graeme Cumming’s debut novel is a very British thriller and well worth reading.

Available on Amazon.com and Amazon UK for Kindle. 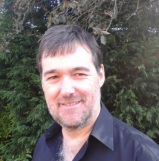 His second novel, Carrion, is currently undergoing a final makeover and is scheduled for release later this year.

Sue Vincent is a Yorkshire-born writer and one of the Directors of The Silent Eye, a modern Mystery School. She writes alone and with Stuart France, exploring ancient myths, the mysterious landscape of Albion and the inner journey of the soul. Find out more at France and Vincent. She is owned by a small dog who also blogs. Follow her at scvincent.com and on Twitter @SCVincent. Find her books on Goodreads and follow her on Amazon worldwide to find out about new releases and offers. Email: findme@scvincent.com.
View all posts by Sue Vincent →
This entry was posted in Birds, Books, fantasy, fiction, writing and tagged dark fantasy, mystery, supernatural, thriller. Bookmark the permalink.