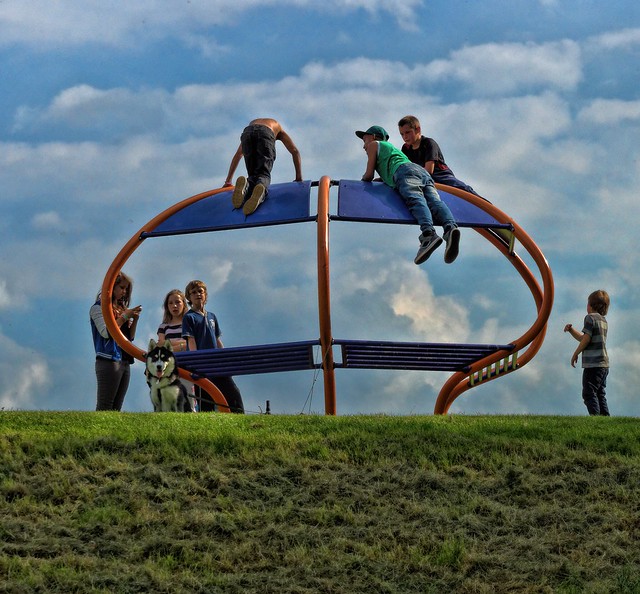 The roads are suspiciously quiet today. You know why immediately… the school holidays are about over and the next few days will see the return to school that will flood the roads with traffic at rush hour. The whole of the day takes on a completely different rhythm once the schools are back at work, as parents head out after dropping children at the gates to do their daily chores … or find that bit of space just for themselves to take a deep breath after the holidays.

The summer roads are odd at the best of times. Children may be at home but many parents still work but routines change. Roads are generally much quieter though and anyone who drives for a living breathes a sigh of relief… that becomes a sharp, tight-lipped intake on the main vacation departure dates when the roads suddenly become choked and slow.

I was, almost inevitably, thinking back to my own schooldays as I drove home from my son’s this morning. I didn’t like school. I enjoyed the learning and, of course, the friendships, but I always felt the odd one out and self-conscious… and the reason varied from good to bad. We’ve all been children and all experienced the uncertainties and vague discomforts of the child learning to grow in a world where it is expected to conform to certain standards. Any deviation from the norm gets them noticed, and that may, or may not be a positive thing… especially for the child.

There were the regimental uniforms of the Grammar School… ties and berets at regulation angle… and yes, it was an all-girls school apart from a brief period of bliss when we merged with the boys over the fence. The boys’ school, I hasten to add. Though thinking about it…. Prior to that every break time had been spent flying paper aeroplanes with messages over the dividing, iron- fenced no-man’s land.

The uniforms were meant to erase the social divide, of course, as well as give us a pride in belonging. Neither worked… we found every means possible to personalise the uniforms and dispense with them as fast as we could. The social divide always showed too, with the difference between the new and the hand-me-down standing out starkly and marking those whose families were financially strapped as being almost second class. It was an unconscious thing, but those of us in the frayed and faded uniforms felt it keenly.

Yet there were areas of study in which I excelled… and others in which I didn’t. The former gets you singled out by the teacher and while praise and recognition are of course very good for children, the fallout from your peers may be a bit more uncomfortable. It was, in fact, far more comfortable to be perceived as average by others in your group. We can, and often do, choose the anonymity of mediocrity simply because it has fewer demands and the shadows are more familiar than the spotlight. Anything else and we might be seen as ‘odd’… weird or unusual. For the child that lingers within us even after we are grown that can be an uncomfortable place.

My son, of course, is now ‘unusual’. There are a lot of epithets applied to disabled people which are less than complimentary or empathetic and that, along with the imposed change in his life, is something he has had to get used to. A little while ago we were talking about some of those changes and he casually referred to how different it was for disabled people compared to ‘norms’. The verbal shorthand tickled me… and the immediate rejoinder was that I hope he didn’t categorise me in that way. No, he assured me, he doesn’t see me as a norm… I’m definitely weird.

This, far from making me uncomfortable, I took as a backhanded compliment… about the only type I will ever voluntarily get from either of my sons as I have mentioned before. It was a lighthearted exchange, but it struck me later how big a change in attitude that represents, when I choose not to be ‘normal’ and conform to a stereotype but instead embrace the path before my feet, wherever it may lead… and its roads can be pretty strange these days. Whether I stand out like the proverbial sore thumb or blend into the shadows no longer matters yet the only thing that has changed is my own perception.

It reminded me too of a line from Doomsday when Don says that he has gone “weirder weird than my normal weird” which about sums it up really. We could, quite easily hide or get lost in the habitual greyness of a conforming normality, but somehow we don’t, because we each have that level of ‘normal weird’ that is simply our uniqueness as individuals. Even when we appear to be just one of many in a crowd… within ourselves and to those who know us, we stand out and shine, simply by being ourselves. If we could find a way to teach that to our children, so they could celebrate instead of shun those who are outside their narrow circles of experience; so they could embrace their own uniqueness instead of feeling the odd-one-out, I wonder what we could achieve…billions of individuals conscious that each brings a unique light to add to the bright flame of humanity.

Sue Vincent is a Yorkshire-born writer and one of the Directors of The Silent Eye, a modern Mystery School. She writes alone and with Stuart France, exploring ancient myths, the mysterious landscape of Albion and the inner journey of the soul. Find out more at France and Vincent. She is owned by a small dog who also blogs. Follow her at scvincent.com and on Twitter @SCVincent. Find her books on Goodreads and follow her on Amazon worldwide to find out about new releases and offers. Email: findme@scvincent.com.
View all posts by Sue Vincent →
This entry was posted in Books, Brain injury, Doomsday: The Ætheling Thing, Life and tagged childhood, difference, learning, normality, School, uniqueness, weirdness. Bookmark the permalink.