Shall We Meet Under the Light of the Moon? ~ Jan Malique 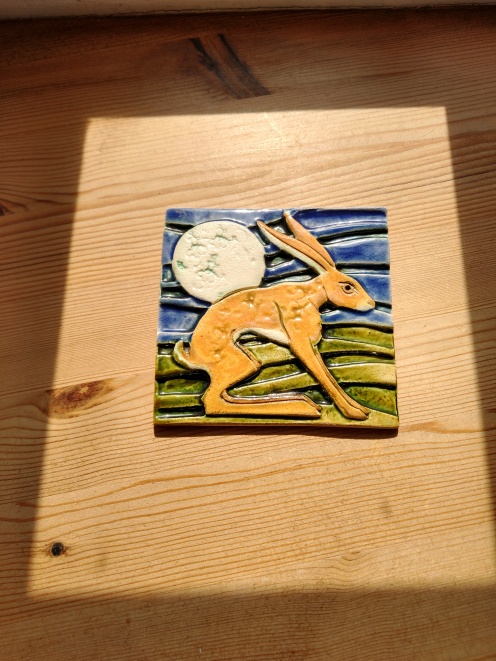 This post started out in a totally different “body.” It had to be discarded. Why? The inner prompting, my Muse that is, decided otherwise. I’m in agreement with him. The White Hare makes an appearance, a messenger from Himself, Thoth (Djehuty). Funny how unaware one can be about such things, you know, when someone is trying to get your attention but you seem determined to ignore the signs. The Hare, as the goddess Wenet, was already installed in the ancient city of Khemenu before it became Thoth’s main cult centre in early dynastic times. Of course the Hare is significant in many cultures around the world, from ancient to modern times. Regular readers of the blog are well acquainted with this mysterious figure, so I shall not elaborate further. His Nibs, Anubis, had been absent for a while. I wondered whether it was due to me not paying respects appropriately. The “Old Country” (Egypt) and her gods were far away, or so I thought until Nebet Sekhmet emerged out of the shadows. That’s how things stand at this moment.

Sue Vincent is a Yorkshire-born writer and one of the Directors of The Silent Eye, a modern Mystery School. She writes alone and with Stuart France, exploring ancient myths, the mysterious landscape of Albion and the inner journey of the soul. Find out more at France and Vincent. She is owned by a small dog who also blogs. Follow her at scvincent.com and on Twitter @SCVincent. Find her books on Goodreads and follow her on Amazon worldwide to find out about new releases and offers. Email: findme@scvincent.com.
View all posts by Sue Vincent →
This entry was posted in reblog and tagged Ancient Egypt, Ancient sites/Sacred Places, Cosmos, introspection, journey, magic, mysteries, Regeneration, The White Rabbit. Bookmark the permalink.