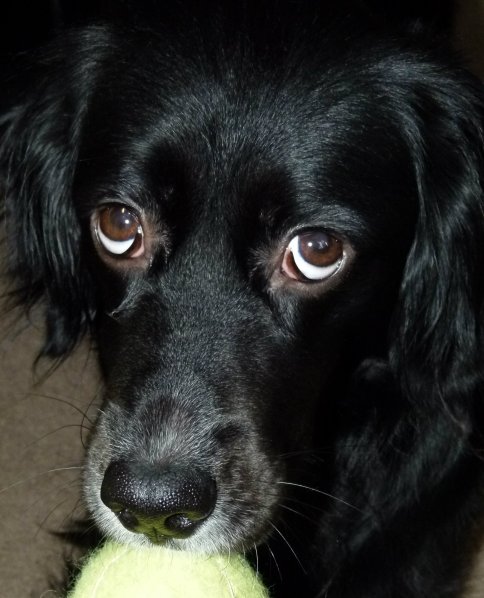 We’ve sort of established that human two-legses are weird, right? Well, what about this whole mince pie thing they do every Christmas?

“I’ll have to make some mince pies,” she says. My ears pricked up at that!In my eyes, a mince pie is full of mince… that ground up beef stuff… with gravy and pastry. That makes them fair game for small dogs, as far as I’m concerned.

So… the mince pies are really raisin pies? “They used to be mince-meat,” she says, as if ‘used to’ is going to help. “With raisins.” So, let me get this straight… they took the good stuff out and shoved more sugar in instead? No wonder they dive around like mad things this time of year and don’t know how to chill! 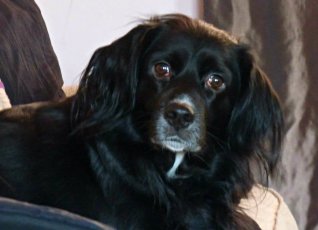 ‘Cause they eat a lot of ’em. She says she is supposed to eat one for every month of the year. To bring her good luck. I think it is more likely to feel like bad luck when she gets fat and her teeth drop out, but what do I know? It wouldn’t happen with proper mince, now, would it? No… that’s protein…and she could share with me and eat less.

Speaking of getting fat… how come you don’t burst?

It seems a bit odd, you know. You ride about on the sleigh all night eating mince pies and never get any fatter. And there’s poor Rudolph and his mates doing all the sleigh-pulling, right round the world and all they get is a low-calorie carrot? Seems a bit unfair to me.

About as unfair as talking about mince to a small dog, then telling her she can’t have any…

You wouldn’t be able to fit some in your sack, would you?

P.S. If she stays up all night again, will you still be able to get in?

Notes from a Small Dog: Four Legs on Two

Sue Vincent is a Yorkshire-born writer and one of the Directors of The Silent Eye, a modern Mystery School. She writes alone and with Stuart France, exploring ancient myths, the mysterious landscape of Albion and the inner journey of the soul. Find out more at France and Vincent. She is owned by a small dog who also blogs. Follow her at scvincent.com and on Twitter @SCVincent. Find her books on Goodreads and follow her on Amazon worldwide to find out about new releases and offers. Email: findme@scvincent.com.
View all posts by Sue Vincent →
This entry was posted in Books, Christmas, Dogs, Humour and tagged letter to Santa, mince pies, Rudolph. Bookmark the permalink.