Living Lore: Gary Stocker and The Phantom Miller of Bearley

I would like to welcome Gary Stocker, who, having seen my appeal for folklore and folk tales, sent me an email packed with wonderful stuff. So much, in fact, that I decided a regular series of posts was the only way to go.

Gary had also seen the National Trust appeal for folklore and traditions and was kind enough to sent me a copy of his initial email to them, am packed with the small traditions of every day. In that email, Gary expressed the belief that the internet will help preserve these old traditions. I hope so too, but while many areas have collected their folklore in books, others have not and having found it difficult to locate the small traditions of many counties, I am convinced that the only way to gather these stories is to ask people to share them.

Gary wrote: “I think that there is probably more interest in folklore now, than in my grandparents’ time. When I was a child in the seventies you used to have visions of old timers telling stories of the old days, ghost stories and old legends. If ever I asked my grandparents or great uncles/aunts, you were met with complete uninterest. In fact one of my grandfathers was a complete sceptic! I am guessing that their generation were trying to leave that behind and modernise.

I think that the renewed interest in folklore now is probably driven by rapid changes in technology and the social changes associated with it. Folklore acts as a kind of anchor to the past.”

Gary also sent me a number of articles and photographs… Look out for his posts on Sundays at five pm, UK time. His first post tells of…

The Phantom Miller of Bearley 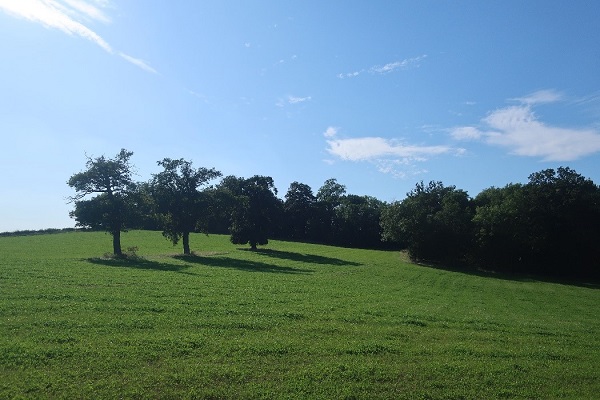 To the north of the Warwickshire village of Bearley, up until the 1930’s, there stood the remains of a windmill. It fell into disuse in the nineteenth century. Trees grew up around it and was finally demolished in the 1930’s and the building materials reused. 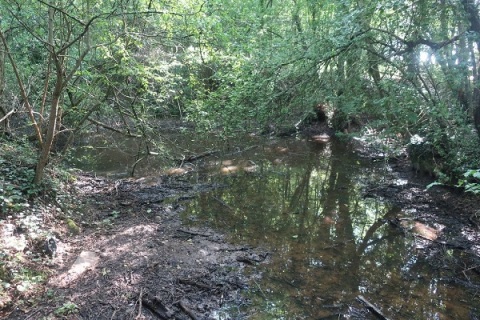 Pool where the ghostly horses are said to drink.

The millstone is said to still be there. According to legend there is meant to be sacks of gold under it. The ghost of a miller holds it in place though. The only time he releases his hold is at midnight at the full moon, when he leads his six black horses down the hill to drink at a pond. 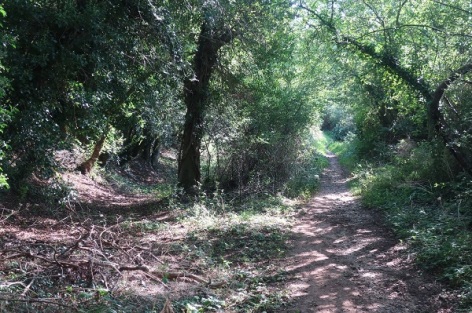 There is a sunken track, known as the “Roman Road”, which runs parallel to the official public footpath and leads to the pond. The track appears to be very old. In places it is halfway passable, then it gets very overgrown and in places it disappears altogether. 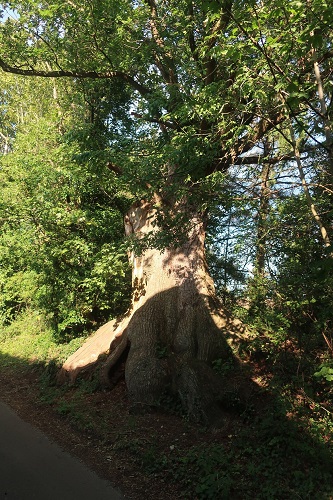 The path becomes School Lane, goes past a nine hundred year old druid oak and terminates at the church of St Mary Virgin. The church itself was haunted and there is a blocked off doorway in one of the walls. 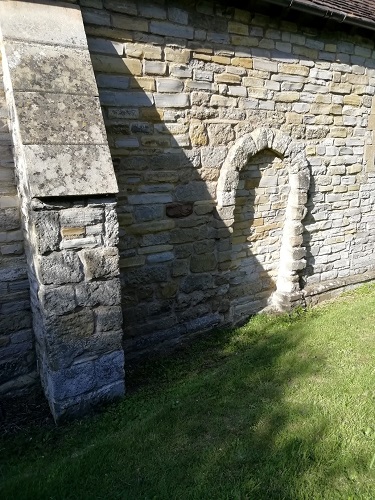 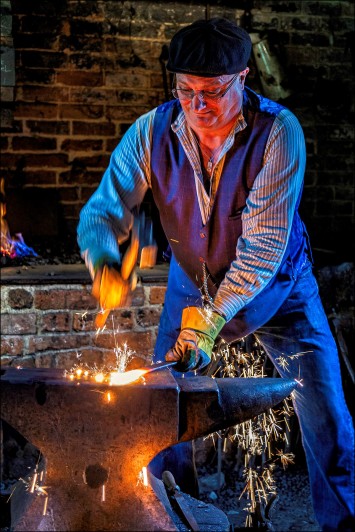 Sue Vincent is a Yorkshire-born writer and one of the Directors of The Silent Eye, a modern Mystery School. She writes alone and with Stuart France, exploring ancient myths, the mysterious landscape of Albion and the inner journey of the soul. Find out more at France and Vincent. She is owned by a small dog who also blogs. Follow her at scvincent.com and on Twitter @SCVincent. Find her books on Goodreads and follow her on Amazon worldwide to find out about new releases and offers. Email: findme@scvincent.com.
View all posts by Sue Vincent →
This entry was posted in Living Lore and tagged Folk Tale, folklore, ghost story, haunting, horses, miller, traditions. Bookmark the permalink.

14 Responses to Living Lore: Gary Stocker and The Phantom Miller of Bearley