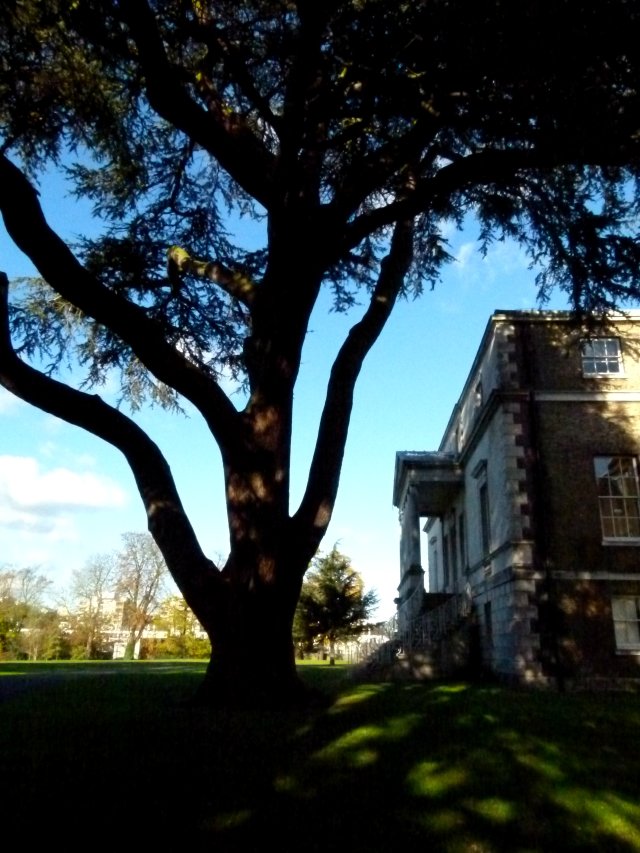 Ye gods but it was cold scraping the ice off the car in the wee, small hours this morning. It had been a long, long day…but a good one. Quite why I have been awake so long already after so little sleep possibly has more to do with the cold than anything else. Though I’m not complaining… the weather had been glorious, even if the directors of the Silent Eye had been inside the gracious Whitelands college all day.

The view from the tall windows over Richmond park at sunset was spectacular and I was itching to be able to get the camera out of the bag… but to no avail. It was dark by the time I had chance. I had been able to snap some beautiful stained glass, though, and the squirrels in the grounds.

A rush hour dive across London found me standing on a bridge overlooking the Thames, camera in hand, capturing the lights on the water before heading onwards to meet my friend in the bar of his hotel. I was early.. much earlier than I expected, and stood in the lobby to text and let him know of my arrival.

I look up… and up….my five foot dwarfed by his six foot four…and meet a grin familiar from years of photos but never seen in person.

Yet this was not a ‘first’ meeting, but a reunion of old friends who had simply never happened to meet in all the years of a long friendship.

It had been an odd story… I had stumbled across an article on a website and felt prompted to contact the author. Although he lived in the US and I in the UK, we were both from the same area of England.. fellow northerners.. and studied with the Servants of the Light. We had corresponded a little and the seeds of friendship were sown. That must have been around eight years ago. A year or two later he is living in the Czech Republic and I also met a young man online, of a similar age to my sons, and of whom I quickly become very fond. We met through a forum where I was teaching. he lived in the US. Of all the billions of people in the world I had stumbled across my friend’s son. 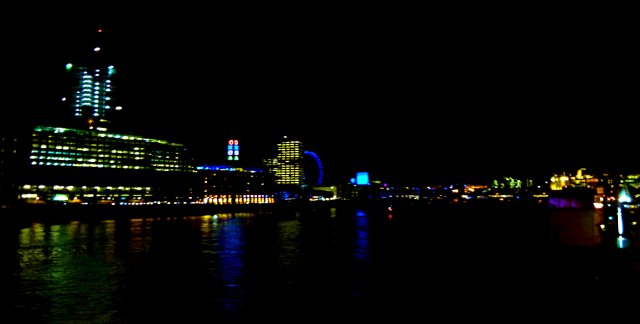 Eventually we wrote The Mystical Hexagram together.. a book as magical as our stumbling across each other in such a wide world. Yet still we had not met.

So imagine my delight as we walked into the hotel bar to find not only Gary but his son there waiting too. 🙂

We were joined by Gary’s business partner… so a hobbit feeling very, very small was escorted to dinner at a great little Italian place in the shadow of St Paul’s… by three gentlemen of 6’4″.

The last train home broke up the evening far earlier than I would have liked, but… last night I finally met Gary Vasey.

Sue Vincent is a Yorkshire-born writer and one of the Directors of The Silent Eye, a modern Mystery School. She writes alone and with Stuart France, exploring ancient myths, the mysterious landscape of Albion and the inner journey of the soul. Find out more at France and Vincent. She is owned by a small dog who also blogs. Follow her at scvincent.com and on Twitter @SCVincent. Find her books on Goodreads and follow her on Amazon worldwide to find out about new releases and offers. Email: findme@scvincent.com.
View all posts by Sue Vincent →
This entry was posted in Books, England, Friendship, Landscape, Life, Love and Laughter, Photography, Spirituality and tagged being, Life, Photography, spirituality, The Mystical Hexagram, The Silent Eye. Bookmark the permalink.