Six years ago, when we could still travel the land and explore wonderful old places, friends came over from the US and we spent a day in the hills. It is a strange place… and I have since learned of various even stranger links to a Grail mystery. There is also a church there that s more than worth a visit, so over the next few days, wander out with me to revisit Burton Dassett…

I still couldn’t get over the church. My friends were beaming… they had certainly found a beauty to share with me. But they hadn’t quite finished. Tracey, an Englishwoman, had grown up in the area and knew it well. She suggested we have a look at Windmill Hill, so we piled back into the cars for the short drive. The landscape either side of the track was very strange; rutted and rippled like the surface of a pond. 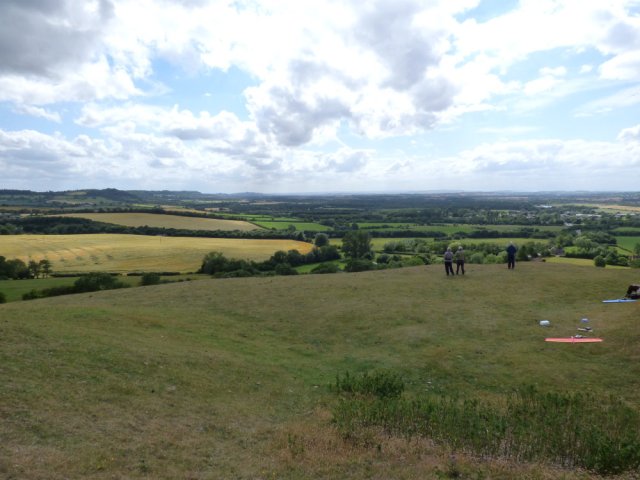 We drove between two hills and parked by a third where a round tower stands proud on the summit. Though to have been a grain store at some point in its history, it is this that gives the hill its name. The doors are blocked now, filled in with stone and modern mortar. My friend recalled being able to go inside as a child.

The view, however, is still there and spectacular, looking right out across Warwickshire. On an adjacent hill, a farmer was herding his sheep. Below us, a few people were flying model aeroplanes… or attempting to in the blustery wind. The wheat in the fields looked like billowing silk or blown water in the wind. It is an old landscape, almost untouched, it seems, apart from our fields and lanes. Flint tools have been found here, evidence of a Romano-British settlement and traces of an Iron Age village. 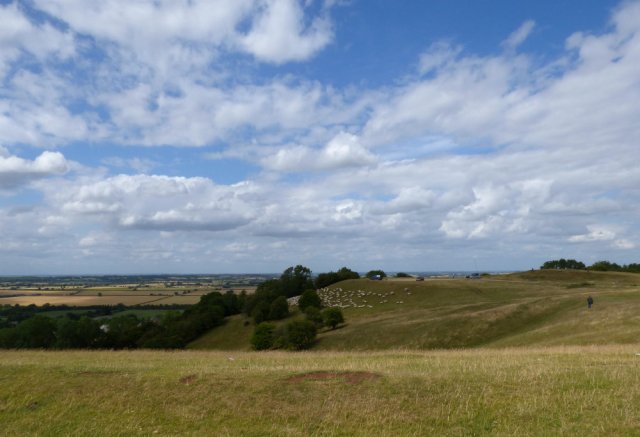 To the other side we could just see the tower of the church peeping above the trees. Looking at the lansdscape on the top of the ridge, it seemed obvious that it had been worked. Quarry trenches and fragments of old walling are responsible for the odd appearance. Tracey pointed out the mound known as Gibbet Hill. Thirty-five Anglo-Saxon skeletons were found in an excavation of one of the trenches, thought to be the remains of criminals, possibly executed, but certainly gibbetted here. A further skeleton was found near the grain store.

But the afternoon was drawing on and my friends had an early morning flight back to the States. Failing to find a cream tea (look, it’s allowed on their last day!) we reapaired to a pub next to the canal. A pub, moreover, that, if it lacked Stowford’s, sold Old Rosie… and did a nice line in strawberry pavlovas with ice-cream. It had been hours since lunch… 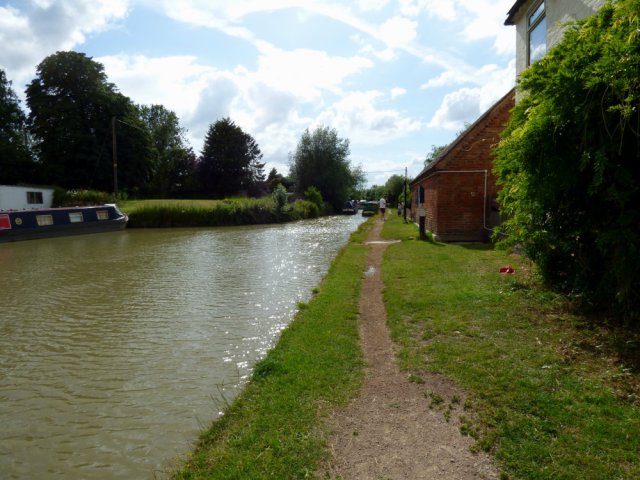 Over the excessive and delicious calories, we talked, catching up on the news. There was not a lot of time… nowhere near enough to really catch up. That is the trouble when friends live the world over. The shrinking world of technology allows us to meet people from across the globe in a virtual environment, but when those avatars become people, and friends, distance makes itself felt.

Then it was time for the goodbyes and the hugs and promises of ‘next time’. I could probaly hug my way across America these days, greeting friends I see too seldom, if I ever manage to get there. It had been a lovely afternoon, but it was time to head home and get back to work… even the barges were in on that…

Sue Vincent is a Yorkshire-born writer and one of the Directors of The Silent Eye, a modern Mystery School. She writes alone and with Stuart France, exploring ancient myths, the mysterious landscape of Albion and the inner journey of the soul. Find out more at France and Vincent. She is owned by a small dog who also blogs. Follow her at scvincent.com and on Twitter @SCVincent. Find her books on Goodreads and follow her on Amazon worldwide to find out about new releases and offers. Email: findme@scvincent.com.
View all posts by Sue Vincent →
This entry was posted in Ancient sites, England, Friendship, Photography and tagged burton dassett, landscape, warwickshire. Bookmark the permalink.