Two years ago I managed to finish my first novel and publish it on Amazon Kindle Direct Publishing. While basking in the satisfaction of completing the book, ‘A Justified State’ (and receiving the odd couple of gratifying reviews), I got a nagging sense that the characters I had created had more of a story to tell beyond ‘THE END’ of the first book.

Pretty quickly the basis of a plot for parts 2 and 3 of a trilogy came together. ‘A Justified State’ is a detective thriller set in an imagined near future world, loosely based on my home city, Glasgow. I wanted to avoid repeating what I had written in the first book, not only because I thought readers would be bored reading the same sort of story again, and also because I knew I would be bored writing something similar. So I set about taking the characters from the first book and continuing their stories in a different style of book. The second book, which would become ‘State Of Denial’, moved away from crime fiction and towards a political thriller, concentrating on the world of journalism and politics and inspired by my love of investigative journalist drama (think ‘All The President’s Men’ or ‘Spotlight’).  I also moved the story forward three years, allowing the characters to have move on, change and develop in the intervening years. The third book would move the story on another few years and be a war novel, inspired by the best of Hemingway (aiming high!), the start of which was sown at the end of book two.

With the structure decided, I knew how my two main characters – police detective Danny Samson and assassin Gabriella Marino – would move and develop through the books. What I needed to develop was what other characters would travel through all three books and what new characters should be introduced. By moving book two into the worlds of journalism and politics, I was able to introduce a lot of new, different types – including a young ambitious journalist, Maxine Aubert, and the State Chancellor Lucinda Romanes. In the third book a new cadre of war comrades were introduced. The new characters allowed the dynamics to change between the original characters and freshen up relationships.

Around the time of starting the second book, my young son was diagnosed with the auto-immune disease type-1 diabetes. As always, after the initial shock and while learning about the disease and how to deal with it as a parent, I used it as an inspiration and brought it into my fictional world in the character of a young boy who suffers from the same disease. Writing is always a great way to work through fears, ambitions, hopes and worries in life.

I set myself an ambitious timetable to release the books each year. ‘State Of Denial’ arrived in 2019 and I moved straight onto writing the third and final instalment, ‘State Of War’, which is now available. I always had a clear idea about the end point I wanted to reach with both of my central characters, and this didn’t change during the writing. As I wrote the books it surprised me how the endings for some of the other characters came together. Happily, I was really pleased with how it all came together – plot and character – and the  resolution in the third book felt natural and not forced in anyway. I’m pretty pleased with the trilogy as a complete story, and I hope the reader will think the same.

Book three of The State Trilogy

The State is at war at home and abroad. While the global First Strike War continues, a civil war threatens to bring down the ruling Central Alliance Party.
Daniel Samson – Citizen, Traitor, Survivor.
Gabriella Marino – Soldier, Assassin, Fighter.
Caught between the State Forces and the rebels, hunted by both sides, they must choose between their own survival and protecting the city and the citizens trapped within the war zone.
Are they willing to sacrifice their own chance of happiness to save a city from destruction?
The thrilling conclusion to The State Trilogy sees Danny and Gabriella join forces against their enemies in a fight that will determine the fate of the State, and the lives of all those who live there. 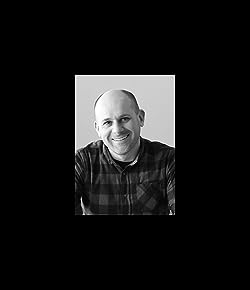 Book One of The State Trilogy

Available via Amazon in paperback and for Kindle.

“What if the government controlled the population ? What would that mean for ethics? for privacy? and for individual choice? What happens to the human mind when the body no longer functions properly. What is truly free about free will? What if you found out everything you believed was a lie?”  Laurie J. Bell

“This is a superbly well written fast paced, suspenseful mystery. A page turner as the action in the book makes you gasp and the witty one liners, brings you some smiles amidst the tension happening with the story. A story that I wanted to continue when I got to the last page for I was drawn to the characters and believe they still have a story to tell!” Carolyn

“Author Iain Kelly has created a fascinating near future world in which police investigation, as we know it, has been rendered moot by technology. Enter Detective Danny Samson, handed the most important case of his life, a case requiring old-fashioned detective work–the kind of work that can get a man killed.” CV

Book Two of The State Trilogy

Election time in The State, the citizens prepare to vote. A journalist from the Capital City heads north to report on growing resistance to the powerful ruling Party. An ex-police detective returns to the City he once fled. Together they become entangled in a burgeoning opposition movement. Soon they learn the Party will do whatever it takes to remain in power, and one life is all it takes to spark a revolution.

Available in Paperback and for Kindle

at Amazon UK and Amazon US

Sue Vincent is a Yorkshire-born writer and one of the Directors of The Silent Eye, a modern Mystery School. She writes alone and with Stuart France, exploring ancient myths, the mysterious landscape of Albion and the inner journey of the soul. Find out more at France and Vincent. She is owned by a small dog who also blogs. Follow her at scvincent.com and on Twitter @SCVincent. Find her books on Goodreads and follow her on Amazon worldwide to find out about new releases and offers. Email: findme@scvincent.com.
View all posts by Sue Vincent →
This entry was posted in Guest post and tagged action, adventure, fiction, new book, NewRelease, thriller, trilogy. Bookmark the permalink.