How not to go viral…

My fingertips are frozen blue,
I’m boiled and casting clothing.
Were I a man, it would be ‘flu…
I read reports with loathing
That womankind copes better
Going viral in this manner,
And while my nose gets wetter
I’m afraid I have a spanner
To cast right into this fallacy
Designed by persons nameless…
And promulgated callously…
That man-flu should be blameless.

I have a choice of two, I feel,
On whom to point the finger…
One worked to keep an even keel,
The other didn’t linger
Long enough for me to blame him
(Though with motherly discretion
I don’t think that I need name him –
And the bug made no impression.)

While many writers dream of going viral for a day…
This isn’t how to do it… and that’s all I have to say. 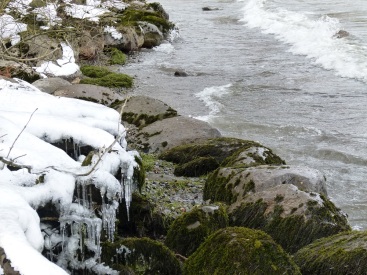 I wish to debunk a myth. Men are not less able to cope with flu than women. I know this first hand. One of them gave me this and, of the two most likely candidates, one carried on heroically in spite of it all while the other went out on his bike… Me, I currently hover somewhere between gelid and boiled, unable to get either brain or extremities warmed up and moving.

My boss just laughed at my misery as I helped him get ready for that bike ride. He is able to laugh with a modicum of impunity, being also my son. My son, however, may think himself lucky my throat is too swollen to retaliate…

I managed to croak that he should be gentle with me…I’m fragile…  It didn’t work.

Honestly, when you are trying to be thoroughly miserable it helps if people play along…

I had no such luck, either with him or the dog, whose idea of being helpful was to bring me a stream of cold, wet tennis balls to throw. All I want to do is sleep, but there is no chance of that when she needs to go out. So I tap away in an effort to stay awake and encourage blood flow to the fingertips… and if what comes out is below par, for once I have an excuse. My brain’s not working.

The trouble with this whole scenario is that you don’t actually get to enjoy any of the perks… the early nights where you can’t actually sleep, the feet-up time because you have no choice, the cat-nap instead of the housework… there is, as far as I can see, no benefit to being ill when you feel ill.

I have come to the conclusion that we have the whole thing back to front and we should make a point of being nice to ourselves before we have no choice in the matter. So once I’ve stopped aching and feeling sorry for myself, I may take a leaf out of Samuel Goldwyn’s book, put my feet up and say I shall be laid up with intentional flu.

Sue Vincent is a Yorkshire-born writer and one of the Directors of The Silent Eye, a modern Mystery School. She writes alone and with Stuart France, exploring ancient myths, the mysterious landscape of Albion and the inner journey of the soul. Find out more at France and Vincent. She is owned by a small dog who also blogs. Follow her at scvincent.com and on Twitter @SCVincent. Find her books on Goodreads and follow her on Amazon worldwide to find out about new releases and offers. Email: findme@scvincent.com.
View all posts by Sue Vincent →
This entry was posted in Humour, Photography, Poetry, writing and tagged cold, flu, going viral, seasonal health. Bookmark the permalink.

100 Responses to How not to go viral…