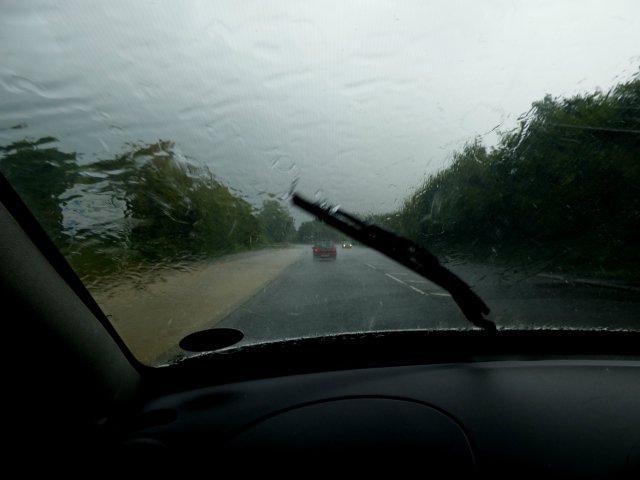 This morning my sons almost jumped from an airplane. But not quite. Not yet. The five a.m. alarm was futile although we could not have taken anything for granted. Local weather conditions vary and it might have been better at the airfield, in spite of the wind-driven clouds and rain here that were the remnants of hurricane Bertha. It wasn’t hopeful though. A phone call from my son’s home confirmed… the skydive would have to be postponed, the conditions, with their amber alert, precluded the jump which is now re-scheduled for October. Which wasn’t the best start to a day that continued with storms, hail and flooded roads as the wind snapped branches from th trees. It is August, yet it feels almost like winter.

A recalcitrant computer and an internet connection that has flatly refused to cooperate made the rest of the morning a little frustrating… though that may be a gross understatement. On the other hand, we have managed to get a huge amount of work done over the past few days, visited some places I have long wished to see and completed the fourth of our talks in Glastonbury.

Wednesday I had collected the car and was finally mobile again in time to run the 25 miles to collect my companion. Unfortunately as the darkness drew in it appeared I still had only one light on the car and an early return to the garage next morning was going to be inevitable. There was a lot of driving to do and I wasn’t going anywhere without lights, not with the inauspicious weather forecast.

The evening, however, was pretty much business as usual, working on School projects and, of course, unpacking the first copies of Doomsday to have landed on the mat. There is always a thrill there… we are agreed that a book doesn’t feel ‘published’ till there is a concrete copy in your hands and pages to turn. Then it feels real.

Thursday morning dawned surprisingly fair and bright and we were ready early. A trip to the garage sorted the problem and we were on our way. We didn’t get far, I admit, before we stopped again … just a few miles up the road to a local stone circle with an impressive centrepiece. Not a ‘real’ one though… the whole thing is just a few years old and in spite of all the efforts of the architect to adhere to many of the familiar features of the old places, this just doesn’t feel real. It is very strange to walk into such a space and ‘feel’ nothing, except possibly a whisper of ‘almost – but not quite’. It was, however, a pretty good space in which to work on the upcoming evening’s talk on the architecture of the soul. 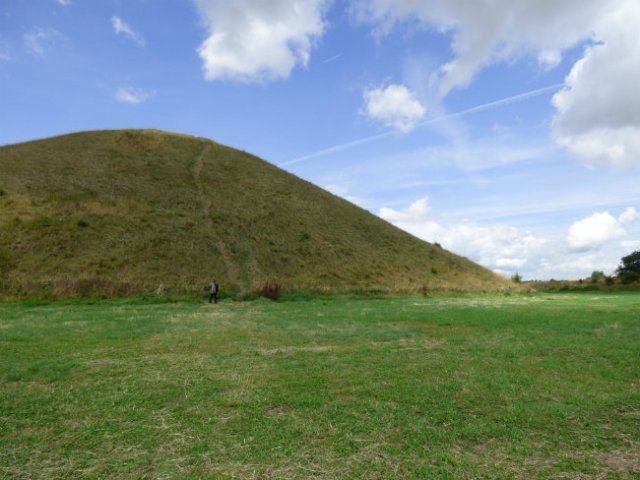 … and we would soon be seeing the real ancient past once more, of course. We passed Uffington, catching our habitual glimpse of the ancient White Horse on the skyline; passed Barbury Castle, the Iron Age hill fort whose ridges mark the horizon and demand a visit one of these days and then the world changes as the urban landscape is left behind and time seems to melt away. The land once more feels real and alive, in a way that is hard to define, as we move into the ancient places that line our route through Wiltshire and beyond. There is a gear change, a shift, and Albion lies before us as we follow the age-old highway towards our rendezvous in Glastonbury.

Sue Vincent is a Yorkshire-born writer and one of the Directors of The Silent Eye, a modern Mystery School. She writes alone and with Stuart France, exploring ancient myths, the mysterious landscape of Albion and the inner journey of the soul. Find out more at France and Vincent. She is owned by a small dog who also blogs. Follow her at scvincent.com and on Twitter @SCVincent. Find her books on Goodreads and follow her on Amazon worldwide to find out about new releases and offers. Email: findme@scvincent.com.
View all posts by Sue Vincent →
This entry was posted in Books, Landscape, travel and tagged car, skydive, sons, storm, weather. Bookmark the permalink.