Whitby Weekend: Tail of the unexpected… 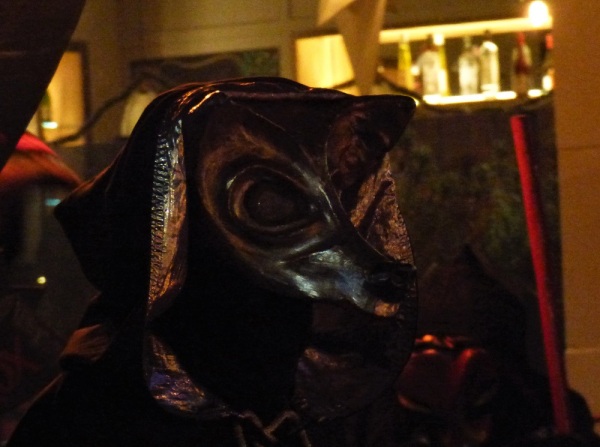 It was dark, but not late, as we drove at a leisurely pace back into Whitby, expecting the streets to be as quiet as the previous night. As we approached the bridge, though, a drumbeat began… and at, the same moment, I saw the distinctive shape of a well-known banner, black against the harbour lights. In unison, Stuart and I…like children seeing Santa Claus… cried, “FOXES!” And suddenly, it was all about finding somewhere…anywhere… to park. 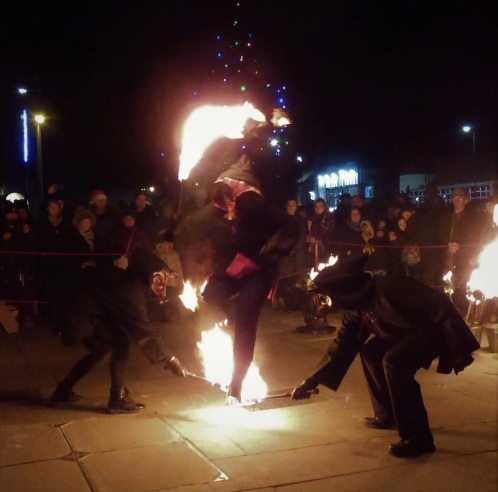 We’d had no idea they were going to be in Whitby that weekend! What were the chances? With one thing and another, we had not been able to see them dance this year and we were both missing that. 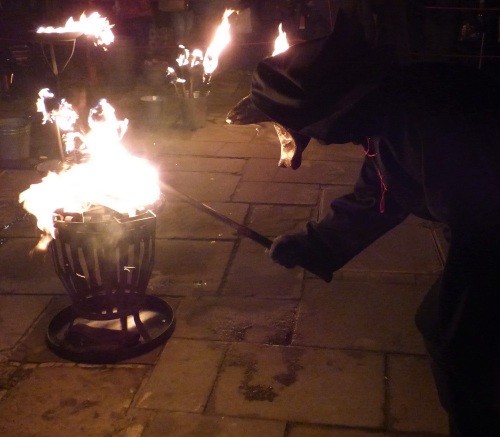 Gary, of course, hadn’t a clue what was happening… and to be fair, neither Stuart nor I were a lot of help, at least not in any coherent sense. Just saying ‘its Mister Fox’ repeatedly is hardly going to be illuminating. 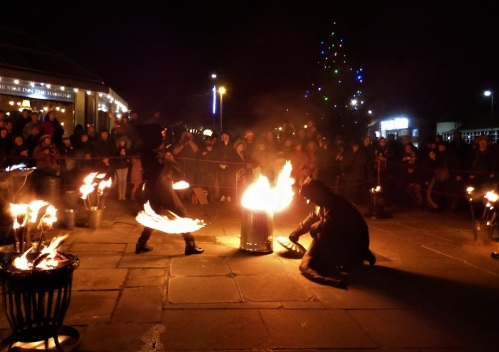 Where do they come from?

They come out of the night…

Where do they go to?

Back to the night they return…

They dance in the dark to pipe and drum and fiddle

They dance in the dark with fire and brandished flame…

No-one knows who they are… 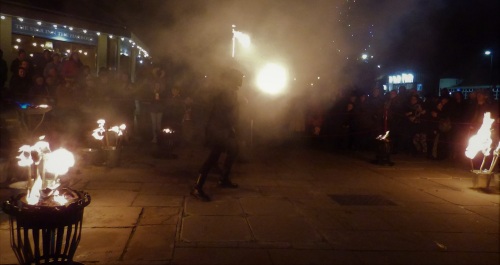 I drove across the bridge.. and back again, looking for somewhere to park the car. Pulled into the station, sent the menfolk off to watch and set about trying to work the parking meter in the dark. 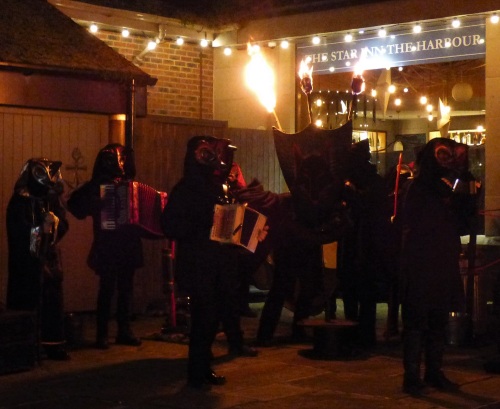 By the time I got there, Crow had vanished and the dance had begun. I hadn’t a hope in Hades of finding the menfolk in that crowd, so shuffled around trying to find a space where I could, perhaps, get a few decent shots for the next Mister Fox book. 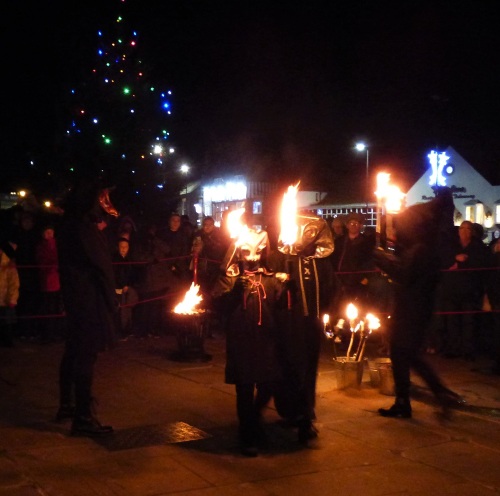 With the demons from the afternoon’s Krampus parade that we would have watched had we not been engaged elsewhere, we watched the Foxes dance.

Sue Vincent is a Yorkshire-born writer and one of the Directors of The Silent Eye, a modern Mystery School. She writes alone and with Stuart France, exploring ancient myths, the mysterious landscape of Albion and the inner journey of the soul. Find out more at France and Vincent. She is owned by a small dog who also blogs. Follow her at scvincent.com and on Twitter @SCVincent. Find her books on Goodreads and follow her on Amazon worldwide to find out about new releases and offers. Email: findme@scvincent.com.
View all posts by Sue Vincent →
This entry was posted in The Silent Eye and tagged fire dancers, folk dance, legend, Mister Fox, serendipity, surprise, Whitby. Bookmark the permalink.

7 Responses to Whitby Weekend: Tail of the unexpected…