Notes from a small dog XLIII

Honestly, you have no idea how hard I have to work to look after her!

Last night it was the big spider outside the window. Just hanging there, looking at her… I barked and barked, tried to get up on the windowsill… there’s a handy planter outside, but she started moaning about me knocking the apples off her baby tree… In the end I managed to get her to do something about it instead… the feather duster has a long reach and she wiggled the web to make it go away. She says it was to keep me quiet, but I’m not so sure. I mean, it was looking at her as if she was a lifetime’s meals! 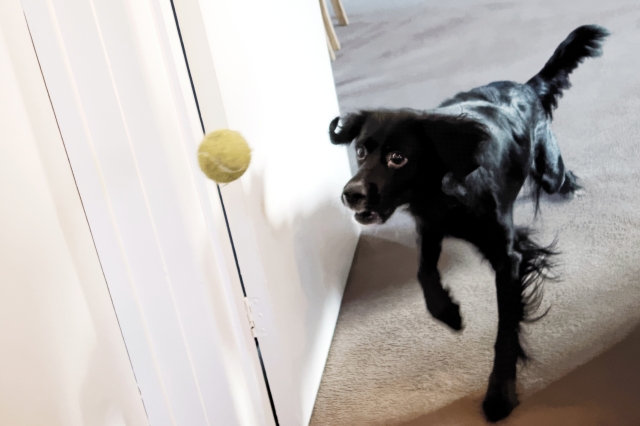 Then it was the fly. How can she work when there is a fly sitting on top of the computer? And if she can’t work she can’t finish… which means we can’t play and I had the balls lined up and everything!

It’s been a hard day. Flies, birds, that ruddy ginger tom from next door… and if that wasn’t bad enough, I had to defend her from aliens.

What do you mean there’s no such thing??? 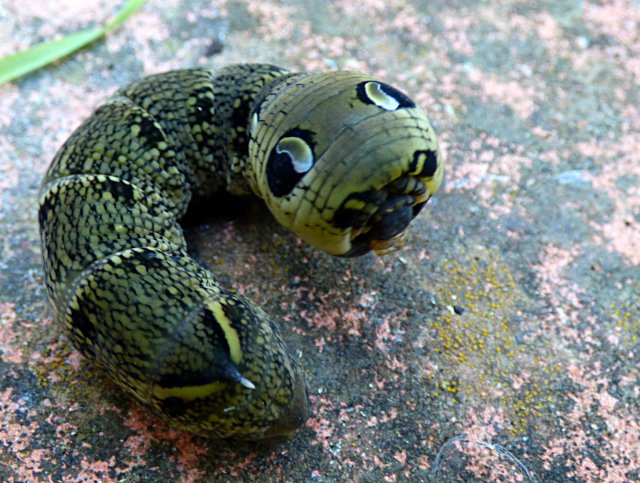 Green, big eyes, fat, squidgy bodies… sounds like an alien to me… and I’ve never seen one of these before. Stood up to me too!

Reared up on its hind le..well, whatever they are, You can’t really call those little suckery things legs! 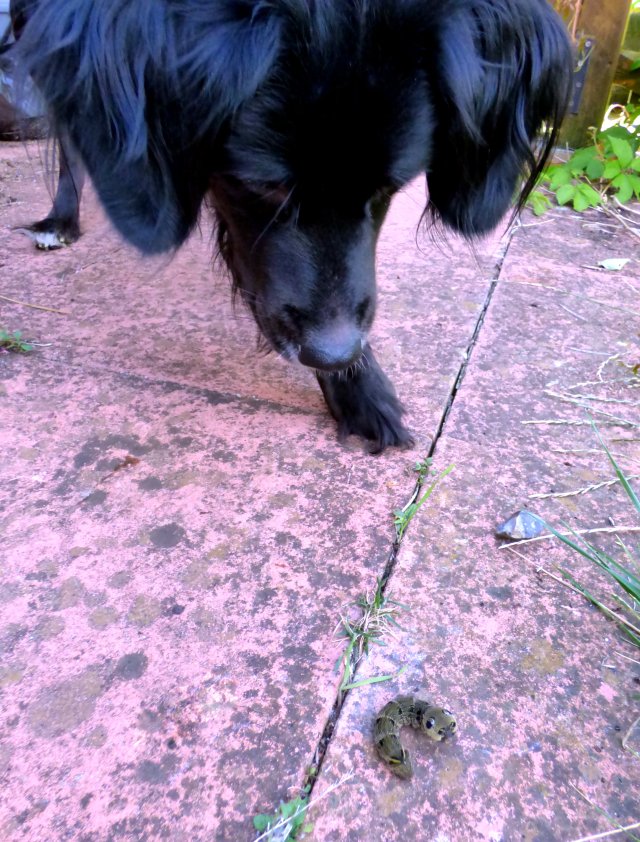 And would she come out and see? No. I kept trying to get her outside but she wasn’t having any of it. Just huddled in the fleecey thing and moaned a bit. She says she’s a floosie.

No, hang on, she says she’s got infloosie… or something like that anyway. She’s all croaky and sniffy and achey and isn’t moving much. I’ll bet you she tries to get out of taking me for a run tonight… We’ll see… I might let her off if there’s anything nice in the fridge… cheese or ice-cream or something. Bet there isn’t though. Mind you, there was proper stuff yesterday… My boy had been cooking and sent me some lamb home with her… all the bits he didn’t fancy. There’s something worth being good for!

What was I telling ‘bout? Oh yes… the alien. 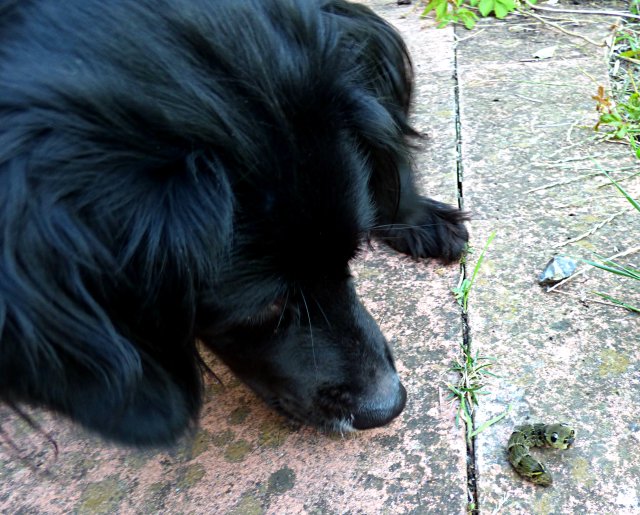 I kept trying, and she came out, ‘ventually. She tried telling me it was some kind of cat or pillow… does she think I’m daft? (Don’t answer that, ball-guy….)I know a cat when I see one, not that I see them for long, mind you… they can run… This thing just stood its ground. I kept pawing round it and barking at it… I even sang to it… but it wouldn’t move! Just reared up like Jack to the giant!

And if it was a pillow I would just have unstuffed it. Believe me, I wasn’t getting close enough to get the stuffing out of this thing!

Then, she tries telling me its an elephant hawk moth. Now really people… does she expect me to believe that thing’s an elephant??? Or a hawk? And it sure as heck is no moth… !

Editor’s note: Oh yes it is…

She says its synchronous or some such thing, ‘cause she was doing pictures of butterflies earlier. Don’t see the connection myself, unless they are aliens in disguise. Hrmph. Then again, we all know she’s weird…

‘Course, by now she’s in hysterics. No.. not panicking… laughing. At me! And gone for the camera thingy. “Well, I never,” she says…’pparently she was only talking about these aliens the other day with the poetry guy. Now, she says he lives up north aways, so these things have really invaded… they’re everywhere! And it must have been going on for ages, ‘cause she says she saw one when she was a puppy too!

So, if you’ll excuse me, I need to get back on duty… I know she moved that one away from the house, but who knows what else is lurking out there?

Sue Vincent is a Yorkshire-born writer and one of the Directors of The Silent Eye, a modern Mystery School. She writes alone and with Stuart France, exploring ancient myths, the mysterious landscape of Albion and the inner journey of the soul. Find out more at France and Vincent. She is owned by a small dog who also blogs. Follow her at scvincent.com and on Twitter @SCVincent. Find her books on Goodreads and follow her on Amazon worldwide to find out about new releases and offers. Email: findme@scvincent.com.
View all posts by Sue Vincent →
This entry was posted in Dogs, Humour, Photography and tagged aliens, Ani, Bibliomancy, caterpillars, cats, Dogs, elephant hawk moth caterpillar, invaders. Bookmark the permalink.

15 Responses to Notes from a small dog XLIII