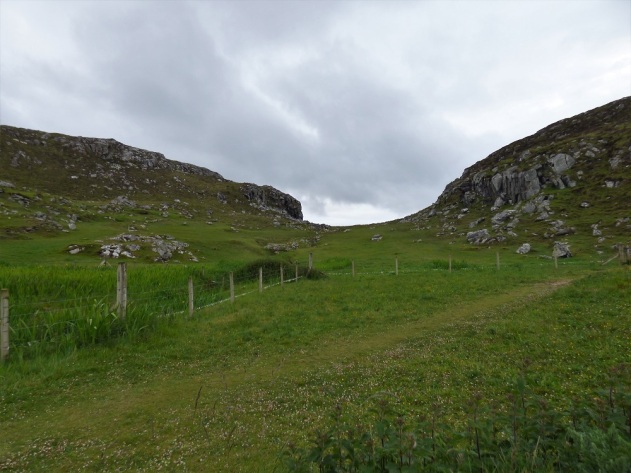 If you didn’t know the house was there, you would miss it… and we only knew it was there because of a helpful sign. Not just a house, but a small village. Only one of the houses is complete and it stands beside the clearest of streams. It is built of local stone, roofed with living turf and held within the embrace of the hills. 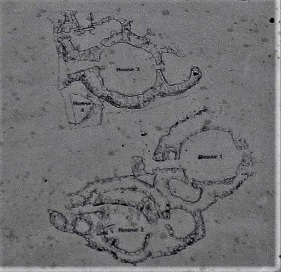 Odd artefacts had been found for many years at Bosta, suggesting that something important might be hidden beneath the shifting sands of the dunes. It was not until 1996 that storms moved the sands enough for the village to reveal itself. 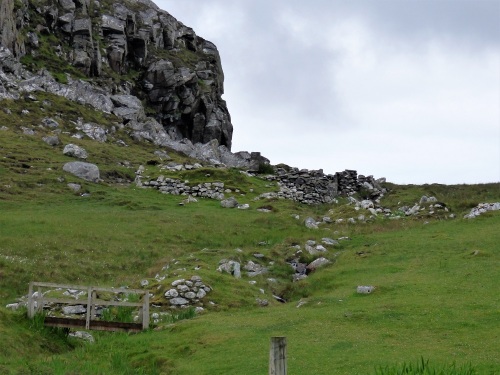 Five houses were excavated, built so that they were half underground, protected by double walls and doorways facing south. With the living turf as their thatch, they would have been hidden from view and, being low to the ground, sheltered too from wind and storm. 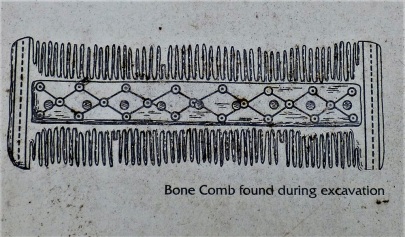 Each house had small chambers opening from a central room with a stone hearth at its heart. Above one of these Iron Age, or perhaps Pictish homes, dating from around sixteen hundred years ago, the remains of a Norse house were also discovered with a midden… a rubbish dump… in which were found many small artefacts. 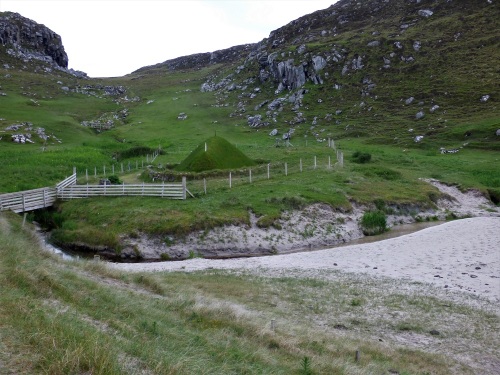 The nature of the terrain meant that all but one of the newly discovered homes had to be backfilled with sand to protect them and at least one of the houses was left completely untouched for future generations of archaeologists to study.

Sue Vincent is a Yorkshire-born writer and one of the Directors of The Silent Eye, a modern Mystery School. She writes alone and with Stuart France, exploring ancient myths, the mysterious landscape of Albion and the inner journey of the soul. Find out more at France and Vincent. She is owned by a small dog who also blogs. Follow her at scvincent.com and on Twitter @SCVincent. Find her books on Goodreads and follow her on Amazon worldwide to find out about new releases and offers. Email: findme@scvincent.com.
View all posts by Sue Vincent →
This entry was posted in adventure, albion, Ancient sites, Don and Wen, france and vincent and tagged Bosta, Callanish, Great Bernera, Iron Age House, landscape, Outer hebrides, pictish, road trip, Scotland, travel, Western Isles. Bookmark the permalink.