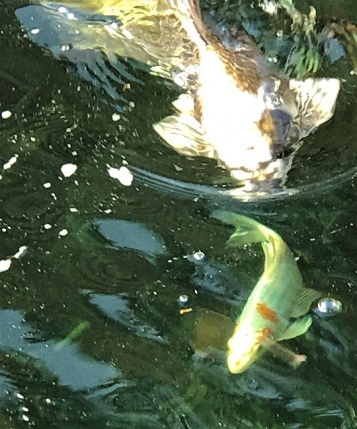 Someone stands out from the crowd

There is always one 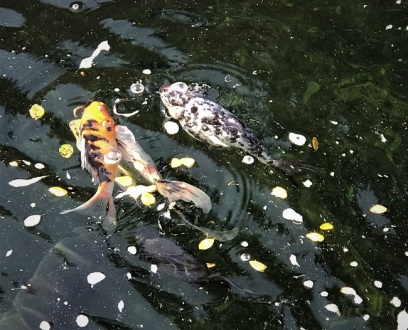 The fish in the pond all have names and quite distinctive characters. Fred, a lovely bright orange butterfly koi, is one of the babies. The markings on his back look like someone has loosely painted him in watercolours. Of the babies, he is one of the bravest. Willow, on the other hand, another of the butterfly koi babies, is still quite shy. She is an elegant fish, a pearlescent white with just a touch of orange. 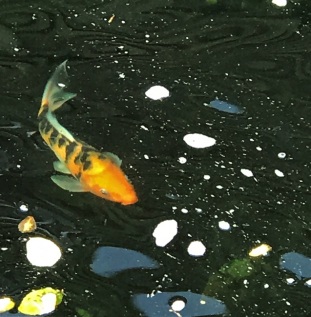 Fido, also known as Happy Fish, is the odd one out in the pond. He is a fairly large ghost koi who spends most of his time parked, motionless, in a corner. We have lost count of the number of times we’ve been told we have a dead or sick fish in the pond… it is usually Fido. 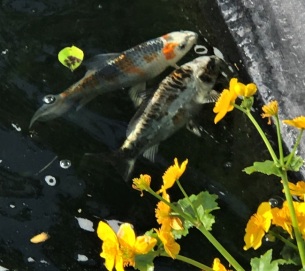 Quite apart for his penchant for playing dead, we think Fido has a problem. He cannot swim at the leisurely speed of other fish, not can he ‘aim’ at food. He can only zip about he pond at very high speed, his ‘gait’ making him look like a mad puppy wagging his tail and pushing smaller fish out of the way with his bow wave. At feeding time, he launches himself at the surface, mouth open, in an eternally optimistic attempt to grab food. Sometimes he is successful. But he always perseveres. 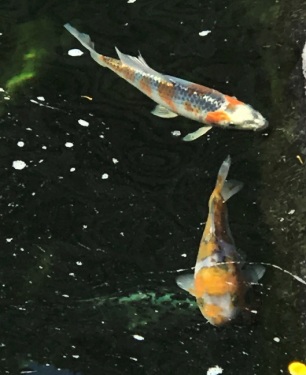 We do not know whether he has some malfunction of the swim bladder that affects his buoyancy or some other malady that shapes the way he can swim… he has always been this way and he is now over ten years old. Whatever the cause, you cannot mistake him for any of the other fish… not even the other ghost koi. But nor can you help smiling when you watch him bombing around the pond and breaking the surface. Perhaps that is why he was one of the first fish to have a name. 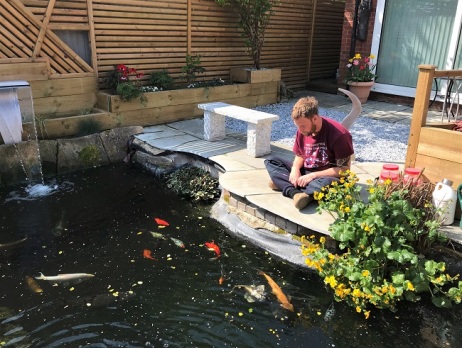 Sue Vincent is a Yorkshire-born writer and one of the Directors of The Silent Eye, a modern Mystery School. She writes alone and with Stuart France, exploring ancient myths, the mysterious landscape of Albion and the inner journey of the soul. Find out more at France and Vincent. She is owned by a small dog who also blogs. Follow her at scvincent.com and on Twitter @SCVincent. Find her books on Goodreads and follow her on Amazon worldwide to find out about new releases and offers. Email: findme@scvincent.com.
View all posts by Sue Vincent →
This entry was posted in Photography, Poetry and tagged different, fish, Garden, haiku, koi, pond. Bookmark the permalink.