Selby Abbey – Faces from the past 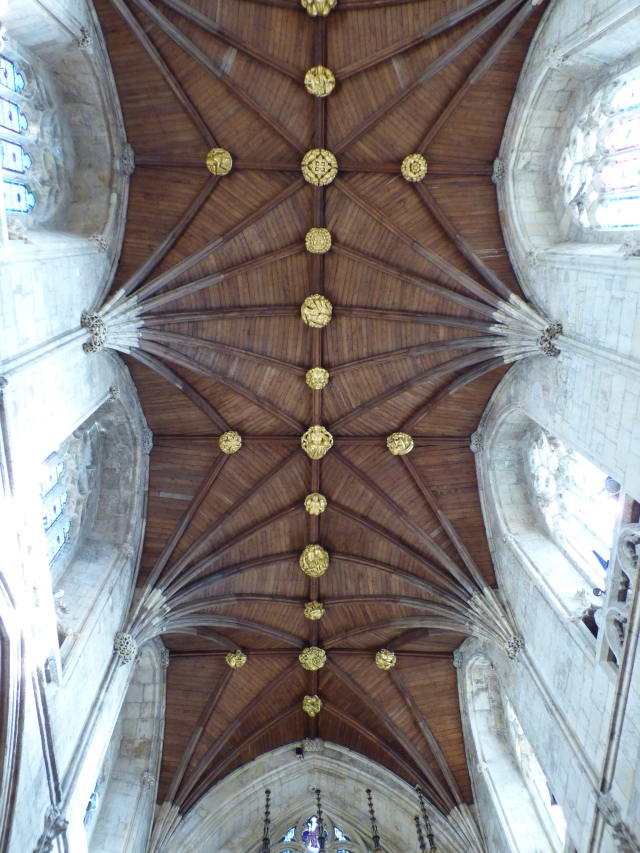 When the church was restored after the fire of 1906, the wooden roof had to be reinstated. Looking up today, you could be forgiven for thinking this is the original work, so faithfully have the beams been reproduced. The bosses, however, are, for the most part, the original medieval work. The bosses were secured to the ceiling beams with wooden pins. When the flames consumed the roof of the church the pins burned away and the bosses dropped to the ground, escaping largely unharmed. Most were recovered, a few replaced and they were all later gilded, restoring the roof to its former glory.

The sun in splendour?

It would need a whole book to tell the stories of those bosses. Nothing was without meaning in medieval church art. Some of the symbolism we can readily interpret, either from the records and legends that remain to us, or from the perspective of modern understanding. Some elements may seem odd to our eyes and there is no doubt in my mind that some are a simple expression of humour and joy. Some meanings would have been topical and are lost to the mists of time; others speak to us at a level beyond logic. 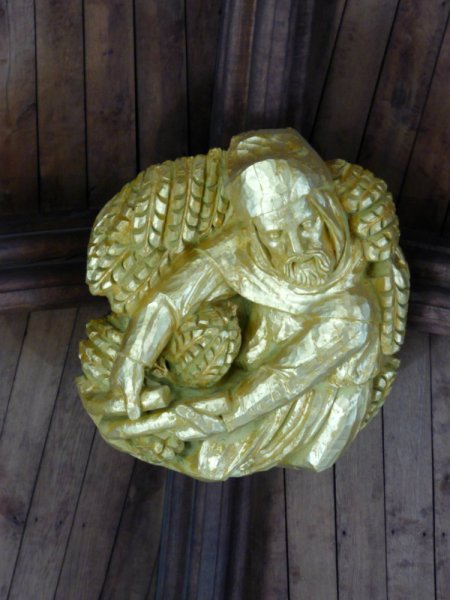 There are scenes from the Bible and from everyday life, such as the man bringing in the harvest. Yet we have to wonder whether this is merely what it seems to be on the surface, or whether there is a deeper and more symbolic message, referring back to the biblical maxim of reaping what we sow. From the perspective of the Silent Eye, we would also look at the psychological significance of that and how what we know of life is shaped by our own reactions and perception.

The sun has always been a symbol for the Son… and for the Light. Its life-giving rays bathe the earth and inner Light illuminates and feeds the soul. The hairy anchorite is a familiar figure to us… the woodwose, Wildman of the woods. Almost every culture has one; in Britain, we think of the Irish tale of King Buile Suibhne who was turned into a Wildman for insulting a bishop… or of Myrddin Wylt, later known as Merlin, whose feral wanderings brought prophetic vision. Or even of the story of St Kentigern … another name that keeps cropping up on our travels… where the details of the wildman, Lailoken, are very similar to those of Myrddin. Today we might interpret the woodwose in many ways, depending upon our perspective, from a need to conquer our baser natures, to a need to retain a connection to our deeper instincts, for it is a common factor of many of these tales that the Wildman has a wisdom that ‘civilised’ man lacks and seeks to learn from them. 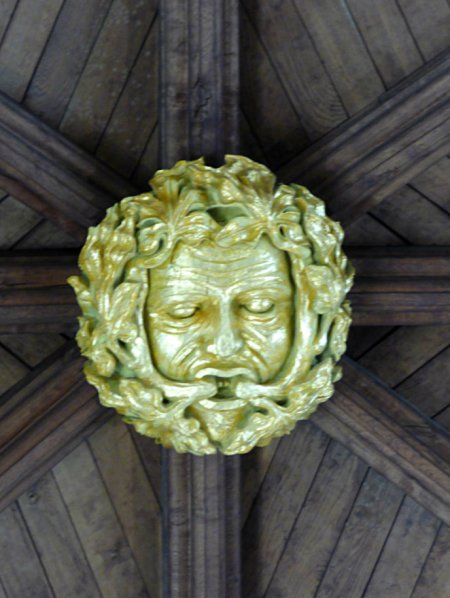 From the Wildman, it is not much of a step to the Green Man. Many writers make the connection through the tale of Gawain and the Green Knight. Books have been written on the subject… many of them… as speculation and understanding start from all points of the metaphorical compass. Some say the Green Man is the spirit of nature, others equate him with the sacrificial victims of ancient fertility rites, with Jack-in-the Green, Jack o’ Lent and even a prototype of Robin Hood. 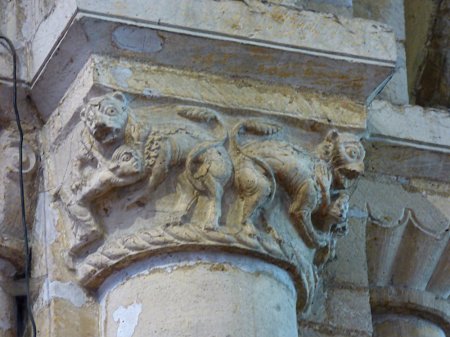 Christianity tends towards an equivalence of the green, growing shoots with the death and resurrection of Jesus, although sometimes the Green Man is associated with Judas Iscariot… perhaps an understanding of the principle of ‘necessary evil’ akin to that of Set as the Contender in the Egyptian Osirian myths. We may never know the true meaning the symbol had for those who carved it… perhaps it is enough that it makes us think… but there is at least one Green Man, very often more, in many of our older churches. 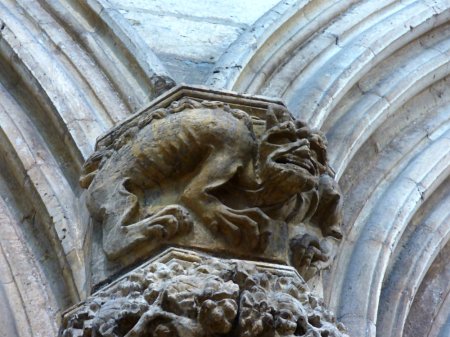 There are strange, otherworldly creatures and demons in glass, wood and stone, like the Selby Imp who clings to a column to the south side of the High Altar. Stories in stone that we cannot read with any certainty, like the twin beasts with the human figures… wrestling, hunting or hunted… who knows? Do they warn of the devouring nature of sin or promise victory to the faithful?

Three enigmatic hares share three ears between them… a symbol of fertility…of the Trickster figures of mythology… of the Trinity… there are no records to tell us what it meant to those who carved it, but it is a symbol that occurs across many lands and faiths. It is a symbol with a personal significance for me for many reasons and on Sunday my granddaughter will be christened in the little church close to my home where its earliest representation in Britain hides on a small tile by the altar. 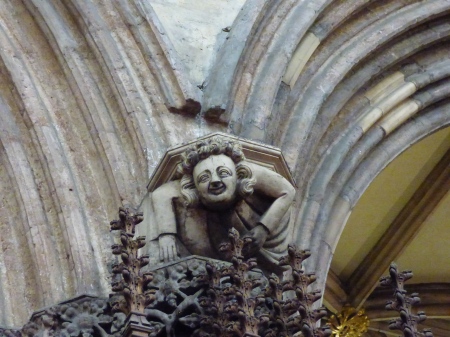 Caricature? Portrait? Or something more symbolic?

Everywhere you look it seems that eyes look back from caricatures, portraits and beasts of a warped imagination. Look at the serene statue of a bishop and you notice the figure beneath his feet. Look closer and faces stare from the canopy above his head… and beside his feet, two people… or one carrying a head? It is not enough to simply visit places such as Selby Abbey; you have to look, really look… and what you see will leave you with food for thought for years to come.

Sue Vincent is a Yorkshire-born writer and one of the Directors of The Silent Eye, a modern Mystery School. She writes alone and with Stuart France, exploring ancient myths, the mysterious landscape of Albion and the inner journey of the soul. Find out more at France and Vincent. She is owned by a small dog who also blogs. Follow her at scvincent.com and on Twitter @SCVincent. Find her books on Goodreads and follow her on Amazon worldwide to find out about new releases and offers. Email: findme@scvincent.com.
View all posts by Sue Vincent →
This entry was posted in adventure, Photography, scotland road trip, travel and tagged church Selby Abbey, green man, roof boss, symbolism, three hares, wildman, woodwose. Bookmark the permalink.

6 Responses to Selby Abbey – Faces from the past